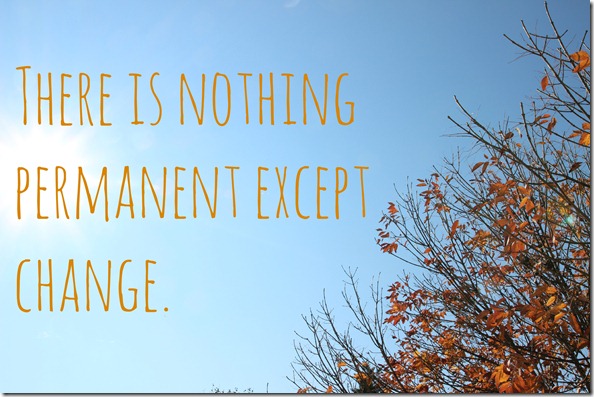 Happy Wednesday!  Can you believe October is almost over?!  I certainly can’t.  I’m excited for the upcoming weekend, too.  I’m ready for it to be Friday.

Breakfast before dropping Henry off at preschool: 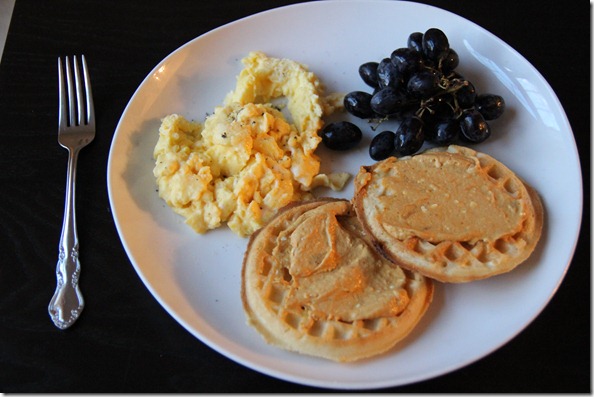 Speaking of time flying, you should see how fast the hours tick away when Henry is at school!  There’s always so much I want to do (including laying on the couch, hah) and never enough time.  My first errand of the morning was a trip to the grocery store.  Then I went to a prenatal appointment. 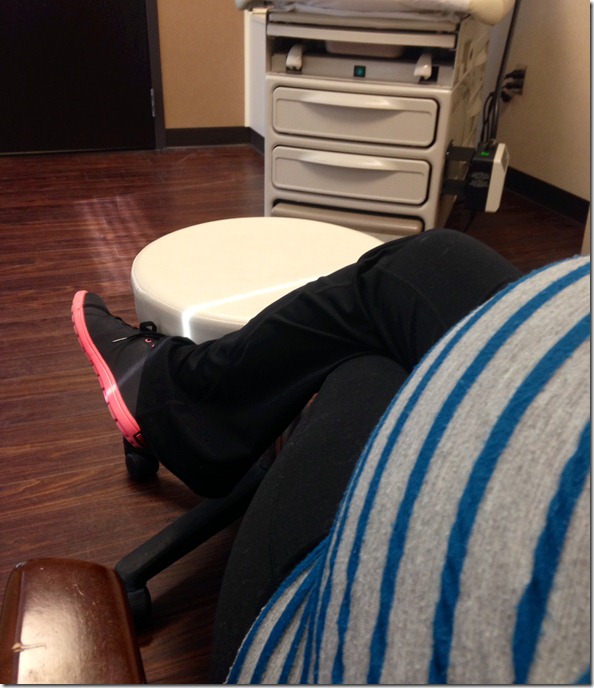 Verdict:  everything is good and normal.  Baby is HEAD DOWN but legs are firmly in my side.  Maybe this kiddo will be a tall one?!

Then, I got my vote on.  Very grateful that I was alone – the line was long and it took 30 minutes to vote. 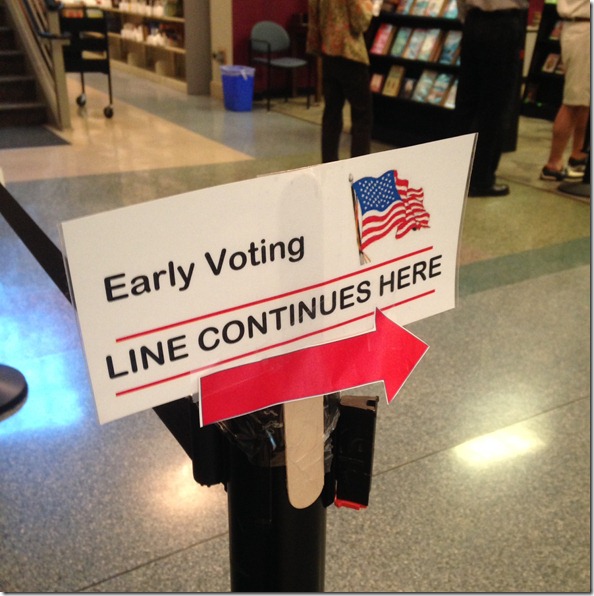 Came home and had breakfast #2: 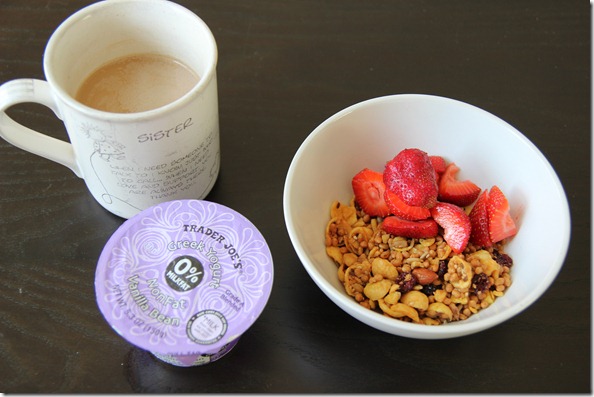 I used to post funnily-serious-but-not-actually-serious debate topics on the blog all the time (there’s a round up list at the end of the post), but haven’t for a while.  Well, I finally thought of a good topic – the thermostat wars! 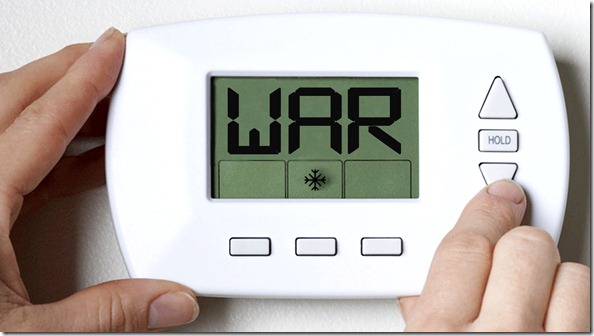 The Husband and I argue about very little.  But one major bone of contention in our marriage is the thermostat.  I swear, we’ve argued about the thermostat every fall and every spring for the last decade.

I do not like a warm house.  I would rather be chilly and pull on fleece sweats and a hoodie than turn up the thermostat.  Especially at night – a warm bedroom at night is a killer.

The Husband hates the cold.  He wants to be able to walk around in minimal clothes and be toasty warm, even when it’s chilly outside.  He hates to be cold at night or to put on the ceiling fan.

So – as you can imagine, there’s a constant battle over the thermostat.  He puts it to HEAT, and I sneak downstairs and turn it back to COOL.  Or I coincide the HEAT setting but punch down the numbers… only to notice the next day that they’ve crept back up!  Hah.  It’s actually pretty comical.

Then, every year, we both start sending each other Internet articles to “back up” our claims (mine is that we save “soooo much mooooney” even by changing it a degree or two and his is that constantly forcing the heat to come on instead of just keeping it level burns up the cash).  We even enlisted the opinion of our HVAC guy – he said that it really just depends on the temperature in the house, the house itself, the temperature outside, etc.  And trust me – you can find articles supporting your “side” either way online, so I think unless you’re talking extremes either way, there’s no clear cut “right” answer.

Do you feel strongly about the temperature, too? Are you involved in a thermostat war?  Who is winning?

Do Personal Records Ever Expire?

Women’s Only Races: No Men Allowed?

Who are the Hardest Working Athletes?

Do Dogs Belong in Bed?

The Grey Area: Are Marshmallows Vegetarian?