A few weeks ago, I rented my Halloween costume. 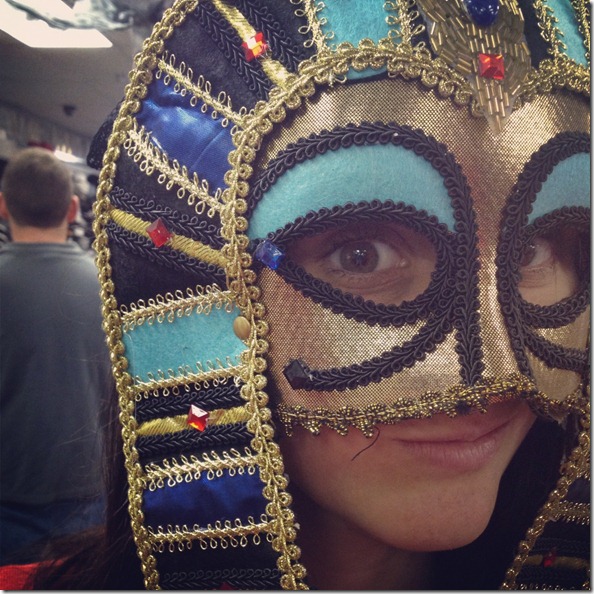 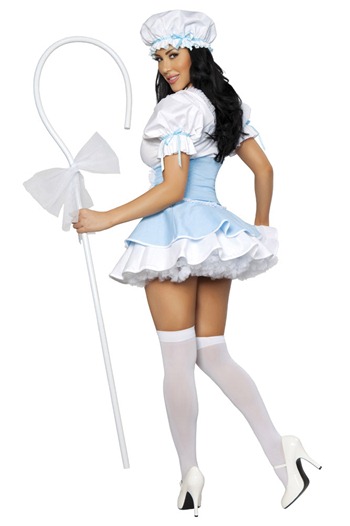 I went with a Cleopatra costume.  The dress comes down to my ankles.  The neckline is scooped and flattering.  The silhouette is loose and flowing.  Is it sexy?  Hell yes.  Will I be half-naked?  Heck no. 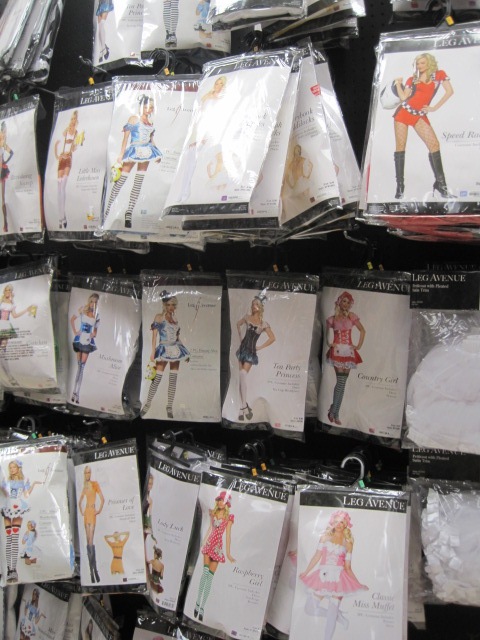 Sexy costumes and I have a long, storied history, starting with… freshman year of college.  Of course.  I was ‘that girl.’  My best friend was actually a Hooters waitress over the summer, so I borrowed one of her work uniforms for my costume.  It was, obviously, very sexy and very revealing and (actually) a really good costume because it was so authentic.  It was also freezing because it was October 31 in Pittsburgh, Pennsylvania.  The next year, I was a ‘sexy’ schoolgirl – short skirt, tummy bared.  And that was the end of my sexy costume experience.  The following year, I was a football player.

Why did I dress sexy for Halloween?  A decade later, I’m not sure.  I would say that it had a lot to do with becoming ‘an adult’ and getting to make my own decisions without parental approval.  It also had something to do with the culture I was involved with (namely, the college drinking scene).  Women were expected to dress sexy.  Intricate or funny costumes weren’t valued.  Mostly, I did it because everyone else it.

A few years ago, I started to go on an anti-sexy Halloween costume kick.  I wanted to wear ‘real’ costumes – costumes that involved a lot of planning, a funny pun, a pop culture reference, or – at the very least – a sweet rental outfit. 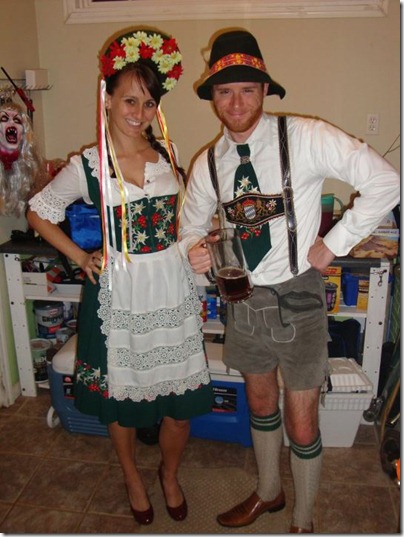 Sometimes, my costumes were hot, but they weren’t the skimpy costumes of my college days (remember, you can be hot without being half-naked).  And year after year, I rolled my eyes at the rows and rows of ‘sexy’ costumes for sale.  I wondered how the hell costume makers came up with gems like…

Sexy Orange and Lime Wedges  (No. Seriously. What the heck?) 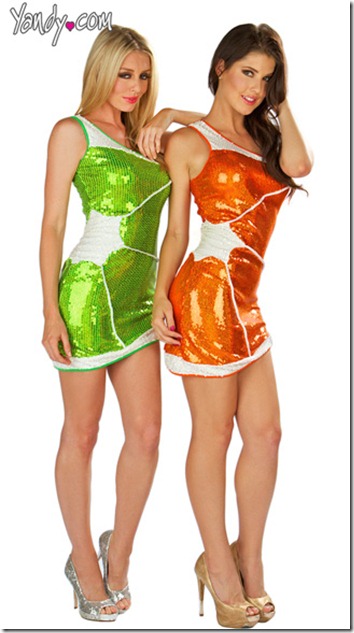 Sexy Tootsie Roll (“What are you going to be for Halloween?” “Oh, a sexy piece of candy!”) 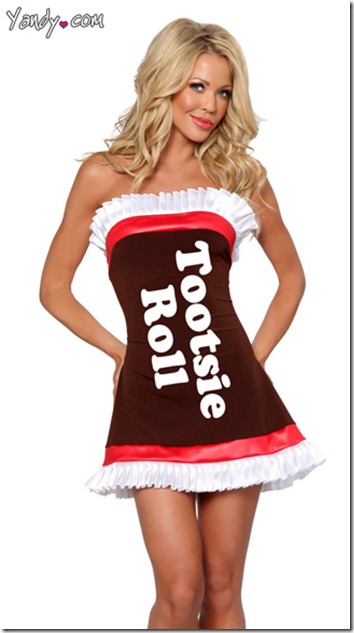 Sexy Honey Badger (I don’t even know what to say.) 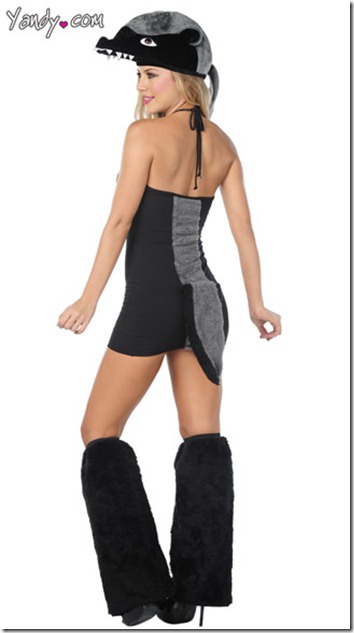 Sexy Magical Unicorn (Since when do unicorns wear leotards?) 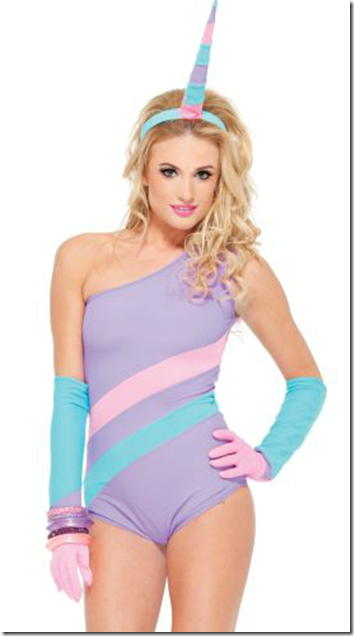 Why was I so anti-sexy?  Well, this Jezebel article sums up my feelings quite nicely:

Remember as a girl when you planned your costume for weeks? When you couldn’t wait to show it off at school? When the best part of the night was sorting your loot into piles and pigging out on your favorites? Try and bring a little bit of that magic back this year. The whistles and stares are a lot like the candy we feast on: full of sugar but little substance. This Halloween, try dressing for yourself, not for the crowds.

"Please pull the sticks out of your asses about Halloween… Every year, when Halloween rolls around, everyone complains about the sexy thing."  Dan noted that our society puts tremendous pressure on us all to conform to what is ‘normal,’ especially in regards to our sexuality.  And he says that Halloween is basically a straight person’s gay pride parade – a chance to let loose and relax in public, to act out our desires.   Women are not oppressed because of the sexy costume industry – it’s a chance for them to explore.  Men don’t have similar sexual costumes because that’s’ just not the way that attraction works.  Men are turned on by seeing lots of female skin; women don’t necessarily have the same reaction.  We should accept that this is fine – “Halloween is a sexy, sexy celebration of heterosexual lust and desire.” Can we please stop shitting on people who want to dress sexy on Halloween?  It makes us look like hypocrites.

Dan’s argument almost got me.  In fact, now I’m waffling on whether there is something ‘wrong’ with sexy costumes at all, especially from a feminist standpoint.  I still do think that sexy costumes are kind of – honestly – lame (and I can say that because I used to wear them).  They aren’t good costumes; they won’t win any contests.  They aren’t memorable for any other reason beyond the fact that they show a lot of flesh.  But if it makes your bedroom activities more exciting and fun – well, I guess I can’t complain about that.

And like so many things, perhaps whether the sexy costumes are ‘right’ or ‘wrong’ has more to do with the mindset of the woman wearing them.  If she wears a Sexy Magical Unicorn costume because she feels like that’s the only way to be worthy on Halloween (perhaps like I did in college), maybe that’s not so great.  But if she wears a sexy get-up to snag a guy and have a sweet Sexy Magical Unicorn make-out session on the dance floor… well, more power to her. 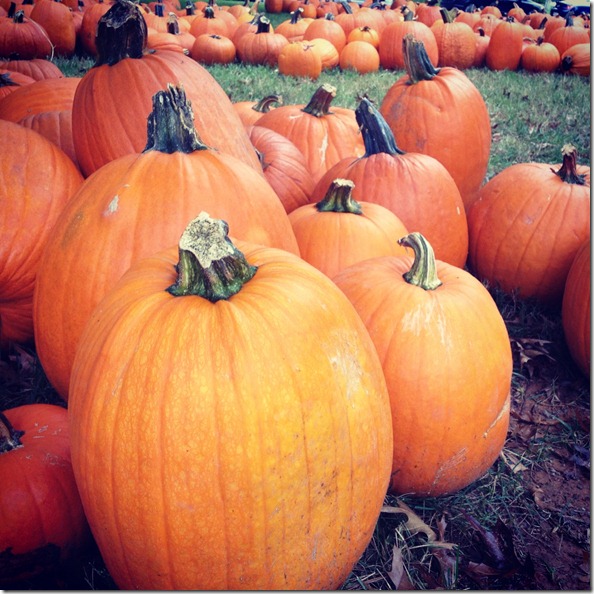 So – what do you think?  Sexy Halloween or not-so-much?  Or what about a sexy costume that isn’t quite so revealing?  Is Halloween about sexuality or are these revealing costumes just a meaningless display of flesh?  Annnnnd… debate.