Hey, hey.  How’s your hump day?  Mine has been going swimmingly – minus a scary dog encounter on our walk this morning (poor James got bullied).  After a long day of work, I’m excited to unwind with a friend date tonight and a couch date with the Husband – Game of Thrones, anyone?

Anyway, time for more reader and blogger success stories to celebrate the release of my second book.  I hope you’re enjoying reading them as much as I am – so motivational in so many different ways.

Read on, my friends… 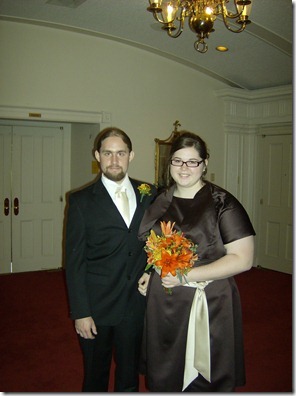 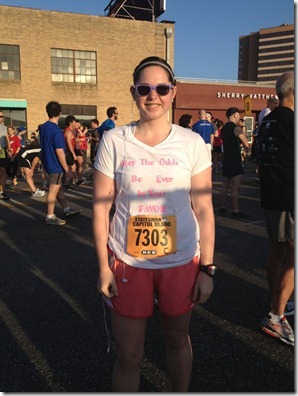 Meredith wrote:  In 2008, I was a junior in college, 250 pounds, and unhappy. But I ignored the unhappiness and kept on living the college life, passing myself off for a person who was much more content with herself than I really was. I had grown up relatively healthy. I was always the chubby kid, but I was a year-round, successful swimmer so things were more or less under control. The summer between high school and my freshman year of college, my parents divorced, something that I now recognize triggered a lot of the initial unhappiness. With the stress of my parents’ divorce and the first years of college, I packed on the pounds. I stopped going to the gym, stopped swimming, and inwardly was very, very self-conscious.

Then, one day in November of 2008, I got the news that changed my life entirely: my father had committed suicide. This isn’t something I share often, but I know the importance of sharing his struggles in removing the stigma of mental health and bringing attention to something that is considered somewhat taboo in today’s society.  Walking out of the church at his funeral, clinging to my older brother’s arm and sobbing, I saw all of the pity and concern for those around me and my own unhappiness was reflected in their expressions. I went back to campus for the last week of campus and slunk away to spend a month healing mentally over Christmas break. One day, I simply knew I had to change things. I knew that if I continued to feel the way I was feeling, I would never be happy and that scared me because of what it had done to my father. Knowing I could never get my father back but that I could get my life back, I made a plan.

I went back to campus, taking advantage of the nutrition services offered to me and waking up at 6 AM to go to the state-of-the-art gym. After I lost 20 or 30 pounds, I started Couch to 5K and began to like running. Eventually, I graduated college a semester early and started a newer, healthier life. The weight continued to come off, reaching a loss of 75 pounds. I soon moved to Austin, Texas for graduate school where, I will admit, I put back on about 20 of those lost pounds due to stress and the (wonderful) distraction of a new relationship. I loved myself finally and could fall head over heels in love with someone else. In August 2011, I started training for my first half marathon and the weight started coming off again. I’ve since lost the weight I put back on, plus almost another 10. I’m the fittest and leanest I’ve ever been in my adult life, completed a half marathon in February, and I’m about to move to DC and start a new life and a new career with the guy I love. Things could not be better right now!

It feels so good to write it down and look at my success again. I can’t believe how wonderful I feel. In November, it will be four years since my father took his own life.  While I miss him every day with every fiber of my being, I can truly say I am a happy, content person and he would most certainly be proud of me.

Katie Finds Herself Through Fitness 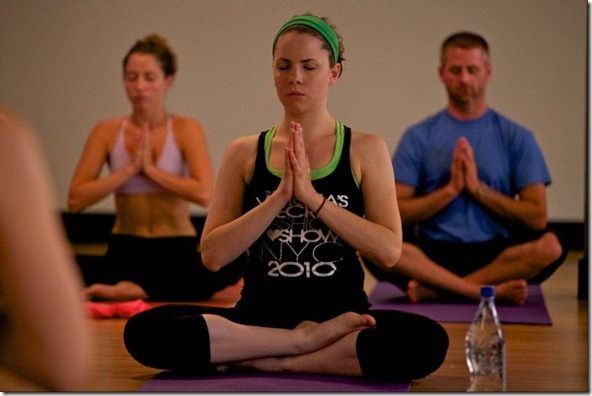 Katie wrote: As with many young women, I grew up with severe self-esteem and self-image issues that affected me during my high school years.  I wasn’t one of the “cool” kids and while that didn’t matter so much, I wasn’t comfortable in my own skin and that did matter.   When I went off to college I took it as a new start to my life and the way I viewed my body.  After the first two semesters, I joined a gym and fit in workouts between breaks in class or wherever else I could.  I started getting in shape and immediately could feel the benefits of my workouts, both emotionally and physically.  After I got injured the summer after graduating, my workouts ceased to exist and after nearly a year of rehabilitation, I decided I was ready to get back out there and try something new: running.  Bad knees and asthma always kept me away but after a push from a friend, I decided to give it a go and it didn’t take long for me to get hooked.  I actually found it helped me control my asthma.

Life after college has been no easy journey for me, and it has definitely taken it’s toll on my physical and emotional state, but through all of the roller coaster rides I have continued to build on the foundation I began for myself in college.  As life as thrown new curveballs, I have run a little further or faster… or taken the break my body needs and deserves.  I have learned to handle my stress.  I have learned to carry my head on my shoulders.  And maybe most importantly, I have learned to love the body that was given to me. (You can read more on her blog) 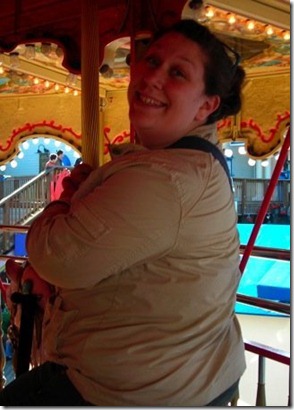 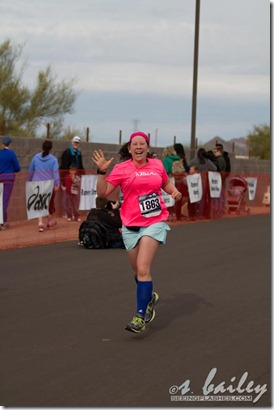 Ari wrote, “My story is pretty typical of anyone who grew up overweight, or even anyone who grew up different. Like so many girls, all I wanted was to fit in and feel accepted. Even before I was overweight, I just never had that tiny body type that is considered "ideal" (whatever that actually means) growing up. I did what a lot of people do, and used food as a comfort. I snuck food, hid candy bars in my room, felt ashamed and depressed. Only I had no idea that any of these things were abnormal.

This negative behavior continued through junior high, high school, and even into college. I would eat until I felt physically ill, but I honestly was so clueless about my behaviors. You see, growing up I had always seen other kids eat whatever they want, and I was certain that my weight was purely based on the fact that I was unlucky. I took no responsibility for my actions and had no insight as to how unhealthy I was. It wasn’t until I got to college and had friends who made health their priority that I began to realize how my choices were affecting me. I weighed 230 pounds. I was embarrassed to go out in public, or even socialize. I felt constantly ashamed and depressed.

I wish I could explain exactly how my ‘Healthy Tipping Point’ happened. I wish I could make it happen for everyone I know. But all I know is one day, enough was enough. I saw that this was not just the hand I was dealt. I was making these decisions. I am responsible for my health, my body, and most importantly, my own happiness. For once, I was honest with myself. I knew I wasn’t ready to tackle my food choices yet. It was embarrassing to admit that food had that much power over me, but I knew I needed to be completely honest if I was going to be successful, and I made the decision to start small, and start going to the gym a couple of times a week.

I was surprised to find out how much I enjoyed exercising, and how great it made me feel. After a few months of consistent exercise, it was part of my routine, and I was ready to tackle an other small change. I cut out fast food. Then I cut out deep fried food. Then white bread/rice/etc. I kept finding small things I could change that I didn’t feel like I would miss much. All of these little changes added up, and I found that within a year, I had lost 60 pounds. I have to admit that seeing my progress on the scale was a huge motivator, and that although I use the term "cut out" for all of these things, now that I have learned how to eat healthily, I don’t consider any food off limits.

The ironic thing is I thought weight loss was a means to an end, but what I realize now, is that it was merely the beginning of my journey towards healthy living. Today, I have lost 75 pounds, and since my weight loss has stopped, I’ve been inspired to set and achieve new goals. Last October, I was seeking a new challenge and decided to start running. I had never run more than 3 miles, and I had certainly never enjoyed it, but I signed up for my first 5K, and found a new kind of motivation, and passion. Since then, I have run 2 half marathons, and signed up for my first full marathon. If you had told me 4 years ago that my life would look like it does today, I would have laughed in your face!  But I have discovered that if you put your mind to it, you really can do anything, and I have never felt so powerful or capable in my entire life!  (You can read more on Ari’s blog.)