We brought the fur kids to FABO today.  I love that you can bring pets (dogs or cats!) to this local coffeehouse/art gallery!  And trust me, James loves it too. 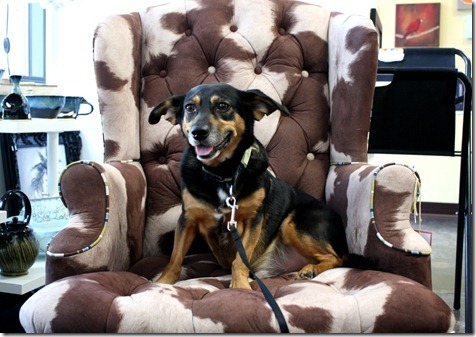 Maggie… not so much.  She gets frightened when people come over to pet her, and every time the door opens, she tries to run away.  Silly pup.  After sitting there for three hours, she finally adjusted and actually had a nice time.  She is just so anxious in social situations… 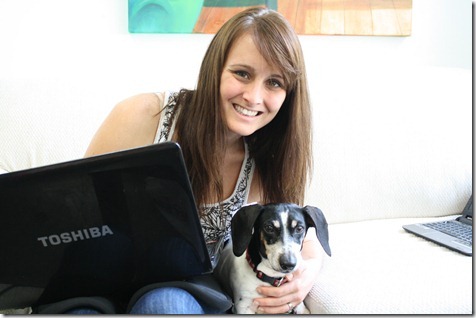 Did I mention James is a natural coffee shop dog?  He got petted by at least six people, including lots of kids.  He pretty much owned the place by the time we left. 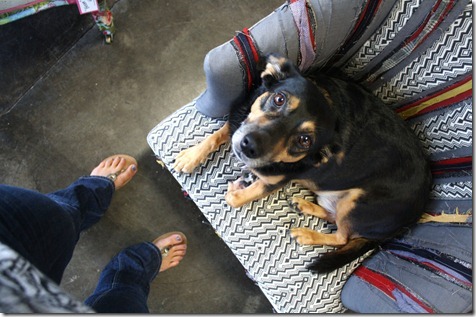 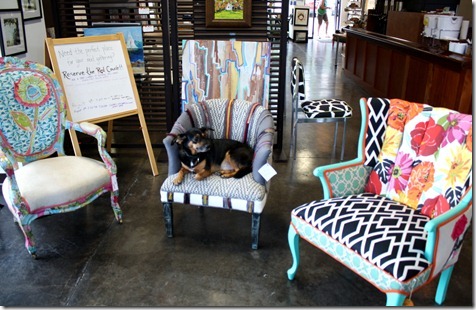 Since we were there all day long, we brought some lunch (FABO only sells coffee and desserts, which we bought, too).   I packed a spinach, goat cheese, and almond salad + steamed and salted edamame. 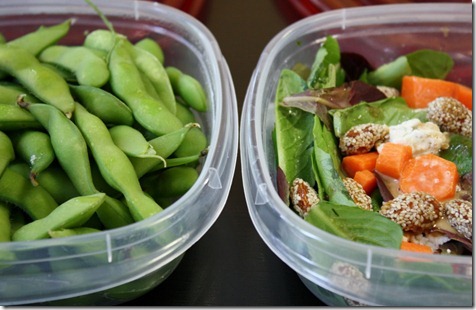 Plus one million cups of green tea.

The Husband and I were both so productive.  There is something so magical about coffee shops.  Just being in a bright, sunny, funky coffee shop like FABO boosts my productivity 200%!

Came home and had a date-sunflower butter snack: 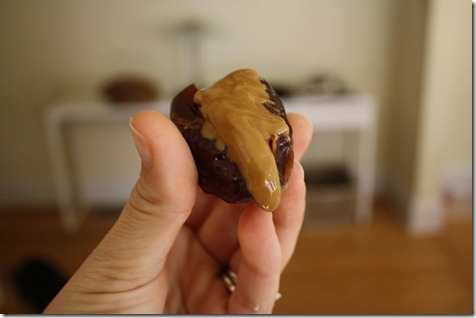 And then I watched Chitty Chitty Bang Bang and cycled.  Olympic triathlon in less than a week!  Must… get… saddle… time… in! 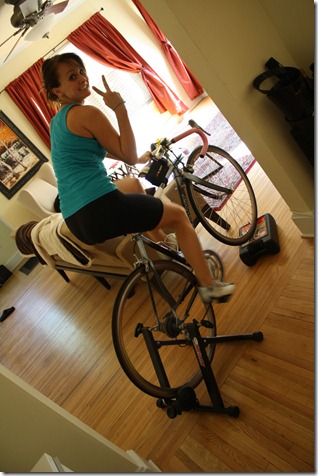 And guess what?  Tomorrow, I’m doing a spontaneous TRIATHLON RELAY with Jen and her brother-in-law’s girlfriend.  They needed a runner and I volunteered at the last moment!  Jen will swim, her friend will bike, and I will run… a 10K.  I have not run a 10K in MONTHS – since March!  I’m excited but a little nervous too.  I hope I can keep up. 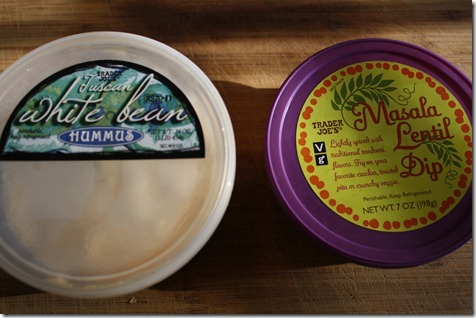 I mixed white bean hummus and masala lentil dip (from Trader Joe’s), some soy sauce, and hot sauce.  It was spicy and flavorful.  On top of steamed collard greens, kidney beans, and yummy millet. 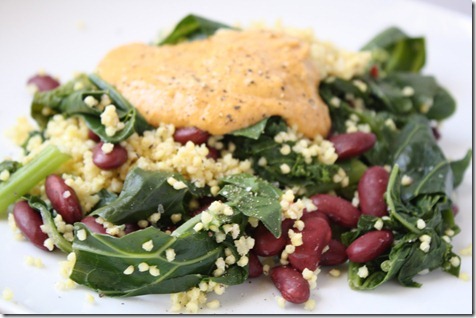 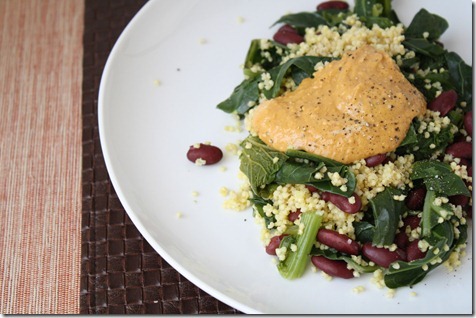 Well, we’re talking about going out, but since I have to wake up hellah early for the triathlon relay, I’m going to call it an early night.  Dessert is likely in the future!  Mmm mmm.