Personal Tidbit: Training to be a teacher 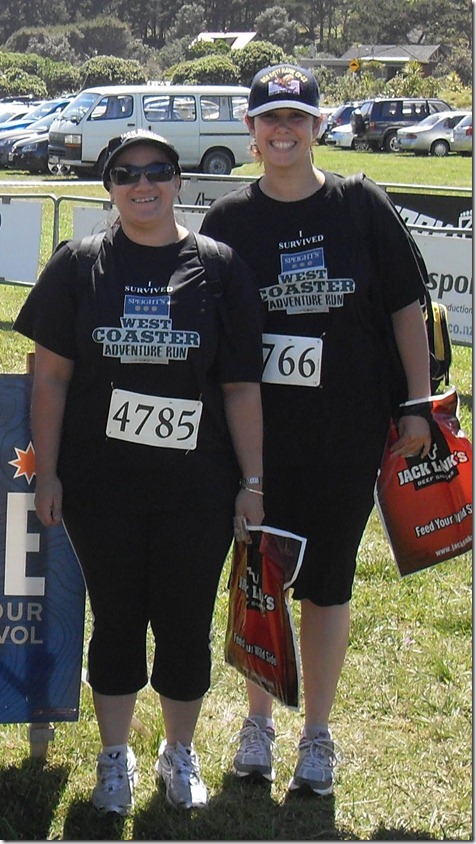 When my friend Caz emailed me telling me that she had signed us up for the Speights West Coaster (“one of the finest (and undeniably one of the toughest) events that New Zealand has to offer”), I was excited. It was a challenge I would never have signed up for by myself, but having a friend do the scary first step helped… And meant there was no backing out!

The Adventure Race, which also includes a trail marathon, is along the Te Henga Walkway, which is “certainly not for the vertigo challenged,” according to the website.  “In places it is extremely steep and narrow and remember you go both ways on it.  Those not fazed by it will get to enjoy the absolutely stunning cliff top views – there will never be a boring moment on this track!”

In the weeks before the event I had about six assignments due and I basically didn’t move from my couch except to go to class and hand in said assignments. To say I was undertrained would be an understatement. So I changed my goals to finish and have a blast. And I did!

The race had a late start: 10:00 AM. We arrived a little early and got our bearings. Before we knew it we were off! The race had major uphill and downhill sections and the first kilometer was all uphill… after crossing a river.  Caz started having an asthma attack halfway up the hill so we stopped so she could recover. We pressed on (in last place) but we stopped often because of Caz’s asthma. There were many times when we thought about turning back, but we knew we would regret it if we did.

We took things slow, walking the whole time, and stopping when we needed to. We cheered on the people running past us (out and back course) and took stunning photos. When we got to the turn around point we rested and chatted to the first aid guy there. The only way out at that point was by emergency helicopter, and since Caz was feeling much better, we started heading back to the finish line. 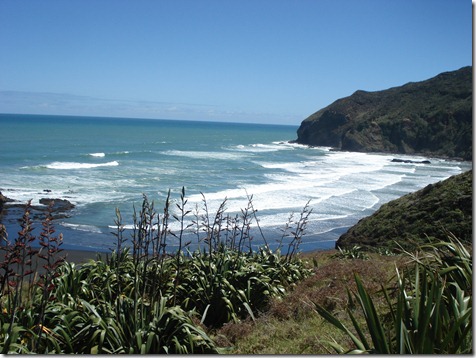 We finished the course in 3:17:00 and we were the last 10Kers over the line by an hour.  BUT we didn’t care! 🙂 We had finished. We went in with the goals of finishing and having fun and we did just that. We went at our pace and realized that we were undertrained so we didn’t push ourselves too much.  There were also things that happened beyond our control (asthma, well-meaning people trying to tell us we had missed the turn around sign when we hadn’t!), but we just went at our pace and laughed the rest of it off.

Would we do it again? In a heartbeat. Would we train a little better? Definitely.

Race Recaps is a blog series that features stories from readers + other bloggers who just completed races of all distances and paces… including 5Ks, Marathons, Ironmen, and Triathlons.  If you have a story of an epic recent race, send the recap + picture to caitlinjboyle@gmail.com.