One of Those Days

It was a gorgeous Sunday, but it was also one of those days.  Know what I mean? 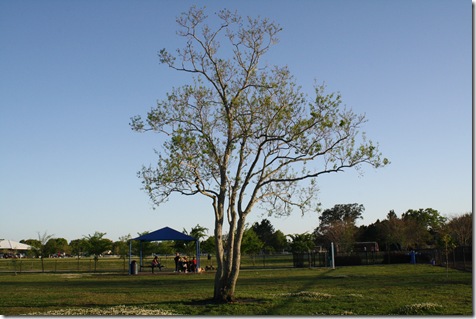 It started off quite well.  I slept in and recovered from my trail race quite nicely.  My muscles feel great; however, the ankle I rolled around Mile 4 is giving me trouble!  I’m bikeable and walkable, but probably not runable.  Maybe tomorrow?

Breakfast was delicious, too! 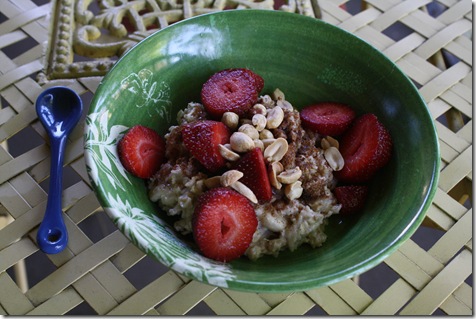 I had banana oatmeal: 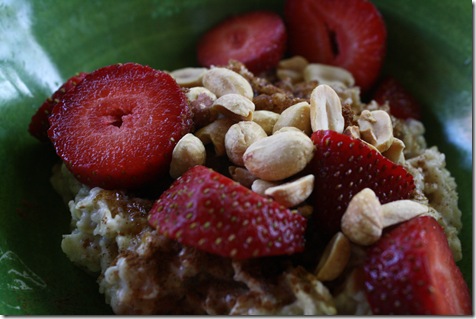 I got my work on, and then made lunch. 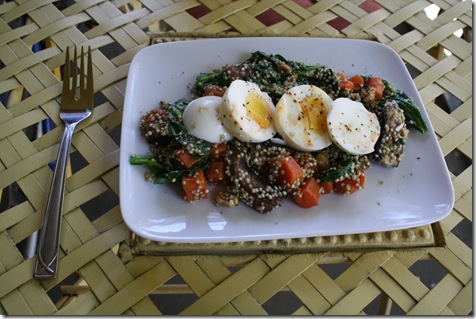 Lunch was really, really delicious and something new!

I boiled 1/4 cup of quinoa and then added the cooked grain to a wok with boiled carrots, raw spinach, mushrooms, garlic, peanuts, and olive oil.   Once the veggies were soft, I plated it and topped it with a hard boiled egg. 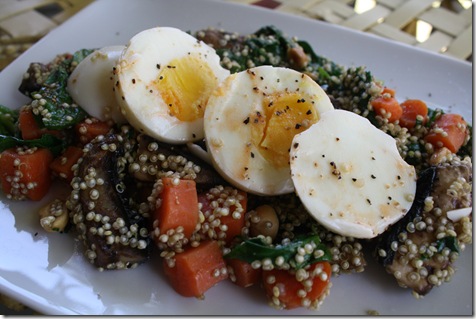 I worked some more (I seriously worked and wrote all day!) and then decided it was time for a snack.  I was craving a Cherry Chocolate Bomb (1 cup almond milk, 1/2 a banana, 15 frozen cherries, Nesquik, and 2 cups raw spinach).  Unfortunately, while making the smoothie, I stuck my hand into the blender (why, I don’t know), and sliced open my finger. 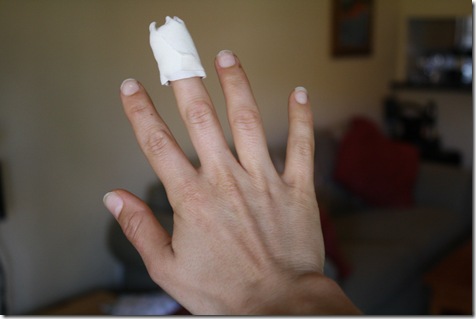 But I still finished the smoothie: 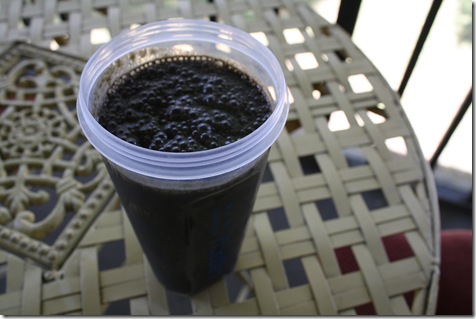 And ate a Clif Bar (this is my favorite flavor!): 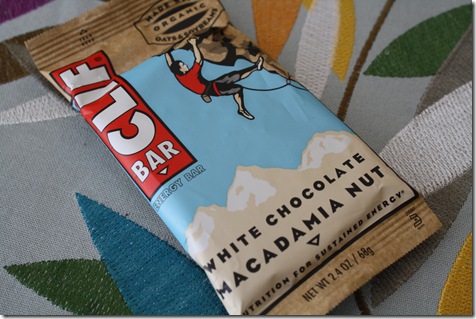 And then I wrote SOME MORE!  I was having major writer’s block and getting super frustrated.  The Husband suggested we take the dogs to the park, and I practically leapt out of the chair.

He also suggested we bring wine, which was pretty awesome. 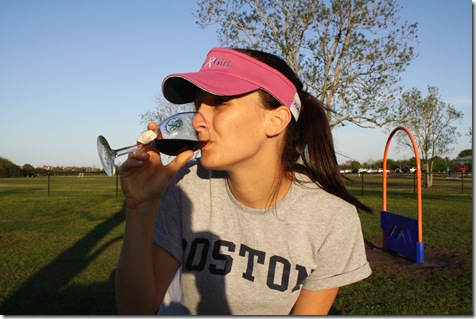 I had two glasses.

Maggie and James had fun, too. 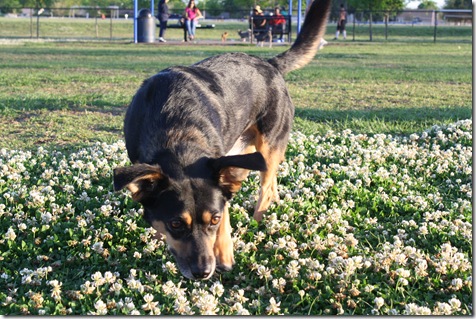 Unfortunately, on the way home, we realized we had a flat tire.  Ugh!!! One thing after another today.  We had to break a dollar to get quarters for the machine, so I had a lollipop and supervised the Husband. 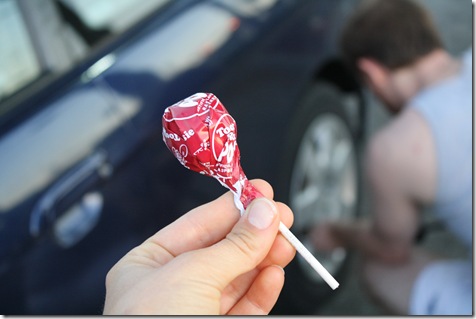 I hope it’s not flat-flat and just low on air! 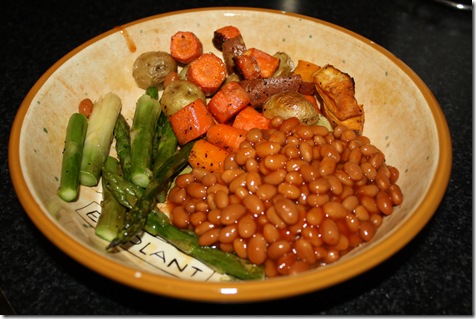 Whew!  Here’s to hoping tomorrow goes a little more smoothly.  Did you have a nice day?  I sure hope so!  🙂