Would I Eat My Placenta Again?

I got an email last week from a reader named Hannah.  She asked:

I was just wondering if you wouldn’t mind sharing your experience with placenta encapsulation this second time around.  I know your births with both Henry and Claire were very different, but do you think there have been any noticeable differences in your postpartum self (mind & body) that you would attribute to the pills?  Any similarities after both Henry and Claire’s births that you think are a direct effect of the pills? 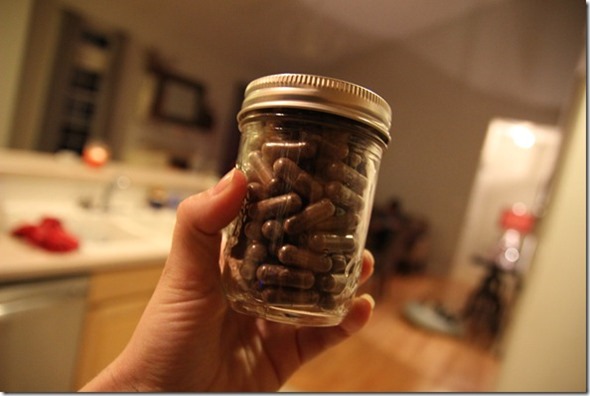 So, I ate my placenta after both births.  I didn’t eat it-eat it (no gnawing on raw placenta for me, thank you very much).  I paid a specialist to come to my house after birth.  She dehydrated, pulverized, and encapsulated my placenta into little pills (as shown above).   Local readers – I used this company both times, and they are awesome. 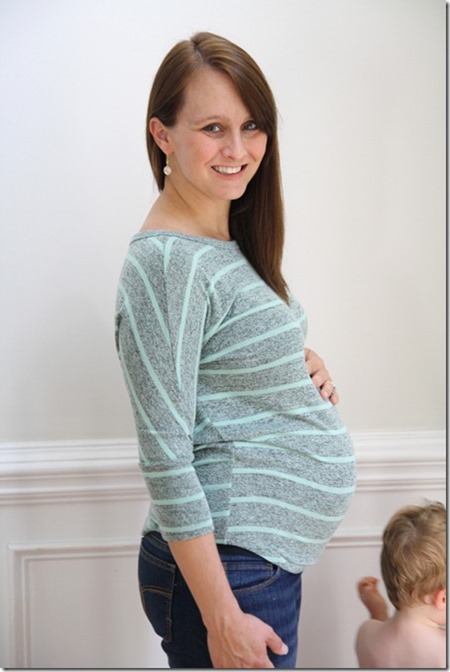 Perhaps you are thinking, “What the heck are you talking about? Why in the world would you eat your placenta?!”  I wrote this explanation out last time:

Placentophagy (the act of eating your placenta) is a Traditional Chinese Medicine (TCM) practice that has been done in China for thousands of years.

Those who support the practice claim there are many, many benefits – ingesting your placenta is supposed to help stop bleeding; increase breast milk supply; boost iron, Vitamin B, and other vitamin stores in the momma; reduce the risk of post-partum depression; and stabilize mood.  I’ve personally spoken to many women and midwives who were thrilled with the impact that placentophagy had on their health.  One midwife even told me of a women who was hemorrhaging after birth – she asked for her placenta, took a huge raw bite out of it, and the bleeding stopped!

Another argument that I’ve heard for placentophagy is the fact that most mammals eat their placentas.  However, this argument has never really rang true to me – I’ve always thought that animals probably eat their placenta to help ward off potential predators.  Or they really need a snack and don’t have access to a refrigerator.  Also, dogs eat their own poop.

So.  I ate my placenta after giving birth to Henry and didn’t think it made a huge difference.  But I had nothing to compare it to, right?  I took my pills as instructed.  I got a touch of the post-baby blues and anxiety, but nothing severe like PPD.  But I did see a lot of ‘positives’ in my post-partum period.  My body bounced back pretty quickly, and my milk supply was always abundant.  My take-away after Henry was that I wasn’t sure if the pills helped, but they definitely didn’t hurt, so I would do it again.

Claire was born and I had my placenta encapsulated again.  And that is when I really felt the benefits.

I had an easier birth with Claire than I did with Henry, and I went home from the hospital feeling great.  I started taking my pills and continued to feel good.  When you take placenta pills, you take a certain number for a week or so and then you drop down to fewer pills per day.  My husband always hands me my vitamins in the morning, so I had no idea when the “step down” occurred.

But about 10 days after birth, I suddenly found myself feeling so sad and hopeless.  I remember sitting at the dining room table and just staring into space.  My mood was really, really low.  I felt terrible!  After two days of this, I mentioned something to Kristien.  He told me that my placenta dosage had dropped three days before – about 24 hours before my symptoms kicked in!  Coincidence? Maaaaybe.  But I bumped back up my dosage and… wouldn’t you know it… I felt better within a few days!  My mood never crashed again, even after I dropped my dosage and eventually ran out of pills.  And my milk supply stayed strong, just like last time.

So I believe in placenta pills.  I would definitely do it again (but I don’t think there won’t be an again – hah!). It’s sort of kooky and off-the-wall for Americans, but I think it really helped!

Related Post: How Long Did It Take You To Get Over Childbirth?

Did you eat your placenta?