What I Ate: Low Blood Sugar

I’ve known that I probably have low blood sugar for a while; it runs in my family and – trust me – I get the symptoms of hypoglycemia when I go too long without eating or eat the wrong thing!  But lately, due to pregnancy, it’s really been exacerbated. I knew I had a big problem when two cupcakes caused me to fall immediately asleep/pass out on the couch – talk about a sugar crash!  Oh – and the headaches.  The mood swings.  The shakes.  Ugh.

My midwife and OBGYN are trying to figure out what’s up, but in the meantime, I’ve been instructed to eat more protein and less refined carbohydrates/processed sugar, eat a lot more regularly (every two hours), and drink a small glass of orange juice or take a spoonful of honey when I feel symptoms hit.  It’s this weird balancing act with trying to get my blood sugars up without causing a crash later.  I can do some fruit but not others.  And some carbs but not others.  And some of these foods, I can eat at certain times but not others.  It’s actually all very confusing – and it’s doubly confusing because I’m a vegetarian so my protein options are kind of limited.  I’d love for others with hypoglycemia to weigh in.  I always learn so much from you!

So – some of these foods I ate to prevent my blood sugar from dropping, and some I ate to make myself get off the low blood sugar rollercoaster.  And some of it I ate because we still have it in the fridge and I don’t want to waste food.   Hah.  Like I said – so confusing.  BUT – and this is pretty awesome – I already feel waaaaay better after eating like this for a few days.  It’s enough to make me {almost} not crave a cupcake.  Here’s to hoping this funky blood sugar issue resolves itself soon. 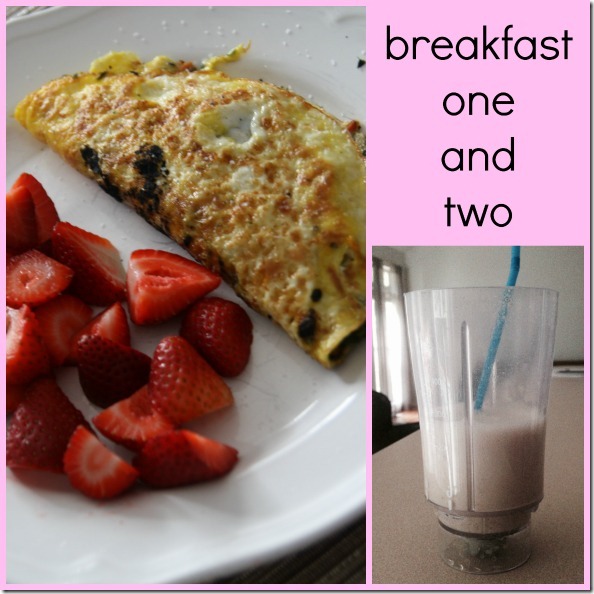 I started my morning off with a protein powder almond milk drink.  Later, I had a three-egg veggie omelet with fruit. 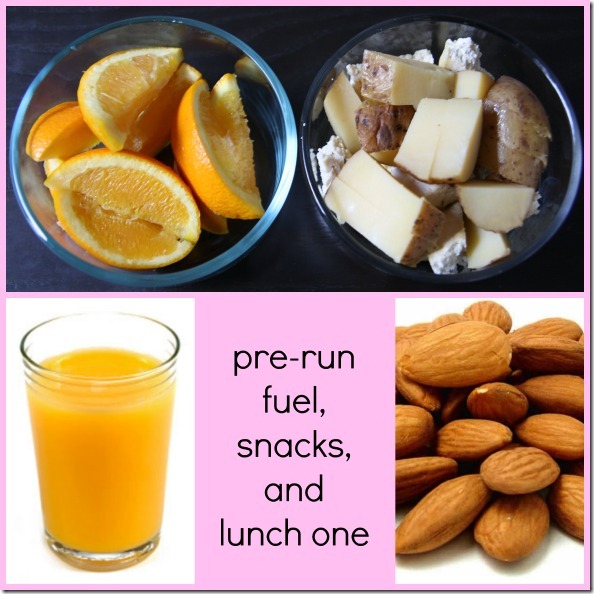 Before my run (2.2 miles – whoop whoop!), I felt kind of off, so I had a glass of orange juice and felt immediately better.  Later, we went to the park, and I ate potatoes, tofu, and ghee while pushing the swings.  I shared some orange slices with a group of toddlers, and I munched on almonds on and off all morning long. 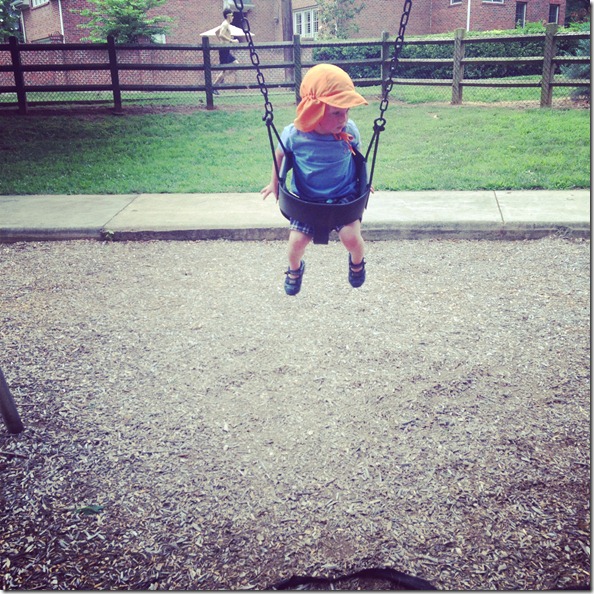 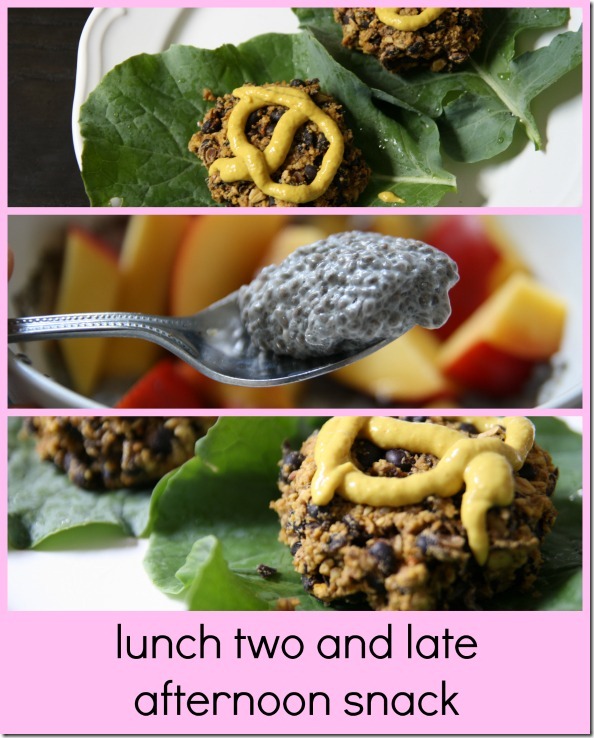 In the afternoon, I had my imitation Luna’s sandwich (twice, so four patties), and a HUGE bowl of chia seed pudding (sans maple syrup) with a nectarine.  It was freaking delicious. 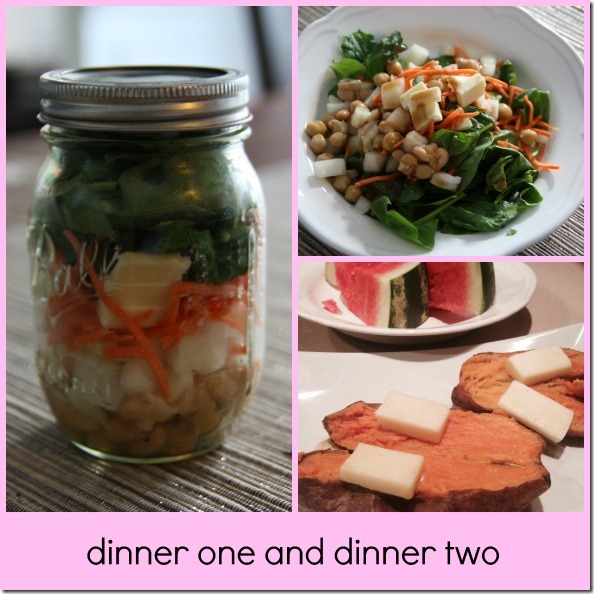 Kristien recently made me a bunch of Salads-In-A-Jar. I saw them on Brittany’s blog and showed him – it was so nice that he remembered how cool I thought the idea was!  It was fun to dump out my salad and eat it.  Later, I had some watermelon with two sweet potatoes with cheddar cheese on top (that’s not butter, but it’d be awesome if it was).