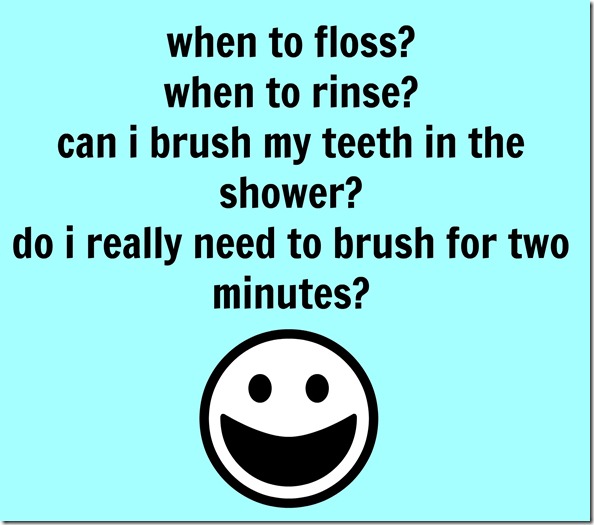 I’ve been reading more and more about how research is linking plaque, bacteria, and inflammation in your mouth to a host of long-term diseases, like heart attack, diabetes, rheumatoid arthritis, and dementia.  I read a Sarah Silverman interview the other day, and she (randomly) said that death creeps in through your gums, and I can’t shake that image!  It’s hard for researchers to pinpoint what’s behind the relationship between these scary diseases and gum disease, but most think it’s related to inflammation.  Chronic inflammation in your mouth (and the bacteria that causes it) can impact organs throughout your body.  (Source, Source)

And, as a side note, did you know that gingivitis is super common in pregnancy?  You’re more susceptible to it because of your shifting hormones.  Personally, I am more susceptible to it because the idea of brushing my teeth when I have morning sickness makes me want to curl up and die.  Hah.  No – really.  It does!  (But I still get the job done.)

So when I got an email asking if I wanted to interview the very dreamy Dr. Travis Stork (you know, from The Doctors TV show) about oral hygiene, I was all over it – until I realized that I had a scheduling conflict.  Boo!  I can’t believe I missed the chance to meet and talk to Dr. Travis.  But luckily, his team sent over some tips from the Doctor himself.  I compiled his suggestions – and some of my own – into this fun and helpful list of advice: 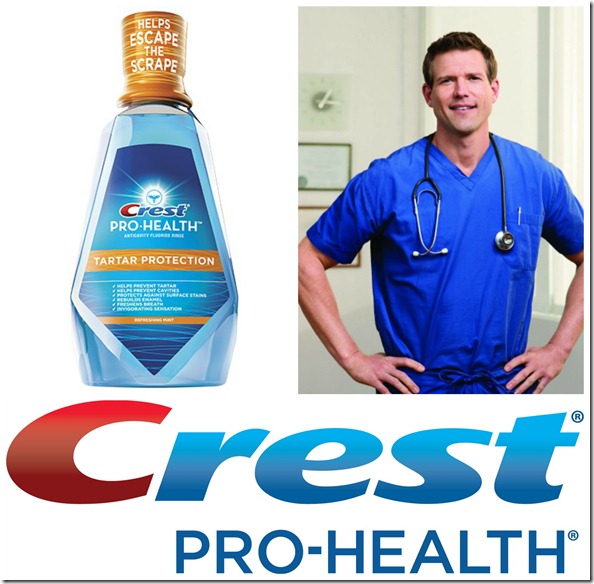 Tip:  Floss BEFORE brushing and use mouthwash AFTER brushing.  Most of us floss after brushing, but flossing first can help loosen food particles and remove plaque.  Also, you’re more likely to skip flossing, so do it first.  By using mouthwash after you remove food and other grime, you allow it to reach the surface of your teeth.  Dr. Travis likes the new Crest Pro-Health Tartar Protection Rinse, which helps prevent tartar and cavities.

Tip:  Pay extra attention to oral care when you’re pregnant.  According to Dr. Travis, about about 70% of expectant mothers have gingivitis.  “Bleeding gums are common during pregnancy, but they are too often ignored. Would you pretend you weren’t bleeding from an eyeball? Probably not, and you shouldn’t ignore bleeding gums either,” he says. “Gingivitis can lead to periodontitis, which can deepen the gum disease infection into the bones and tissue. There are studies that have linked gum disease to preterm birth, but it is not known whether treating gum disease reduces the risk of preterm birth.”

Tip:  Brush twice a day, for two minutes at a time, and use a ‘pen hold.’ A dentist once told me that the average person brushes their teeth for 30 seconds – not the recommended two minutes.  So brush longer than you think you should!  And I’m guilty of brushing too hard – I like to SCRUB my teeth.  The problem with this is that the action can cause your gums to retract.  A friend who is a dental hygienist told me to hold my toothbrush the way I would a pen instead of using a cast-iron grip.

Tip:  Check your bristles.  If they fray after a few months of use, you’re brushing too hard.  Toothbrushes should be replaced every three months or so – and this isn’t a scam to make you buy more toothbrushes!  After three months of wear and tear, a brush becomes less effective at removing plaque.  I use a permanent marker to write the “expiration date” for my toothbrushes on the handle (above where I grip it and below the part that goes in my mouth).

Okay.  It’s your turn for toothbrush confessionals.  Do you brush in the shower, too?  How to you remind yourself to floss?  Do you think you actually brush for two loooong minutes?  Any toothbrush tips for kiddos? 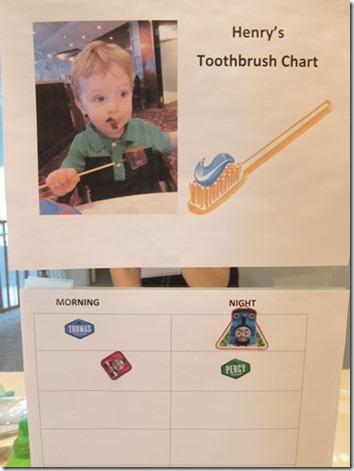 Henry’s toothbrush chart helped us get over that initial “I hate brushing my teeth” hump, but now we’ve graduated to brushing our teeth while we watch “yay toothbrush!” videos on YouTube, which I kind of loathe (this is Henry’s favorite, and the introductory music alone makes me want to stab myself in the eye with a toothbrush!). But anything to get the job done, right?

This post is sponsored by Crest Pro Health.  Thanks, as always, for supporting my blog and thus my family.

Next post: How I got Rid of Runner’s Knee – For good!