How I got Rid of Runner’s Knee – For good!

A few days ago, I got an e-mail from a reader who wanted to know about my knee pain.  You see, a while back, I suffered from major knee pain due to running.  My blog was filled with trips to the physical therapist’s office, packs, and knee sleeves.  But now… six years later – I am happy to report that I no longer have knee pain! 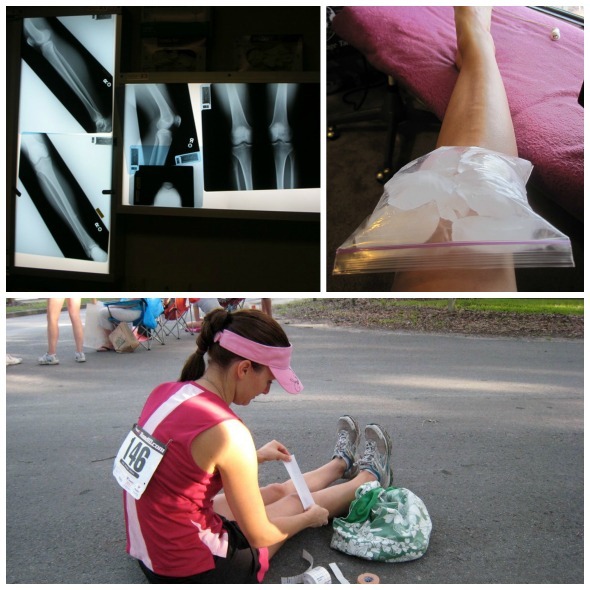 Here’s a brief history of my knee pain:

Issues included: pain walking down the stairs, pain when bending my knees, and a crazy loud popping noise whenever I bent my knee.  I remember that after a 15.4 mile trail run in April 2008, I could barely walk for a WEEK.  It was terrible!

I was diagnosed with patellofemoral pain syndrome (PFPS) by a sports medicine doctor.  Most people know PFPS as simply "Runner’s Knee."  Here’s an article about PFPS.  My doctor said that my primary issue was my legs were stronger on the outside than they were on the inside, and as a result, my thigh muscles pulled my patella bone up and out when I bent my knee.  The popping noise my knee made was simply my patella bone being jacked out of position by my muscles.

After that disastrous trail run, I decided to put myself on a Running Hiatus.  I intended to stop running for a month, but my hiatus turned into two months.  While on my running hiatus, I did other workouts – mostly biking.  In fact, I liked biking so much that I ended up signing up for a 60-mile Metric Century. 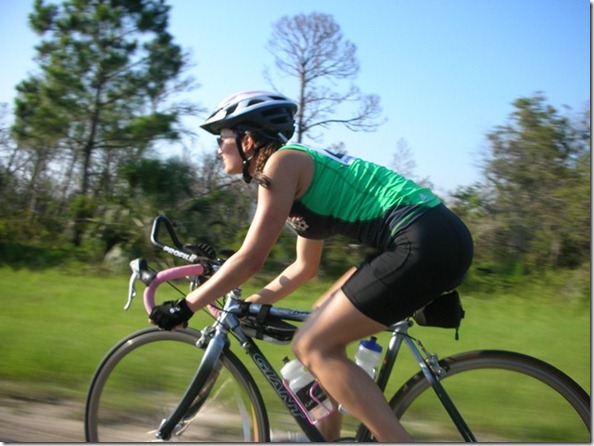 I also started to swim.

At the end of my hiatus, which got me over the ‘pain hump,’ I slowly returned to running with my doctor’s okay.  I tried a while bunch of things to cure myself of Runner’s Knee. I went to physical therapy, did strength training exercises, wore orthotic arch supports, iced my knees and took over-the-counter anti-inflammatory drugs before and after workouts, and wore my knee sleeves (which hold your patella bone in place).

I continued to bike and swim, but I did the sports in spurts – I’d be into it for a few weeks, and then I’d default to mostly running.  But it seemed okay because all the things I was doing to ‘cure’ myself seemed to be working – as long as I was wearing my knee sleeves.  In fact, with my knee sleeves, I was totally pain-free and could run super long distances – even two marathons!   My knee sleeves make an appearance in almost all my race recaps from February 2009 to July 2011. 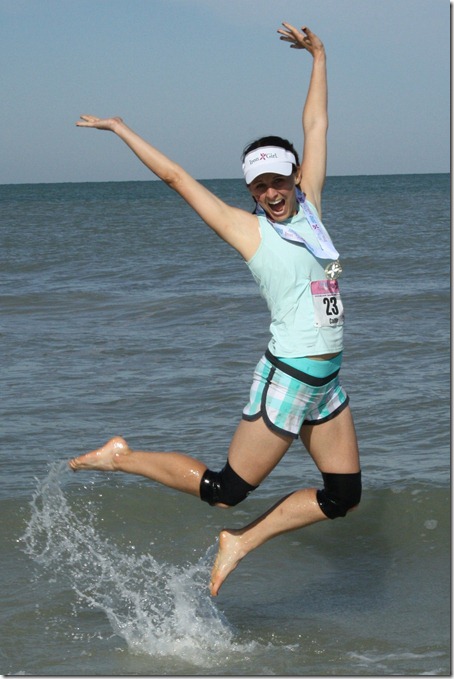 But after July of 2011… I just stopped wearing knee sleeves.  For the longest time, I couldn’t run without them without experiencing serious Runner’s Knee symptoms.  One day, I clearly remember opting NOT to put them on… and I was fine!

I started to do triathlons. 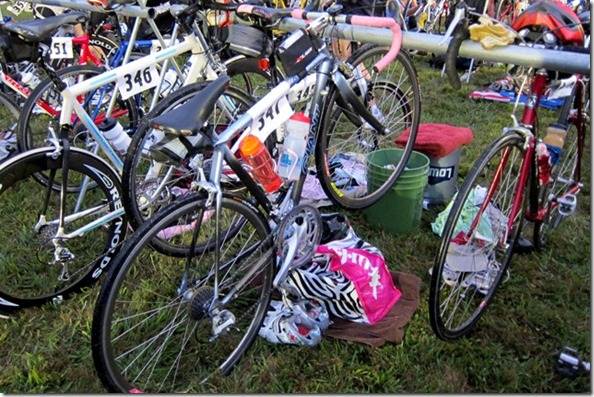 I had dabbled in biking and swimming for a while, but that spring, I suddenly felt very bored with running all the time.  I wanted to switch it up.  I signed up for a slew of triathlons and focused on cross training in all three sports.  I started to spend an equal amount of my workout time on the bike, in the pool, and running on the road.  I stopped thinking of myself as just a “runner” and started to think of myself as a “triathlete.”  By that summer,  I completely ditched the knee sleeves.

All of my doctors and my physical therapist told me that I needed to get serious about cross training if I wanted to run without pain.  And they were right!  Swimming and biking regularly helped even out my leg muscles.  My body felt more balanced that it had in years.  JUST running didn’t always agree with my body.  But mixing it up made me feel strong and powerful.  And I was having so much fun in the process!

Three years later, I’m knee pain free (well, I’d admit that one of my knees was a bit sore after my Half Ironman, but my whole body was sore, so…Hah!).  Even in the winters, when I tend to run more than bike or swim, my knees are fine.  I am sure that I could’ve gotten to this point by simply being really dedicated with my PT workouts.  But finding a whole new sport to love had lots of additional added benefits!  I’m convinced that triathlons saved my knees.  <3

Have you had a sports-related injury?  How did you finally ‘cure’ yourself of it?