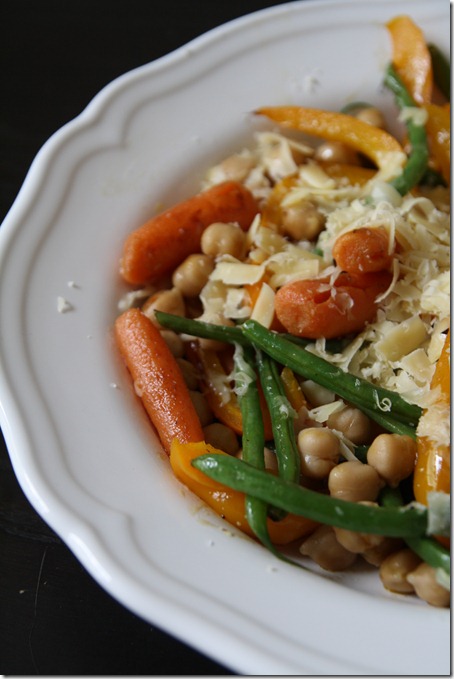 I had a fun one yesterday.  It started off kind of rough from a mom perspective – my super sleeper had a poor night thanks to scurry dreams, and then he ended sleeping in until 10 AM (unheard of!!).  I thought our day was shot (we normally do our fun things in the morning), but then I realize that he’d probably kick his nap.  So I called Julie and asked if she wanted to go on a hike.  We needed some outdoors time, and I figured that she’d be down! 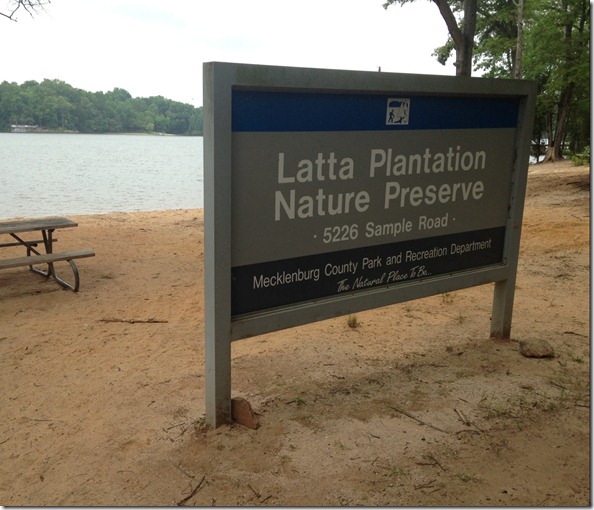 I bought our hiking backpack half-knowing that it was going to merely end up a food carrier.  We go on nature hikes about once a week, and while I was a little concerned about this hike’s hills, I also suspected he’d boycott the carrier.  And it did!  Henry wanted to walk the entire time.  I think we probably did 1.5 mile over rough terrain.  Go, kiddo, go.  We also spent a lot of time down near the lake.  This is actually the same lake that I’ve done a number of triathlons in! 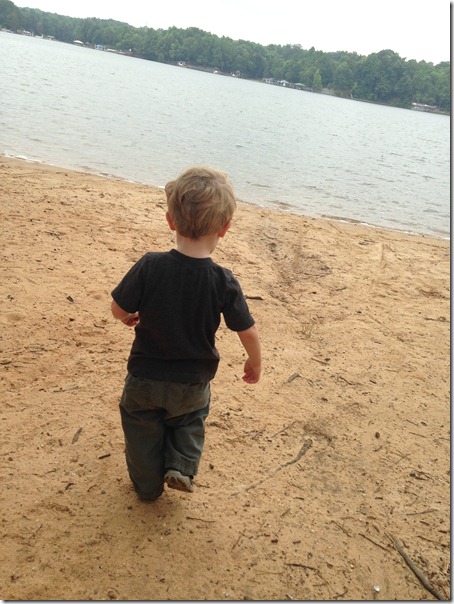 We ended up finding a quiet section of beach to sit near, and Julie threw a stick in for Sadie to swim out and get over and over and over again.  That dog has so much energy… especially compared to James, who sat as far away from the edge of the water as his leash would stretch and just observed.  James is NOT a water dog!  He’s a couch dog. 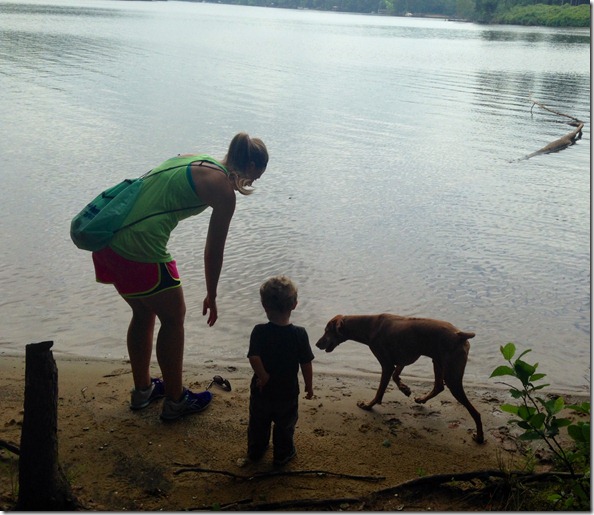 Best part of the afternoon was that Henry called Sadie “Julie.”  So he’d be like, “Go, Julie, go!” And we’d say, “No Henry, the dog is Sadie, that is Julie.” And he reply, “Julie get the stick!”  Hah.  Julie and her dog are one and the same, I guess. 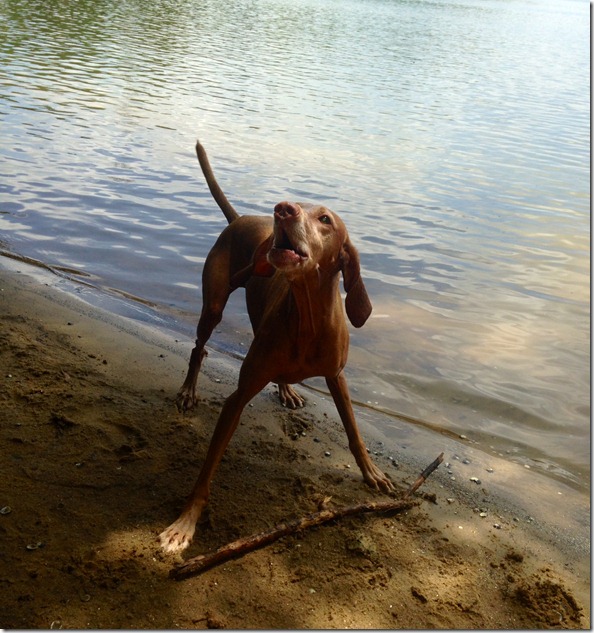 Came home and made this lunch: 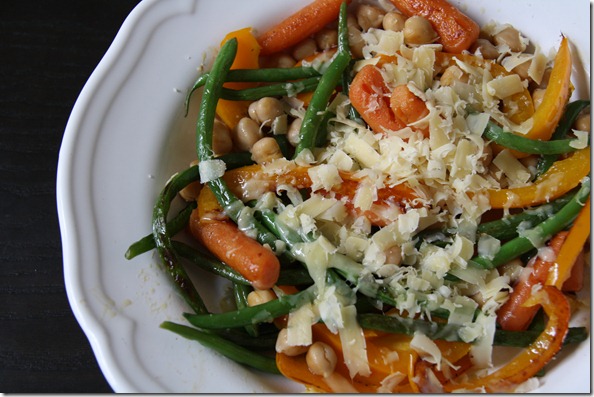 {All veggies cooked in a wok with some olive oil, salt, and water until just tender}

Plus chickpeas and shredded Dubliner cheese. 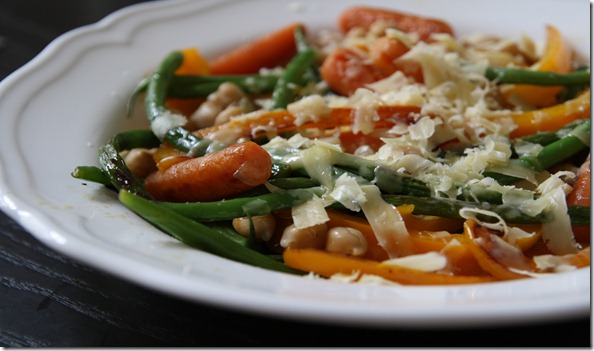 “There are always flowers for those who want to see them.” – Henri Matisse

Previous post: How I got Rid of Runner’s Knee – For good!