For more on the topic of breastfeeding: Why I’m Stopping and Stopping Exclusively Pumping, Part I 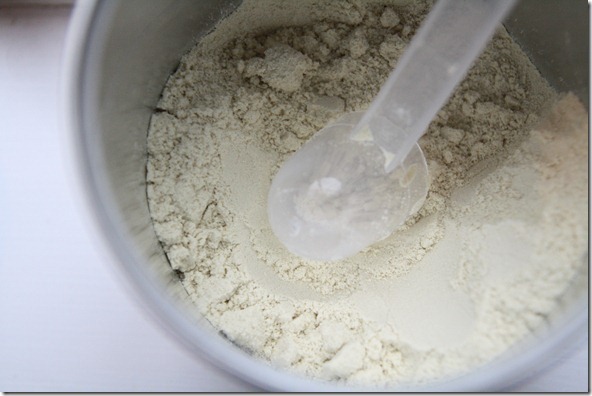 The Plan:  I detailed my plan for stopping in this post. I didn’t want to stop cold turkey (ouch), but I didn’t want the process to take forever, either.  Once I was ready to be done, I was ready to be done. In total, the process took 2.5 weeks. First, I focused on dropping ounces, and then I focused on eliminating pumps, dropping the middays ones before the morning and night pumps. The last 4 or 5 days of the process involved pumping on one side every 24 – 36 hours, so it was truly no big deal.  Also, randomly, a week after my ‘last pump,’ I felt a duct fill up on my right side and had to hand express it.  It was strange!

The Physical Deets: Stopping pumping was hell.  I hated every single minute of the process, with the exception of the times that I got to wake up or go to bed without pumping.

Stopping pumping after producing a full supply for 8 months was extremely uncomfortable, if not sometimes straight-up painful. I was engorged and leaking for the better part of the first week.  I tried several things to reduce the pain – cabbage compresses, Ibuprofen, and Sudafed.  Cabbage compresses in my bra made me feel ridiculous, like I was suffering through one more physical indignity of childbirth and motherhood.  I don’t know how much they helped, although ancedotal evidence is strong. Ibuprofen and Sudafed made the biggest difference, especially the Sudafed, which I took because it has a side-effect of drying up your milk.

Also – exercise!  If I was really engorged, running hurt too much, but if I wasn’t too bad, banging out 30 – 45 minutes of cardio seemed to temporarily reduce my supply and therefore lessen the pain. I noticed this while I was breastfeeding, too. Studies show exercise does not impact supply, but in my personal experience, it did impact my supply in the short-term (clearly not in the long term). 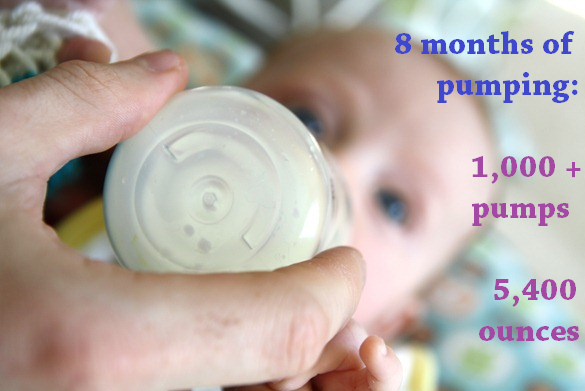 The Emotional Side:  It’s hard to write about my emotions surrounding stopping without sounding like I’m making commentary on formula feeders or long-term breastfeeders, but I’m not. I just want to say how the process made me feel… and seriously, the LAST thing I want to do is make someone else feel bad about their choices. Our society gives moms (and dads) enough crap; I don’t want to add to the pile. So read my thoughts with that in mind.

I was really broken up about stopping breastfeeding, mainly because 1) I had a full supply and pumping was (relatively) easy; 2) I feel that breast milk is the ideal food for a baby; and 3) the only reasons I wanted to stop pumping were purely selfish. I hadn’t physically breastfed for more than 6 months (due to lots of things – shyness about breastfeeding in public, fast letdown, flat nipples that required a shield, and more).  When you combine those three factors, it was extremely hard to give myself the ‘permission’ to stop without feeling guilty.  Shouldn’t I be able to sacrifice my needs for Henry’s? Doesn’t this make me a bad mom?

What helped me stop with a clear conscience was 1) a few good therapy sessions about the topic (thank God for therapy); and 2) your comments!  Seriously, all of your comments on my breastfeeding posts and Facebook pleas really helped me. Hearing from other women that it was okay to put myself ‘first’ was so, so amazing and really took away the guilt.  One commenter said that I needed to just STOP feeling bad.  It was such a simple concept – just STOP – and I jumped on it immediately. I refuse to feel bad about this choice.  I just refuse.  I’m at peace with this decision.

It’s easy to be at peace with the choice when I see how AWESOME the other side of breastfeeding is (this is when I don’t want people to jump down my throats – I’m not dissing breastfeeding or suggesting people don’t do it, I’m just being honest). For 8 months, breastfeeding ruled my life. I experienced all the ‘bad’ things about breastfeeding with none of the ‘benefits’ (cuddling).  I pumped five to six times a day. It was the first thing I did in the morning and the last thing at night. Pumping was always on my mind – when and where will I pump? I pumped in my bathroom, in my living room, in my car, in rental cars, in airplane bathrooms, in stalls of public restrooms.  I washed my pump parts thousands of times. To go to sleep without having to pump – AMAZING.  To wake up without full breasts – AMAZING. I can’t even describe how wonderful it feels to not have this ‘chore’ on my mind all time.

Ch-Ch-Changes:  While pregnant and breastfeeding, my appetite (and caloric needs) were off the chart. Did you know that breastfeeding burns an extra 500-odd calories a day? That’s like running an extra four miles, everyday.  I was so used to eating my face off and having an insatiable appetite. Things are slowly returning to normal. I’m eating in response to hunger cues, so I think it will all pan out in the end.

During pregnancy, I gained 35 pounds.  I’m currently a few pounds under my pre-pregnancy weight.  Thanks to an active pregnancy, exercise post-pregnancy, a health diet, and a hefty dose of genetics and luck, my body pretty much looks like it did before pregnancy (which I find amazing).  The one difference?  My breasts.  Oh, my breasts.  I went up FOUR cup sizes during pregnancy and breastfeeding, and it only took 3 weeks for my breasts to shrink back to their pre-pregnancy size.  Things are predictably – ahhh – saggier than they were before. It was worth it, though.

The other amazing part of stopping? MY BRAS! I owned two bras in my breastfeeding size, and one broke five months ago. That means I wore the same bra every single day (I did a lot of handwashing). It was a ‘specialty’ size so I didn’t want to buy another $80 bra when I knew I’d be stopping soon.  I recently pulled down all my pre-pregnancy clothes and hung them back up in my closet; it was so great to see all my old bras and wear my old shirts again.  I have a dozen options now!

Other Random Thoughts:  People who use formula say breastfeeding is inconvenient; people who breastfeed say formula is inconvenient.  There are pros and cons to each method, I think.  But I do have to say that I find formula on par with pumped milk in terms of ease of use.  There’s no pump parts to wash (yay), although I’m still washing bottles.  Formula can only be out of the fridge for an hour, which sucks compared to pumped milk (I followed a 6 – 8 hour rule).  This mixing pitcher and this dispenser are lifesavers!

The Million Dollar Question: Will I breastfeed Henry’s little brother or sister? You bet. I’m going to try really hard to make physically breastfeeding work. I think I could get over the emotional issues that I had about breastfeeding, but the physical barriers will still be there. I’m going to give it a shot. If I do end up exclusively pumping again, that’s okay.  After breastfeeding for two months and exclusively pumping for another six, I know I could do it again.  I don’t know if I’ll last as long, but I certainly will try. And when it comes time to put away the pump and peel open a can of formula, I’ll do it with peace in my heart. Being a parent is hard enough – there’s no reason to make myself feel bad over how I feed my children.

And with that, I feel that my pregnancy journey is really and truly over.  It began way back in September 2011, and now, for the first time in a long time, my body is all mine.  It’s a great feeling… who knows how long it will last.  Maybe less time than I think!

Next post: Can’t Toss Those Old Tees? A Solution!