Where, oh where did the day go?  All I remember is leaving the house at 9:45, frantic because we were going to be late to Henry’s 9 month appointment.  But we made it!  And then we didn’t come home for nearly 7 hours. 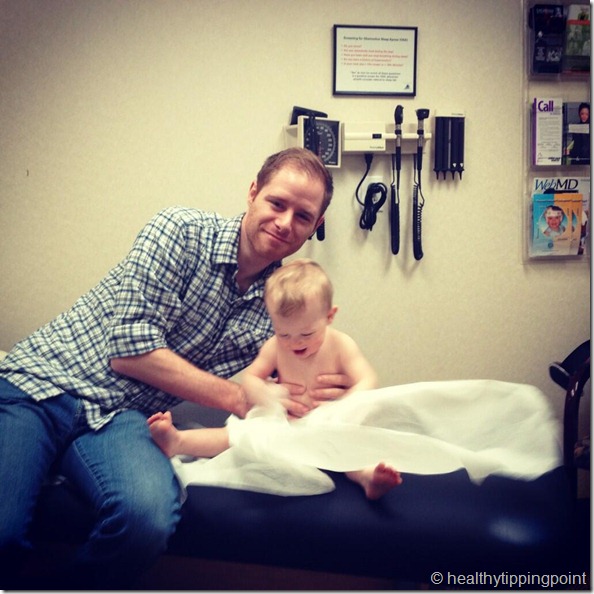 Henry’s appointment went well. Still a little squirt, but I don’t think that’s ever going to change.  Henry showed the doctor his funny crawl (I really must get this on video for you guys – it’s ridiculous…. he swings one leg under him and scoots on his butt) and was assured this is normal.  Well, maybe not normal, but not bad.  The doc told us to work on waving hello and goodbye, and wouldn’t you know it, Henry waved at a lady in the store just a few hours later.

We proceeded to run every single errand in the history of errands (seriously – Marshall’s, Home Goods, Target, a shoe store, Home Depot, Goodwill, and a few more). At one point, I locked us out of the car – thankfully, Henry was in my arms and not in his car seat – so we called brother-in-law Nick and bribed him with Indian food in exchange for bringing our spare car keys.  It worked! 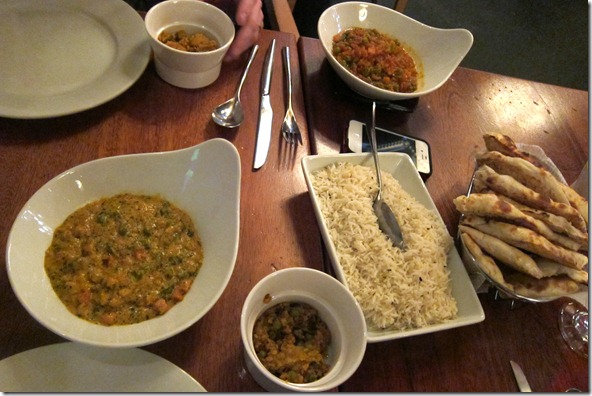 This was Nick’s first time (EVER) eating Indian food, and he really enjoyed it. He got the Tikka Masala and also tried my Vegetable Korma. Always good ‘intro to Indian’ foods, I think.

Henry magically slept in his carseat through the entire meal, only waking up at the very end. People, this is a miracle. Those days of sleeping in the carseat as I drag it out of the car, through the grocery store, back in the car, back in the house, and past the barking dogs are LONG gone.  This was a nice treat… allowed us to have some grown-up lunch conversations, which mainly centered around what we’d do if we won the lottery (we always go in on group tickets together). 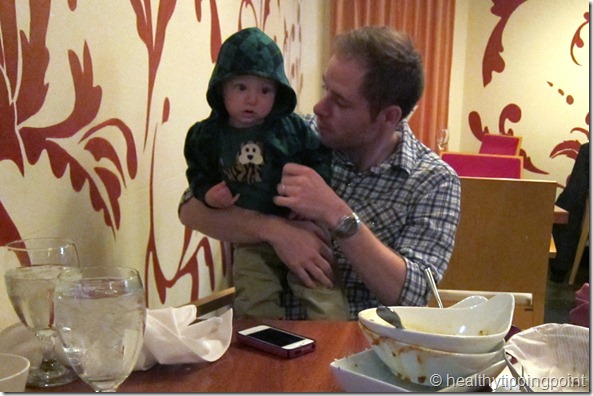 Our last errand of the day was to Plato’s Closet.  I was attempting to re-sale some goodies from a massive closet clean-out.  I locked myself in the walk-in for three hours last night, dumping stuff in trash bags and rearrange drawers. 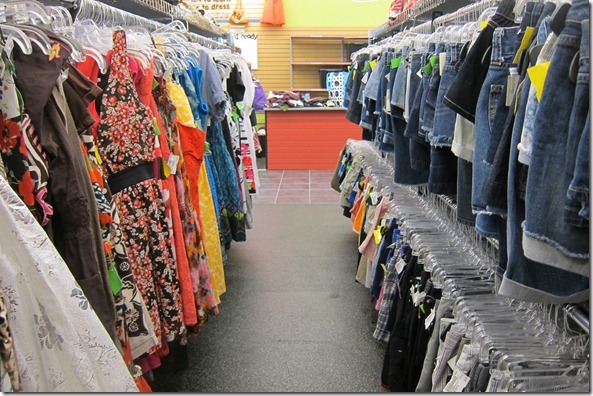 Unfortunately, they only wanted one purse.  Just one purse!  I got $6 for it, though.  Everything else went to Goodwill.

While I was organizing, I remembered a great idea – thought I’d share because I can’t be the only one who feels like this.  Are you sentimentally attached to clothes?  I cannot make myself get rid of my first ‘cool’ dress from when I was 16, the cardigan I wore religiously through college, etc.  The worst of these mementos is my pile of t-shirts.  I try to pare them down every now and then, but I still had more than 30 cotton shirts.  A woman does not need that many cotton shirts. 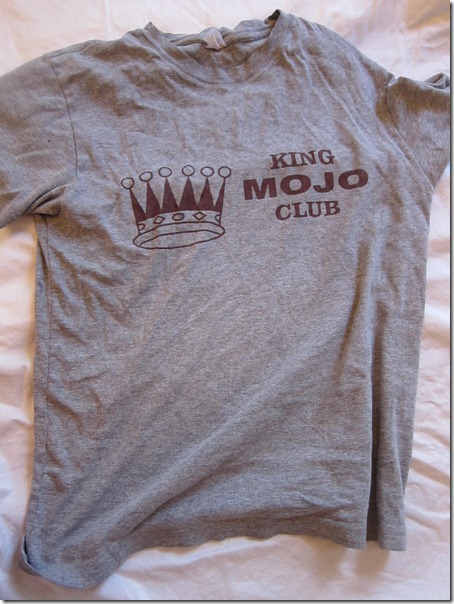 Anyway – here’s the idea.  I photographed all the shirts that I wanted to remember but never wear.  I plan to print off the photos and put them in a book.  Meanwhile, the actual shirts got donated.  Now I still have ‘my shirts’ but they only take up a little space on my bookshelf, not two drawers in my closet. 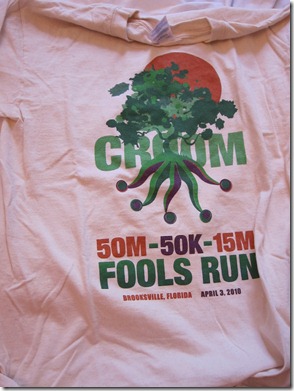 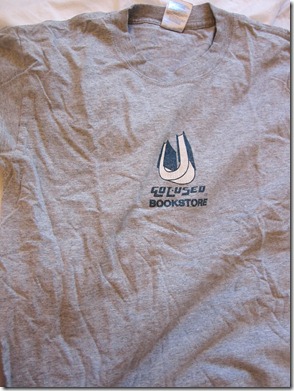 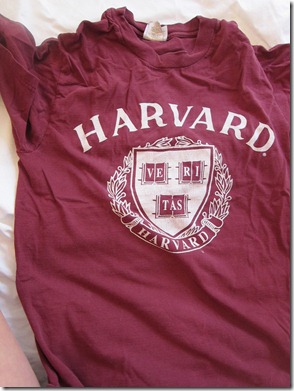 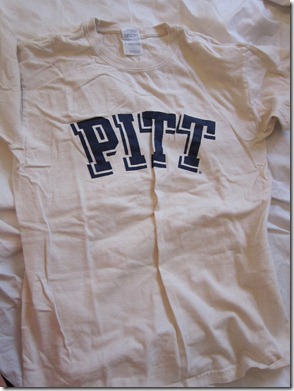 What were you guys up to today?