Apparently, we are the kind of people who go to the grocery store in our pajamas. 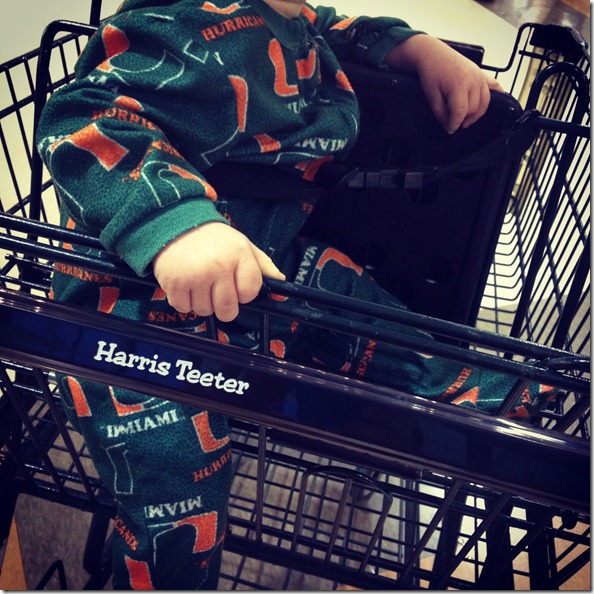 At least Henry looks cute in his footed onesie!  I just look like a trainwreck momma. 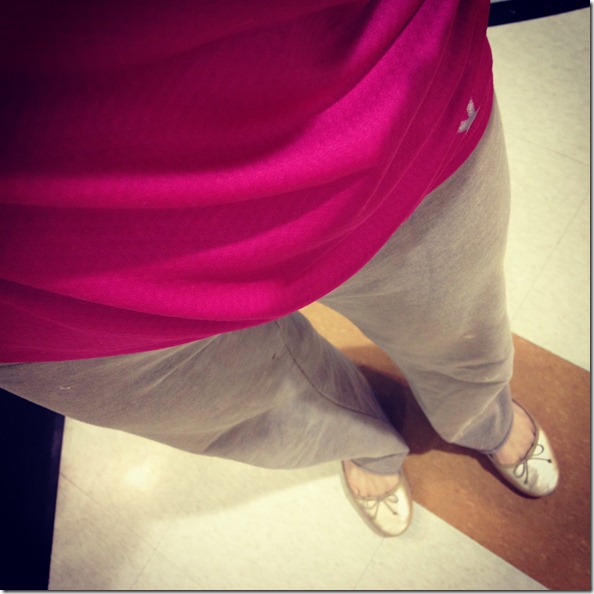 We were publicly embarrassing ourselves for a good cause – fresh fruit!  And Nutella. One of the hotels that I stayed in last week had Nutella at the breakfast bar, and I’ve been craving it ever since. 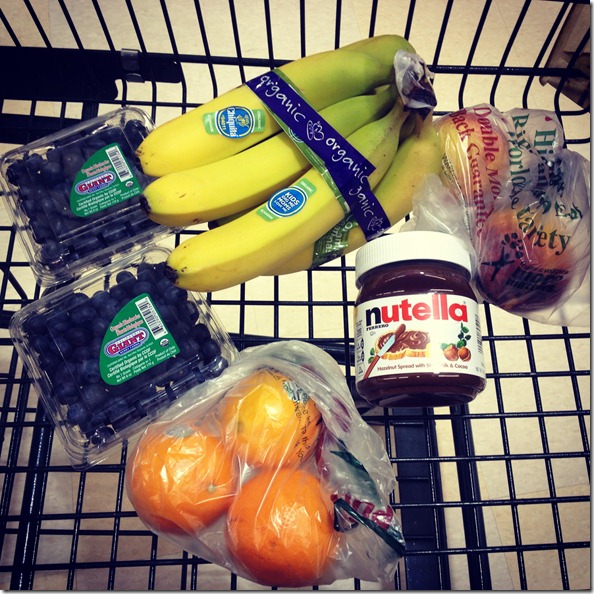 James tagged along for the errand.  We also planned to go into the pet store for dog and cat food, but alas – not everything is open so early in the morning.  At least he got to go on a car ride.  <— Although I have recently let go of my Mommy Guilt issues (more on that later), I still suffer from Furmom Guilt to the tenth power – I think it has something to do with those damn puppy eyes.  I feel so bad that he’s always trapped in the house with Henry and me, so I take him everywhere I can. 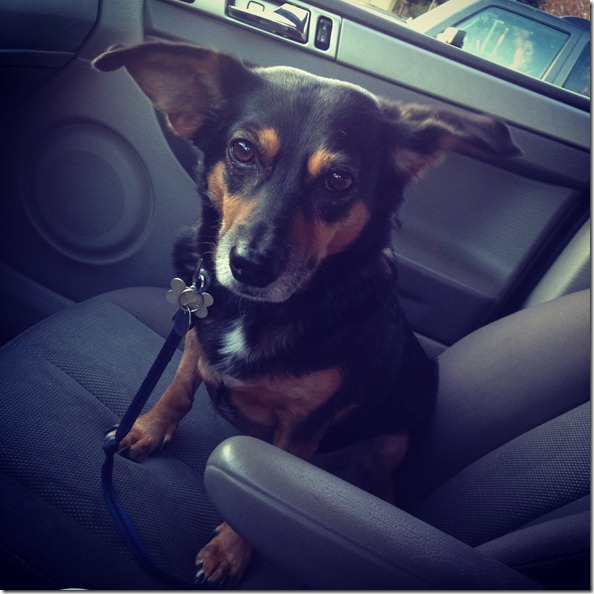 Maggie… I don’t worry about Maggie.  She’s thoroughly entertained by the sheer act of moving from the couch to her food bowls twice a day.

Bet you can guess what I had for breakfast!  Nutella toast and blueberries. 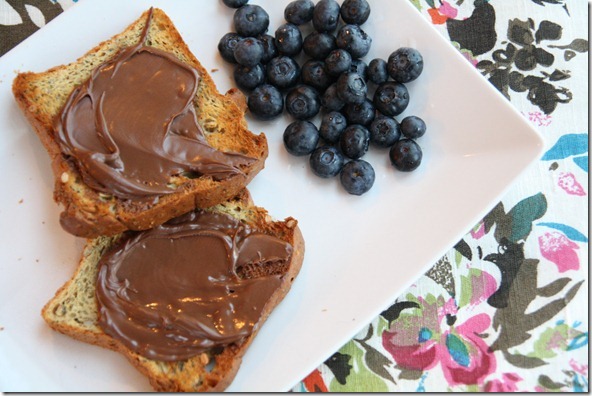 Lots of people have asked for an update on Henry’s eating habits since the Starting Solids post.  I’m planning to write more about this month on his 9-month update (which was yesterday, but I’m waiting for an opportunity to be out of pajamas for our pictures!), but I do want to start posting more pictures of Henry’s meals.  When Henry was little, I loved to look at what older babies ate.   We loosely follow a baby led weaning style of eating.  I say “loosely” because he eats some purees and occasionally, I put food in his mouth (BLW generally discourages this).  We kind of do a little of everything, but I really like BLW because 1) it’s easier for Henry to feed himself; 2) he doesn’t understand spoons at all and just grabs it from me and flings it across the room.  So BLW works for us… otherwise, meals would be really frustrating. I think he enjoys having control over his meals. 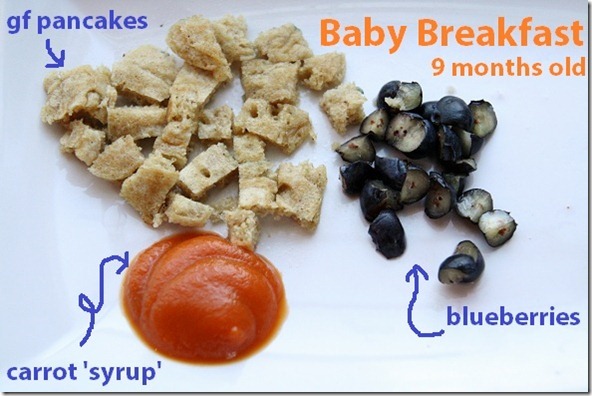 I thought this was going to be too much food, but he inhaled it.  Who doesn’t like pancakes?!

I hope you have a fabulous day! 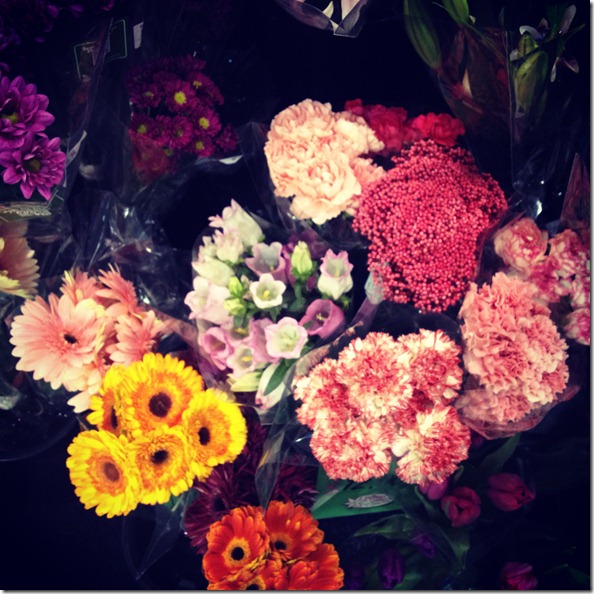 On the HTP Facebook page, we’re crafting Workout Haikus and confessing our silliest great fears (mine is being stuck on a desert island without sunglasses).  Come join in!