From Idea to Impact

What’s the game-changing play that turns dreams into reality? 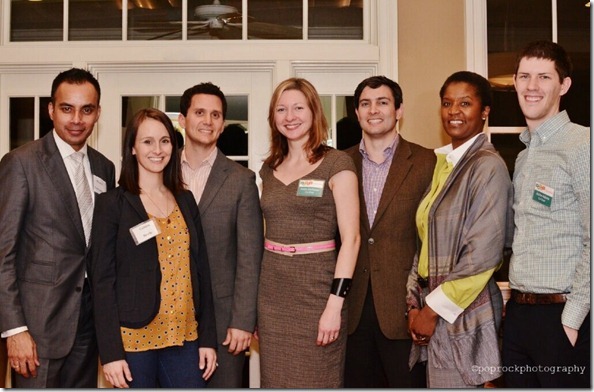 On Tuesday, I took part in the Center for Intentional Leadership’s “From Idea to Impact” event.  I sat on a panel with three other individuals and engaged with an audience of about sixty people. 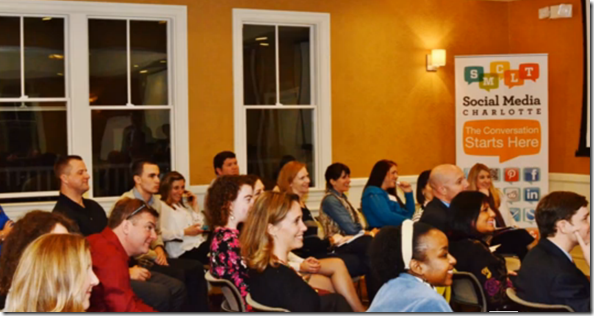 We all have ideas of how to make a difference, but how do we actually go about doing that? How do we get started? Is it through Social Media? Is it networking or marketing? Does it take big bucks to make a game-changing play happen? Can we do it in our current job or in a large corporation? We put together four people who collectively have done it in almost every environment and situation.

The panelists included: Rye Barcott, the author of It Happened on the Way to War, a bestselling memoir about serving in the U.S. Marines while co-founding Carolina For Kibera, a non-governmental organization that develops leaders and prevents violence in the Kibera slum of Nairobi, Kenya; Bridget B. Sullivan, an event industry veteran who launched Ignite Charlotte; and Manoj Govindan, the Marketing and Strategic Partnership Executive for Technology Innovation Portfolio (TIP) at Bank of America (BAC).  I was the fourth panelist, billed as a blogger, motivational speaker, and author.

I took notes on my iPhone as my fellow panelists spoke, and I wanted to share some of their thoughts:

Rye Barcott said he was inspired to create his African non-profit because “talent is universal but opportunity is not.”  He spoke a lot about how the “glamour is in starting” – a new project is fun and exciting, but even the best ideas and most worthwhile tasks involve drudgery.  It’s important to keep your eye on the prize and focused on your desired end goal.  Speaking of starting, Rye brought up that old (and oh-so-true) adage: “Start before you’re ready because you’ll never be really ready.”

One aspect of Rye’s talk that really intrigued me was his discussion of the OODA Loop.  This is a concept developed in the military for combative situations (Rye was a Marine). OODA Loop stands for “observe, orient, decide, and act” and the loop implies that the OODA should be done over and over again. OODA Loop is designed to be done quickly and efficiently in order to gain an advantage over your rival.  I love the idea of OODA Looping, but one of my questions for Rye (that I didn’t get to ask, unfortunately) was – “But how do I know that I’m making the RIGHT decision?!”  I have lots of ideas and struggle to commit to one.

Manoj Govindan’s biggest point was that “networking is so 1980s.”  I loved this concept.  According to Manoj, networking is all about selfish intentions.  You want a job, you want an opportunity.  The better tactic is to seek to connect others.  If you know two people who should really meet, put those resources together!  Even if you don’t get an immediate benefit from their partnership, it’s for the greater good, and their successes will eventually help you, too.

Bridget Sullivan talked a lot about CAN’T v. CAN and WILL.  I loved her messaging because I’m all about this, too – remove the negative talk and replace it with something positive and proactive.  Whenever Bridget thinks or says something with the N’T contraction, she replaces it with a CAN and WILL thought.

Bridget also mentioned The Four Agreements by Don Miguel Ruiz.  I’d never heard of this book before, but I went home to investigate and discovered this site, which sums up the Four Agreements quite nicely:  Be Impeccable With Your Word (say what you mean, don’t put yourself or others down), Don’t Take Anything Personally (be immune to the harmful opinions of others), Don’t Make Assumptions (find the courage to ask and express what you really want), and Always Do Your Best (and your best changes from moment to moment).

What did I talk about? 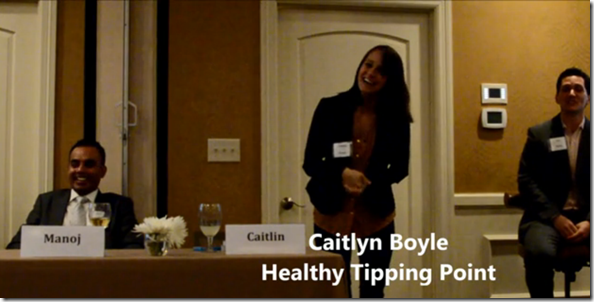 (I don’t mind when people misspell my name – happens all the time when you’re a Caitlin, Caitlyn, Kaitlyn, Katylin…)

Well, perhaps my notes and what I ended up actually talking about differed, but here’s the points that I wanted to convey: 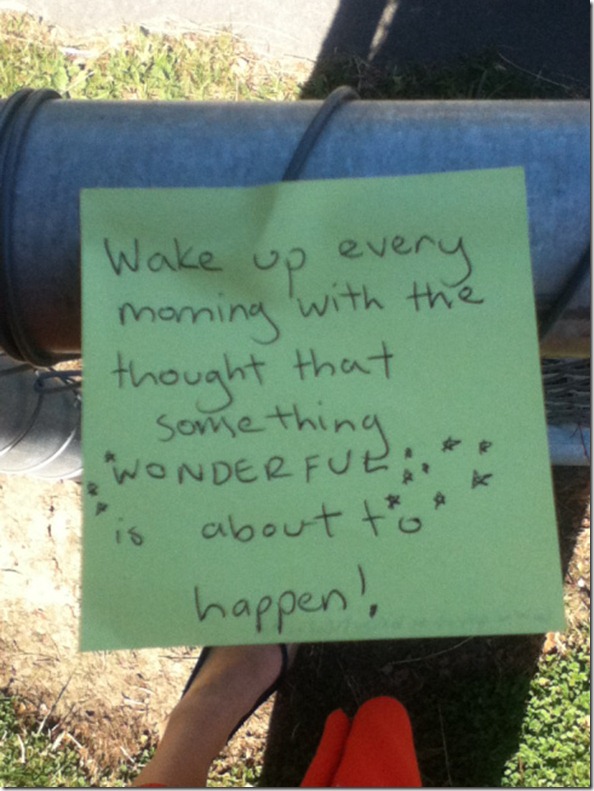