My goal was to go on a longer walk this morning, but I was up against two major time crunches:  the sun and Hungry, Hungry Henry. 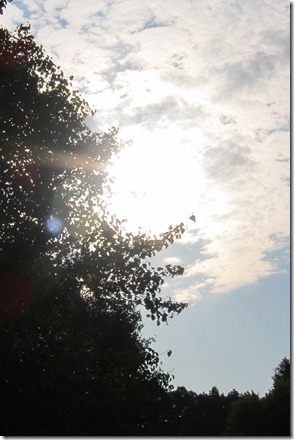 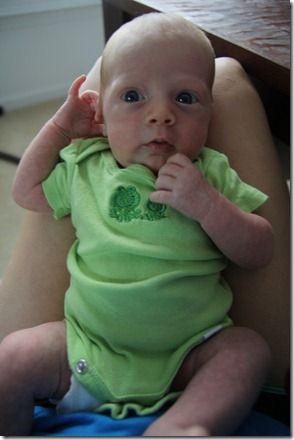 As mentioned numerous times, we’re in the middle of a pretty intense heat wave.  If we don’t go on our walk by 9 AM, it’s far too hot for a baby (um, and a momma) to be outside.

Are you a morning exerciser?  I am absolutely not.  Even if I set my alarm early and have every intention of working out, when I’m faced with the choice between getting up and going back to sleep, I’ll return to bed.  But today, Henry had me up at 6:45, and I knew that my options were 30 extra minutes of fitful sleep or an energizing walk – so it was an easy choice to make.

My other (beloved) time crunch was Henry.  We’re following a ‘nursing on demand’ protocol set by my lactation consultant (she’s a La Leche League leader; I highly recommend LLL resources if you’re nursing), and Henry eats every 30 minutes to 1.5 hours from about 3 AM to 3 PM; he spaces out to every 2 hours to 2.5 hours in the afternoon and early evening.  Basically, this means we’re eating all the time!  I like feeding him a lot, so it’s fine, but it makes doing anything during the morning quite the task.

So I woke up at 6:45, fed him, made a one-handed breakfast: peanut butter toast and a smoothie. 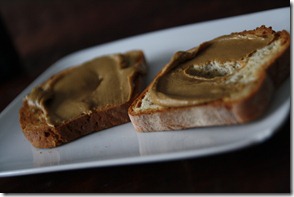 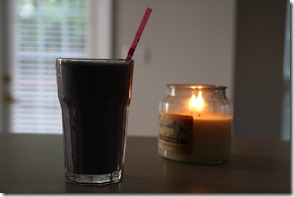 I ate while playing with Henry.  His funny faces kill me.  It’s so hard for me to catch a ‘normal’ picture of him.  He’s getting more vocal, too, which is amusing. 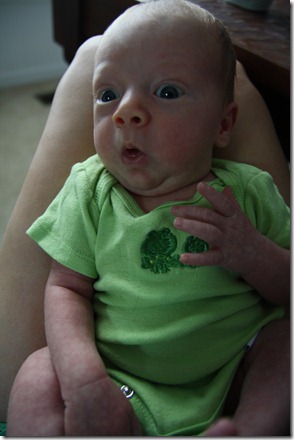 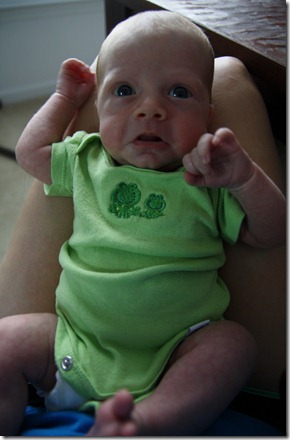 I was considering getting him into his stroller as quickly as possible but realized he probably needed to be ‘topped off’ before we left.  I was planning to walk big loop that would take me far from the house and didn’t want to end up 15 minutes from home with a hungry baby.  Plus, he was already starting to give me early hunger cues. 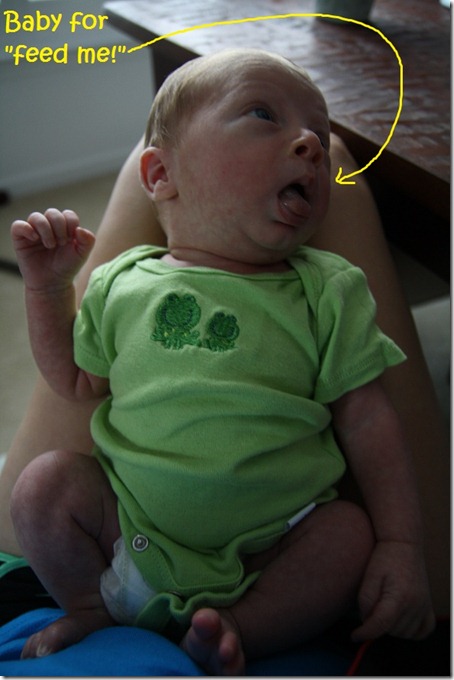 So we ate again, I strapped him into his stroller, put James on his leash, and we were (finally) off.

Luckily, it wasn’t too hot out yet! 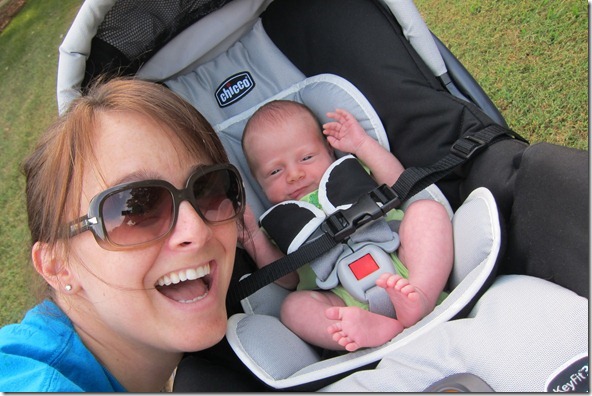 We walked for 30 minutes.  It’s funny; the last time I did this loop I was practically 40 weeks pregnant.  There are a few hills that really wore me out during the last few weeks of pregnancy.  But today – it was no big deal.  I’ve heard such horror stories about recovering from an episiotomy.  I’m not sure if I’m just incredibly lucky, my midwife cut me in the perfect way, or I possess the superpower of regeneration (probably the first two), but I feel totally normal.  I’m sticking to walking until the doctor gives me the okay to do more.  I was so nervous to get the episiotomy because I was convinced it would screw me up, but so far – I’m hopeful and happy about my recovery!

Plus, getting out of the house and moving is really good for my mental state. 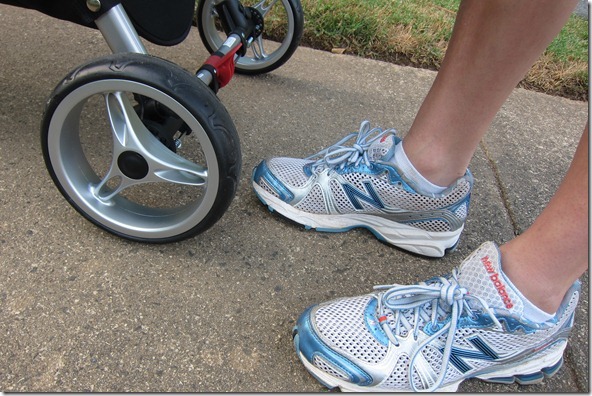 Another bonus:  I really love walking with Henry, especially when he doesn’t immediately pass out. I sing him songs and narrate our walk – “Oh, look – there’s a dog. There’s a tree. The sun is shiiiining!”   Good times, indeed.

Any one else squeeze in a morning workout today?