Time for more success stories to celebrate the release of the new Healthy Tipping Point book!

I truly hope you’re enjoying reading these journeys as much as I am… I find them so motivating and inspiring, especially when I read a sentence and think, “Man, I haven’t gone through that exact same thing, but I can totally relate.”  So great to seeing these ladies come out on top.  Enjoy! 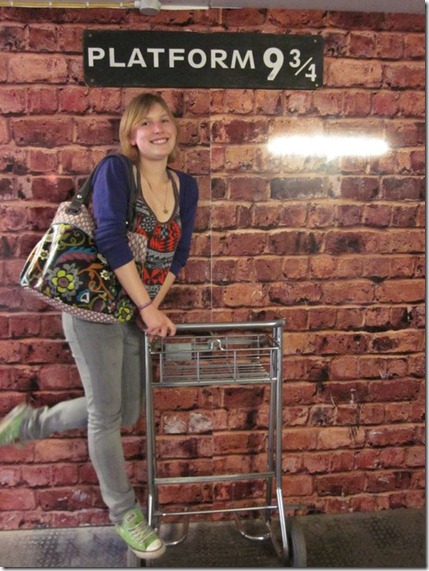 Hallie wrote, I spent the majority of my teenage years grappling with a lot of self-esteem issues. I was extremely wrapped up in self-injury, flirting with disordered eating and most likely incredibly depressed. Somehow I made it off to college, which both helped and hurt in a lot of ways. I was exposed to a number of people who were all different shapes and sizes (my high school had been performing arts based, so nearly all the girls were extremely thin) and still happy, and I was finally being challenged by my academics. I stopped self-injuring, but replaced it with equally destructive binge drinking. The summer between my freshman and sophomore year, I broke up with one dicey long-term relationship only to fall head-first into an equally dicey but long-distance relationship. The space helped mellow me incredibly, and I applied for a study abroad program in Denmark, confident that this would be the fresh start I needed to get back on track.

The summer of 2010, less than three months before my intended departure to Europe, I had a routine doctor’s appointment that ended up being a tipping point for just about everything in my life. I was diagnosed with malignant melanoma stage 3b. Melanoma is an interesting cancer in that it’s a relatively easy to treat cancer (usually just a quick skin removal in the doctor’s office, sometimes requiring a few stitches) until it’s not. Mine had crossed into the “not” category. I received the news in the hallway of a friend’s house and immediately drove home in tears, already calling a doctor that I had been informed was now “my” oncologist.

Cancer is one of those things that really stops. Any plans you thought you had, any sense of control you assumed, they disappear. I was in surgery later that week, I’d been forced to quit my summer job and my parents and oncologist were trying to tell me as gently as possible that there was a good chance I wouldn’t be going back to college, much less Denmark, the next fall.  I wouldn’t say that my diagnosis was my tipping point; more the rallying of friends and family around me. My boyfriend at the time turned out to be a huge flake and started distancing himself almost immediately, as did most of my friends from high school. My family and my college friends, on the other hand, turned into this amazing fountain of strength. I’ll be the first to admit that I was nothing short of a huge pain in the you-know-where, and these people stuck by my through every minute.

I was a huge mess that entire summer, but with the support of my friends, the most wonderful baby sister and parents that a girl could ask for, I pulled through. It absolutely gave me a newfound appreciation for the body that I had always taken for granted. I was up and walking before anyone expected me to be (the tumor was removed from my leg, so I lost a lot of upper thigh muscle), and though chemo wasn’t exactly fun, I was told by every doctor and nurse that treated me that I was breezing through it compared to everyone else they’d treated. I started taking care of my body because it was so fragile, and then realized that I was so much stronger than I ever thought I could be.

Then, miracle of miracles, my doctor gave me the OK to get on a 9 hour flight to Copenhagen at the end of August 2010. God knows I have to have the most understanding parents on the planet because they were nervous but supportive about me going.  After that ordeal, I really learned a lot about myself. I didn’t have to love every single thing about my body, but I certainly didn’t hate it anymore. One of the things I found myself expressing over and over again was the initial feeling that my body had “betrayed” me by getting sick, and then realizing that I had been given this amazing, resilient vessel and that I didn’t need to spend any more time dwelling on being sick – I could focus on how healthy I was now instead. That, the letting go of the past, was a huge turn over for me. I started to let go of a plethora of other resentments, both big and small.

It would be an absolute lie to say that I had my Zen moment and that everything is great now. Though I no longer self-injure, I struggle with anxiety and depressive tendencies from time to time. But I’ve learned down to the very core of my being that no matter what life throws at me, I am an incredibly strong person and I have amazing people around me to be strong for me when I can’t do it. And the biggest thing I think I learned was that there are absolutely people in my life there to help me out. I don’t have to be alone if I don’t want to be. I’m coming up on the two-year anniversary of being cancer-free, I’m about two weeks away from graduating with a degree in Neuroscience and Psychology, and I’m knee-deep in an application to join the Peace Corps. Two years ago, I didn’t think this day would ever come, but right now, I feel incredibly blessed by the course my life has taken. Without that wake-up call, I wouldn’t be the person I am today. 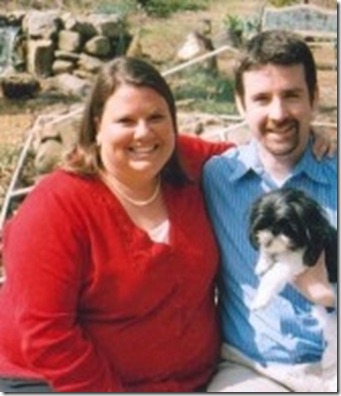 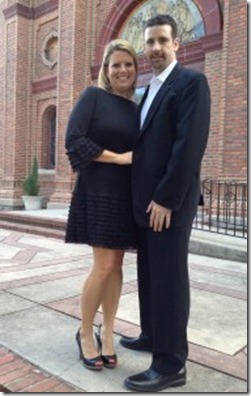 Jennifer wrote, My success started in January of 2009.  I wanted to try to start a family and I knew at 275 pounds, that would make it very difficult.  I was also battling some fertility issues so I knew the healthier I was, the easier a possible pregnancy would be.  I joined Weight Watchers AGAIN (for like the 5th time!) and just wanted to lose SOMETHING each week.  That was my goal, lose something.  I did very well my first year losing over 75 pounds.  Then, the second year, I plateaued for quite a while until getting serious again (I think I was just trying to make sure I could "maintain!").

I finished 2010 losing just over 85 pounds. This past year, on Halloween, I hit the big 100 and finally lost 100 pounds.  I did it all through healthy eating and exercise.  I walked for most of my weight loss and just began running at the end of last year.  I decided to sign up for a half marathon in the spring, not sure if I could do it or not.  Well, I did it!  I ran my first half marathon in March and astonished myself and my family.

I feel like I am just now starting to live life.  I know the past helped to get me where I am today but it isn’t until the past two years or so that I have truly been living.  I am enjoying life and the journey that it brings me.  Even though we haven’t gotten pregnant yet, I feel like I am so much healthier to be a mother when the day does come. (You can read more at her blog.) 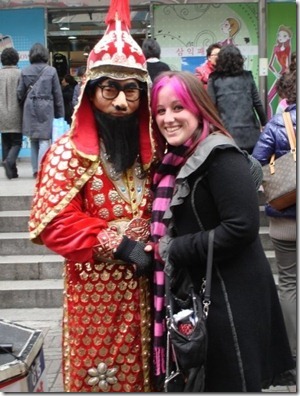 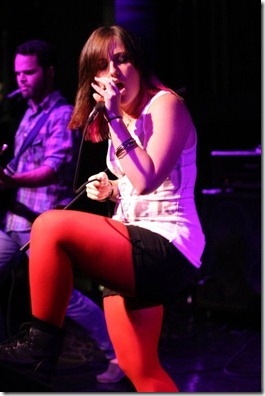 Megan wrote, “I can’t say that my story is different than most others’, in that I didn’t do anything particularly unique or exciting to get to where I am today. My struggle was like many other young women’s struggle: body hate, yo-yo weight loss, doing all the wrong things and feeling even worse about myself.  I always was just a little overweight – "chubby," "curvy," "fluffy," but never "fat." But regardless of my size or my habits, I was never happy with myself. Through most of high school I went through vicious cycles of self harming, starving myself and overeating to compensate, and certainly never exercising, so I just stayed miserable.

One day, it all changed. My sophomore year of college, I was in a relationship with a boy who, frankly, just was not ready for one. Unfortunately, I didn’t have enough confidence or respect for myself to leave him and be a whole person alone, so I stayed with him for an unfulfilled year of misery. He was a great guy, but couldn’t give me what I needed, and luckily, finally realized that and ended it. I felt completely lost and devastated. But I realized something about myself: had I really just spent the last year defining myself as "someone’s girlfriend"? What did I have to show for it? What about MY goals, MY passions, MY growth? Something needed to change.

Shortly after this epiphany, I went for it. I changed my major to something I loved – art – instead of something that would have just made me money. I started new relationships, got closer to the friends I already had, got more involved with causes I cared about, and of course, did something I always wanted to do – I started a rock band.  The music I wrote was good, my voice was even better (if I may say so myself), and I knew it. I loved performing more than anything in the world, and it showed. My confidence grew. I was a part of something I loved, making a name for myself, rather than defining myself through other people. Rather than being known as "the girlfriend," I was "the singer," and I lived for that. With that new confidence came the knowledge that I could make changes for my own growth, for myself, and with that, I decided to start on my own healthy living journey.

All of the times I had tried to lose weight before, it never worked. Maybe I was doing all the wrong things, or maybe I wasn’t motivated, or maybe I just thought I couldn’t do it, but this time was different. Five days a week I was working out, I tracked my intake, kept it right where it needed to be, and guess what, it worked like a charm. I found my healthy lifestyle, and for the first time in my life, I loved my body. Now, I LOVE living healthy. I run, I lift, I challenge, I motivate (or at least I try!). And just recently, I ran my first race, finishing fifth in my division!

I guess I have trouble considering mine a "success" story, because that word tends to imply that there is an end to what I’m doing, success is finishing. I think I prefer to call it "succeeding" because every day I make decisions that lead to my best life, and I don’t plan on stopping until the Earth decides to reclaim me. (You can read more on her blog!)