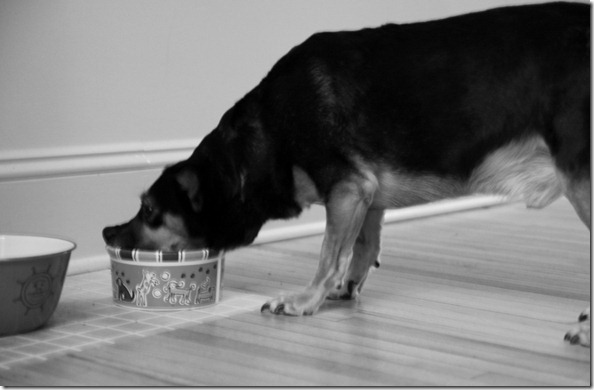 Every single nook and cranny.  (His nose does not normally bend like that!)

I’ve been up since 5:30 – why is it that you can never sleep when you really want to? But it’s not entirely a bad thing because my sleeplessness meant that James and I got to go on a long walk when the sun rose.

We worked up quite an appetite. 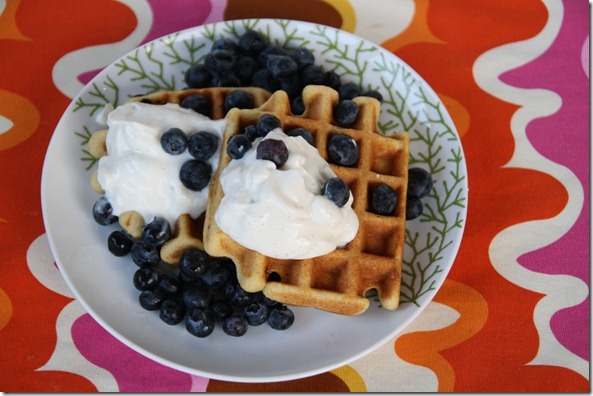 Looks like regular waffles, but it was 1/4 cornbread mix (Bob’s Red Mill GF cornbread mix).  It took away some of the normal sweetness of the waffle mix (Bisquick GF), but in a good way.  Very tasty.

With Greek yogurt and blueberries. 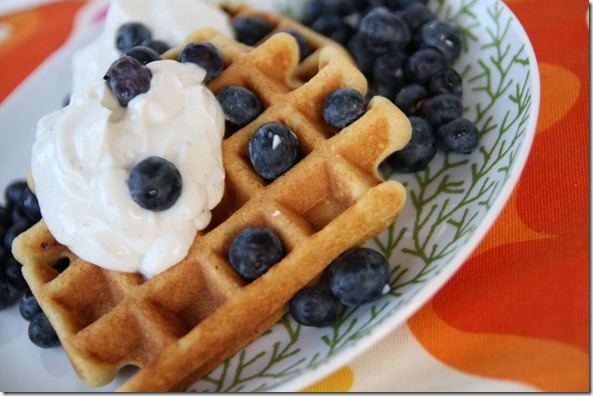 Thought you guys would enjoy this awesome post on BuzzFeed – 48 Photos that Perfectly Capture the 1990s.  (Thanks to BFF Lauren for passing it along and totally making my morning!) 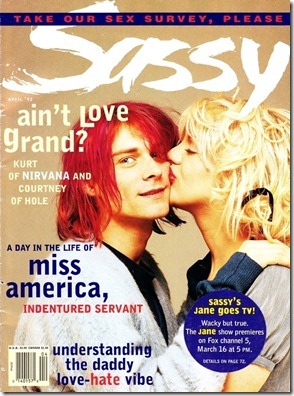 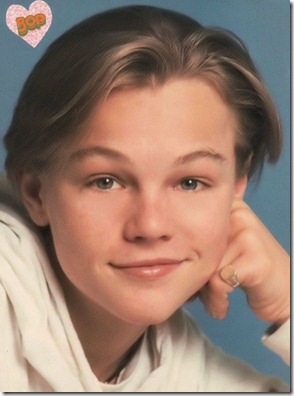 If you had a re-live a decade from any time, which would it be? Honestly, I thought the 1990s were pretty sweet.  Scrunch socks and AOL Chat rooms?!  Bring. It. On.