Time seems to be flying by.  Week 17 already! 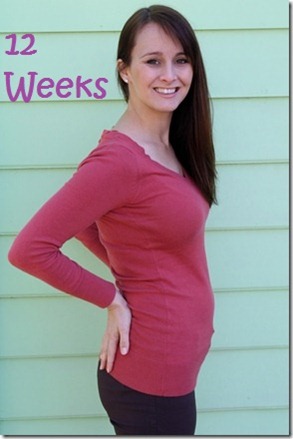 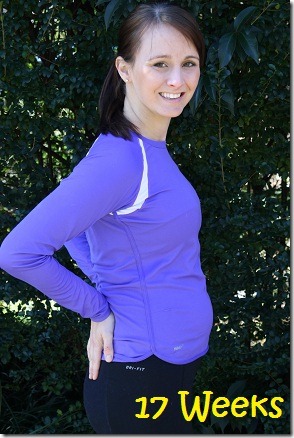 Here’s what BabyHTP is up to this week.  “Your baby’s skeleton is changing from soft cartilage to bone, and the umbilical cord — her lifeline to the placenta — is growing stronger and thicker. Your baby weighs 5 ounces now, and she’s around 5 inches long from head to bottom. She can move her joints, and her sweat glands are starting to develop.”  (Source)  I’ve also read that her ears are formed enough so that she can hear our voices and Maggie’s excessive barking.  Get used to it, baby.

This week, I thought I’d talk about my symptoms instead of discussing a topic (last week’s worrying discussion was SO helpful for me).   I’ve had two ‘unusual’ symptoms this week:  one positive and one negative. 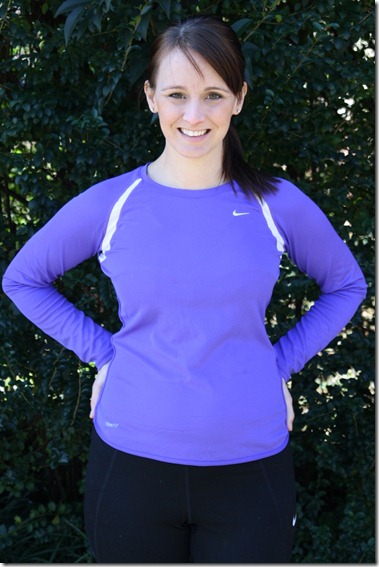 Let’s start with the positive symptom first… I can really feel the baby moving now!  From what I’ve read, I’m feeling her/him (herm) relatively early for a first pregnancy (the ‘flutters’ started two weeks ago), so I’m hoping that means that BabyHTP has strong legs and is destined to be a runner like herm momma.  I used to think that feeling something else move inside of you would be weird – and not in a good way – but it happens so slowly that it’s not scary at all.  It’s just exciting and fun.

On New Year’s Eve, the baby gave me three good thumps right in the stomach – if the Husband had his hand on my stomach, he definitely would’ve been able to feel it.  But beyond those kicks, which were at the perfect angle for feeling from the outside, he can’t feel the movement yet.  We are both very anxious for that moment to come. 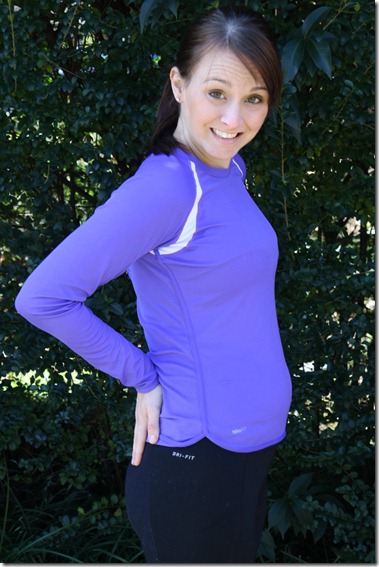 The negative symptom occurred after Saturday’s 5K race.  I ran the entire race and finished in 30:27 – a pretty decent pace!  I was very proud when I finished, but later that night, my abbuctor muscles (inner thigh) were so, so sore.  The pain went away on Sunday but was significant enough that I brought it up to my doctor.

I’m not going to say this in the most technical of terms, but basically, my doctor explained that the muscles that hold your uterus in place and your inner thigh/groin muscles are all connected.  My growing uterus (which has now expanded up to my belly button) is putting a great deal of strain on these muscles when I run.  Since I don’t have the pain at all when I walk/run, she said I’m fine to continue walk/running but shouldn’t do any more 5Ks without walking breaks.   I certainly don’t want to injure myself so I’ll be switching to walk/running all future workouts and 5K races.   I guess 30:27 will stand as my 5K pregnancy PR!

Everyone’s body is so different, and I’ve watched many pregnant bloggers run until their due date without any issues.  I guess I’m not destined to be like that.  Good thing I love to swim, right?

Here are my Babble posts from this week:

Mommas:  When did you feel the baby move?  When could others feel it from the outside?  If you were a runner, how long did you maintain the habit?