Evening, friends!  I’ll admit – I’m still grinning from ear-to-ear over your kind reactions to our baby news.  And I really needed the extra bit of joy because today was a rough day.  I swear I can tell the days the spawn experiences a big growth spurt because I feel significantly worse.  I read that the baby grows nearly 0.4-inch during Week 8 and 9.  Something is definitely happening in there.

During these growth spurts, I picture crazy hormones shooting forth from his/her tiny fingertips like Spiderman’s powerful web, making me feel nauseous and tired and terrible. 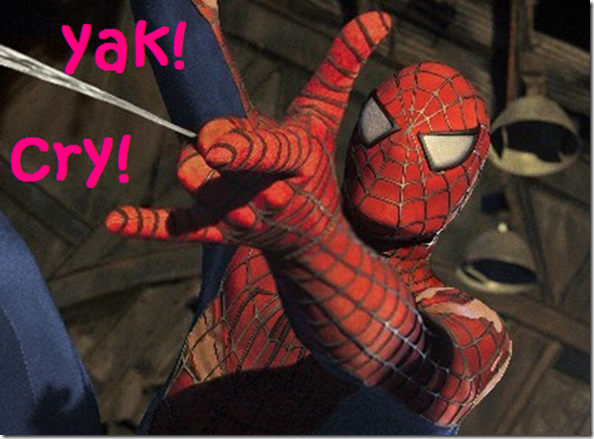 That is probably the most unscientific way to look at it, I know.  But seriously.  Major web shooting today.

The one thing that REALLY helps, however, is going for a run.  It’s nice that one thing that is good for me (and the baby) actually makes me feel better. 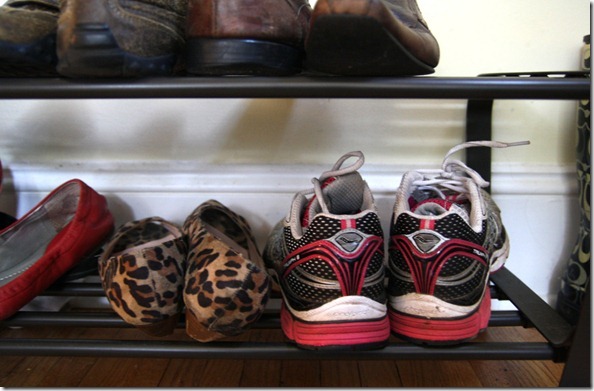 I did three glorious miles.  I think the 5K is going to be my distance for a while.

So many people have asked how healthy eating is coming along and, truthfully, it’s been pretty good.  I don’t want some of my old favorites anymore (yogurt! bananas!) but overall, I’m eating pretty similar to before the pregnancy.  My doctor told me that, by the second and third trimester, I should be eating an extra 300 calories a day, but it’s not necessarily to up my intake in the first trimester.  So I’m just focusing on eating as much whole, natural foods as I can; eating whenever I’m hungry; drinking lots of water; and minimizing junk foods.  I’ll admit that it’s weird to eat ‘for someone else’ instead of just based on what I feel like eating.  My diet certainly hasn’t been perfect, but I’m trying… and I’m hoping it’s enough!

Lunch:  brown rice, white kidney beans, kale, and mushrooms.  I ended up dumping salsa all over it because it was too bland. 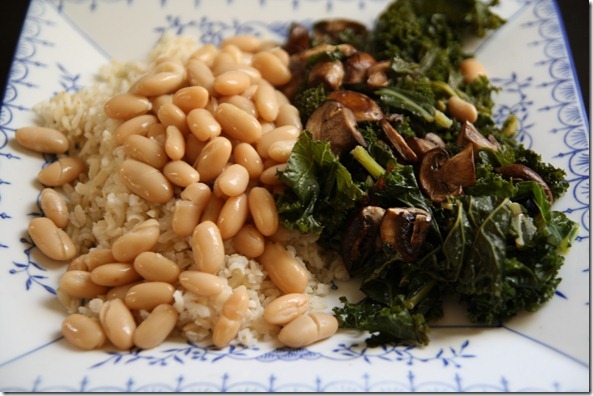 Snack was sunflower butter toast and a pear: 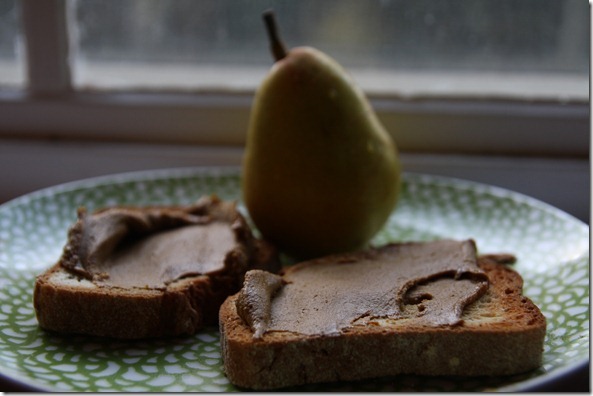 And snack #2 was this Naked Berry Blast smoothie – consumed while shopping for supplies for the Girls on the Run practice 5K, which is on Thursday. 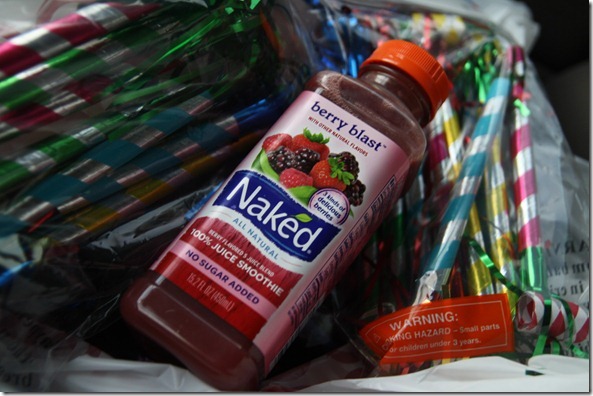 And for diner, I made a crockpot vegetable and bean soup.  I’ll post the recipe if it’s tasty enough!  Planning to eat it with crackers and cheese. 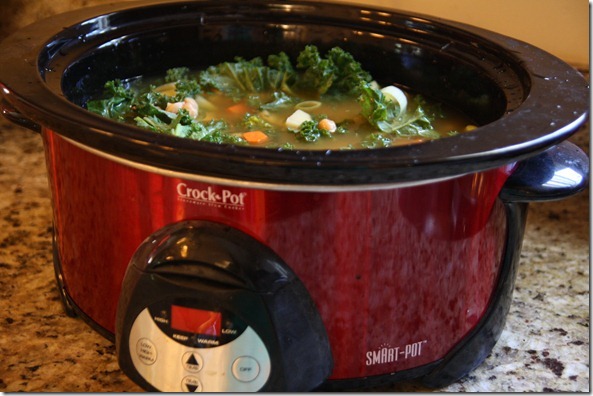 On that note – I’m going to pull on pajamas and crash on the couch.  Weeeeeee!