Last night, the Husband and I went on a date.  Keepin’ the romantic alive by seeing the creepiest movie ever. 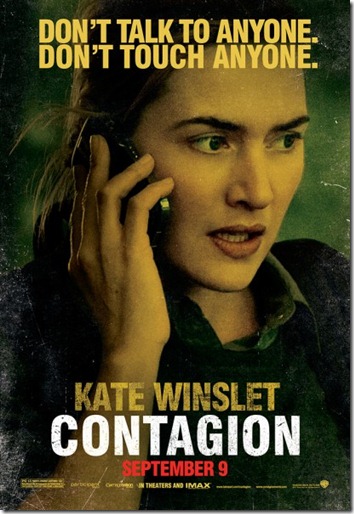 Contagion tells the story of a flu-like disease that spreads rapidly and kills off a large portion of the world’s population.   Think:  lots of long, lingering shots on everything the contaminated people coughed on, sneezed over, or touched.  Did you know the average person touches their face 2,000 – 3,000 times a day?

After the movie, we got fries from Five Guys but were way too paranoid to touch any surfaces (I’m hoping this wears off in a day or two). 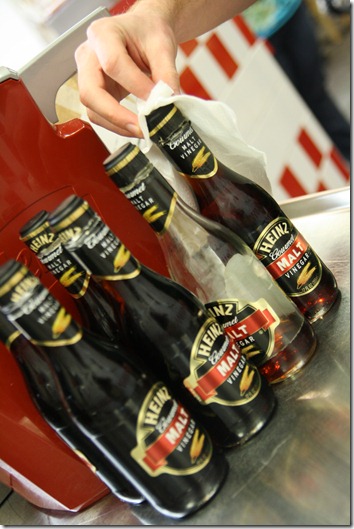 You say peanuts, I say HOTBED OF INFESTATION. 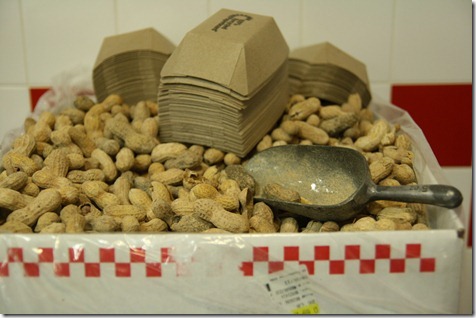 All joking aside, it was a good movie – pretty slow but good.  It really makes you think about how our modern, global society is so vulnerable to viruses and germs.

I have a great (germ-free) breakfast recipe for you.  Sometimes, I lay in bed in the morning, trying to wake up, and think about fun breakfast recipes.  And this is what I came up with today.  Think – savory oats, but better. 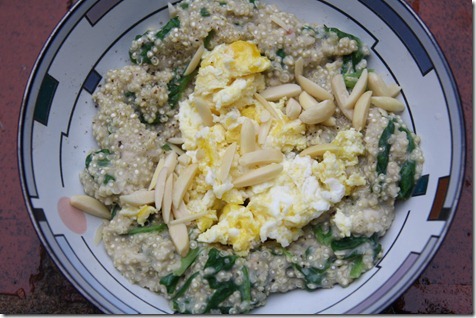 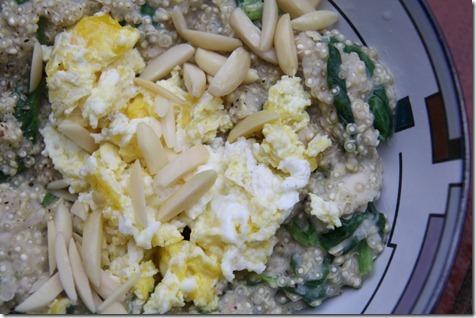 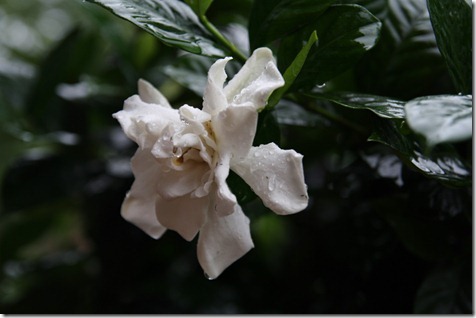 Another day at the computer.  I must be productive today, especially since I wasn’t yesterday!

And being productive definitely includes disinfecting my entire house.