By running with Diana, I ended up having an awesome time at the Thunder Road Jingle Jog 5K.  It was her very first race EVER, and I loved experiencing it with her! 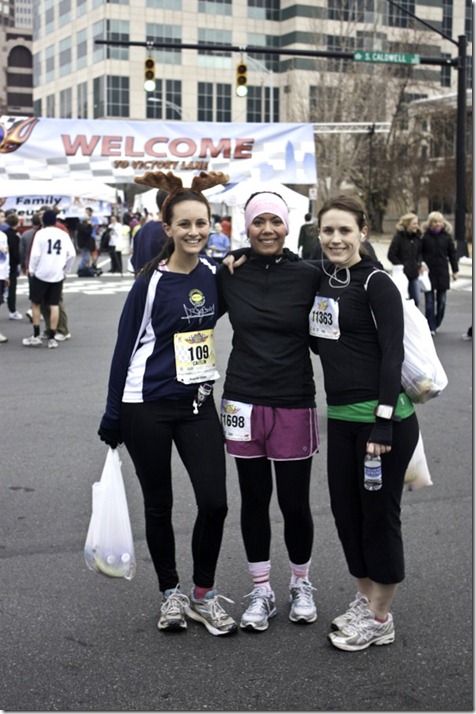 Nicole also ran the 5K but she was super speedy!

It’s well documented through my 31 other races that I suffer from intense pre-race jitter-induced insomnia, but the pressure was totally off for this race and I slept like a little baby.  I clocked in 9 hours and woke up feeling refreshed and ready!

Standard pre-race fare: toast and a banana.  If it’s not broke, don’t fix it. 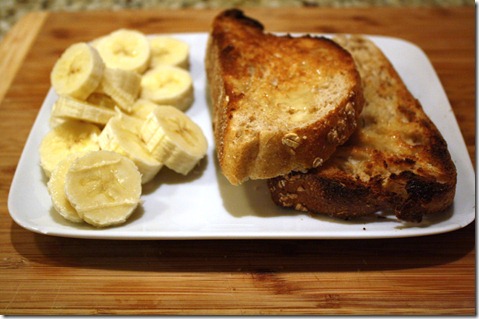 The race start was about 2.0 miles from my apartment, and traffic and parking in Uptown Charlotte is nuts, I decided to run to the race.

The streets were already shut down for the race (there was also a marathon and half marathon).  I was a little embarrassed running down the street in my reindeer antlers!  People kept honking at me! Also, every cop that I ran by said, “You sure are fast!” [Wink, wink] because I was technically running on Mile 16 or so but about an hour and a half before anyone else.  Har har; very funny. 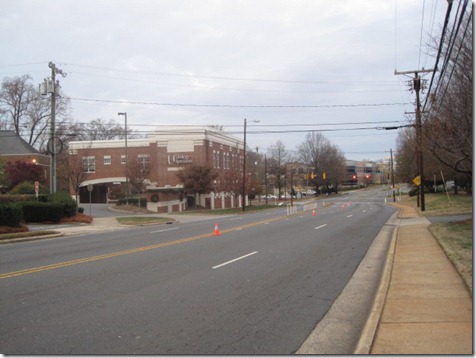 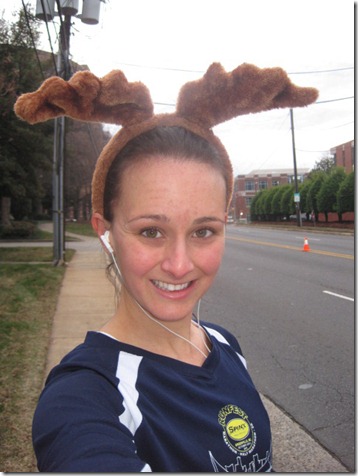 When I got to 3rd Street in Uptown, I looked at my watch and realized it was 7:46, so a slew of Half Marathoners were about to rush by me, but going in the opposite direction.

Thirty seconds later, a cop car went whizzing by, followed by the leader: 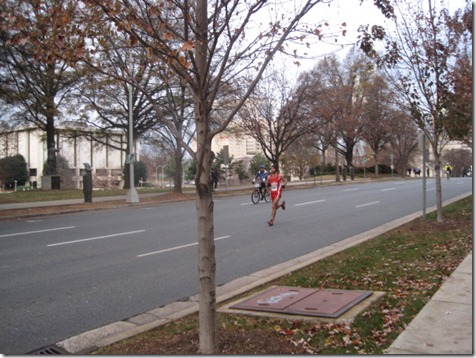 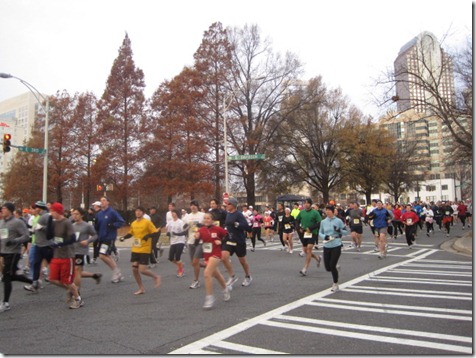 I cannot tell you how many people yelled at me, “Hey Antlers! You’re going the wrong way!” as I ran in the opposite direction with my bib number on.  🙂

Finally, I arrived at the start and met up with Nicole and Diana. 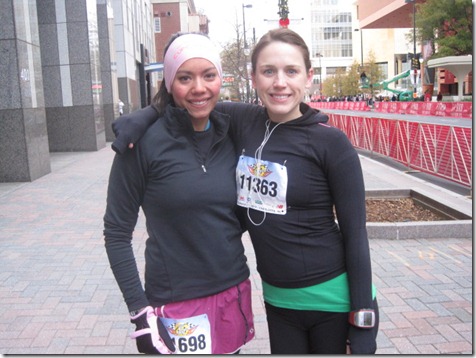 I realized how much of racing is just second nature to me now – Diana kept asking me the cutest questions like, “Where do I put my number?” (front or thigh); “Where do I blow snot?” (sleeve); “Should I pee now?” (yes); “Where do we line up?” (middle of the pack).  I loved it!  It got me so excited to run with her! 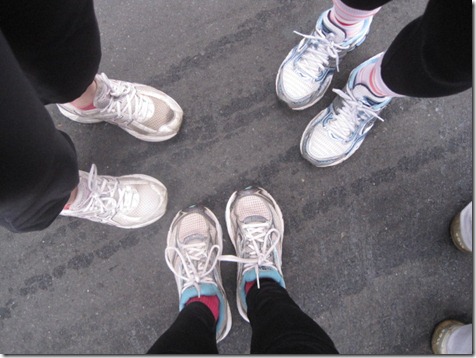 We lined up at the start, and then it was time to go! 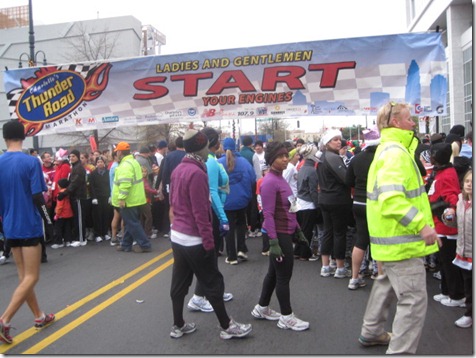 Diana said her goal was to run the entire race, which I think is a great first 5K goal – don’t focus on time!  She is a Zumba queen and has a great cardio base, so I was pretty confident we could do it. 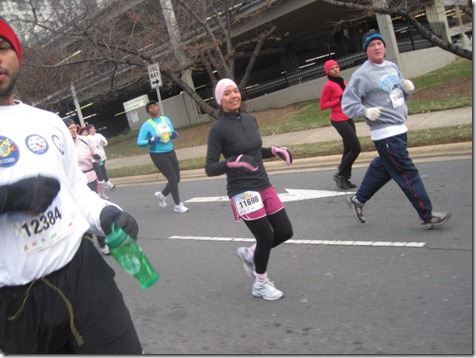 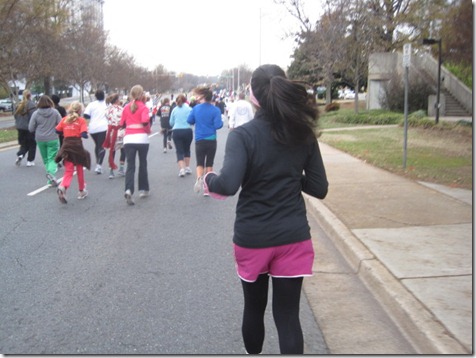 Thunder Road is so hilly but Diana totally held on as we went up each incline!  I kept a constant stream of chatter up to try to distract her as much as possible, but she was doing great.  We only walked through the sole water station (which I don’t think even really counts as walking during the race, personally). 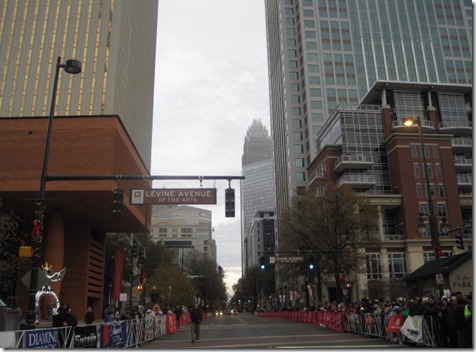 I was SO proud of her!  The whole experience of running with Diana really made me have so much more fun than I would’ve otherwise.  I hope she does another 5K!

Nicole finished in 27 minutes or so! 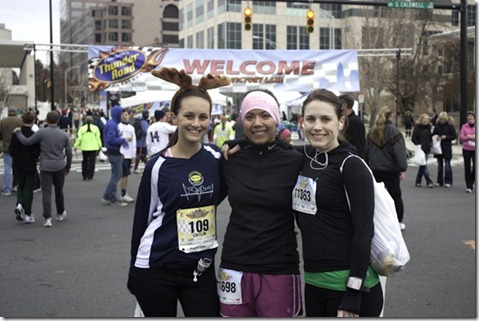 So fun.  I loved doing a local Charlotte race, too!  Next time, I definitely want to do the half marathon.

Came home and crashed back into bed!

Then, I ate grilled cheese and cherries: 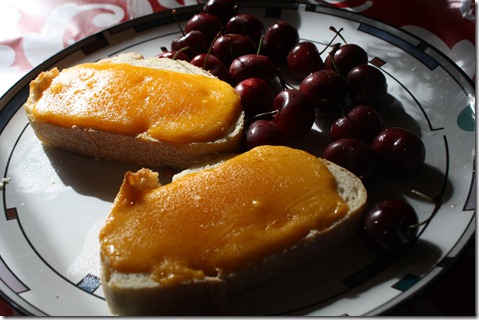 And a platter of roasted veggies: 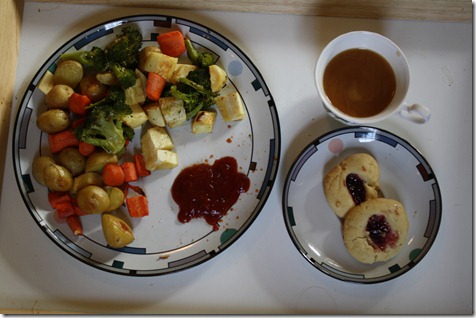 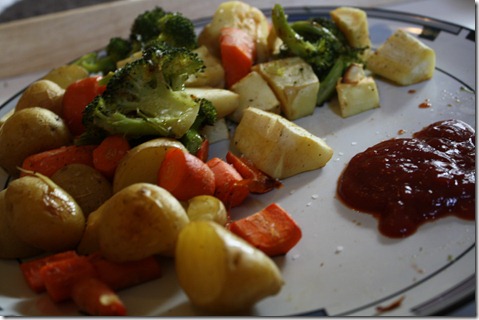 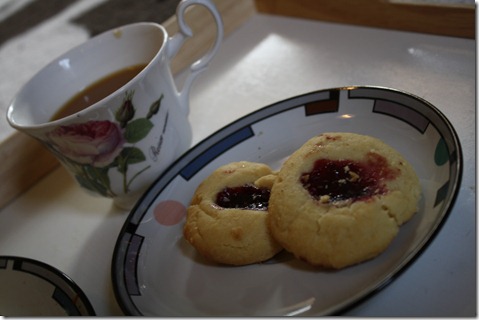 So much work to get done today.  :(  I better get cracking.

Who did you run your first race with (I ran my first 10K solo – it was lonely!)?  Have you ever run a ‘first race’ with someone else?

PS – A MAJOR thank you to reader Jennifer, who graciously donated $300 to Girls on the Run this morning.  You made my 5K that much better!