We spent the evening dashing around like maniacs trying to get ready for Christmas.  I have this thing about cleaning the house prior to leaving so you return from a holiday feeling organized and relaxed.

All the presents are wrapped and ready to be packed in the car! 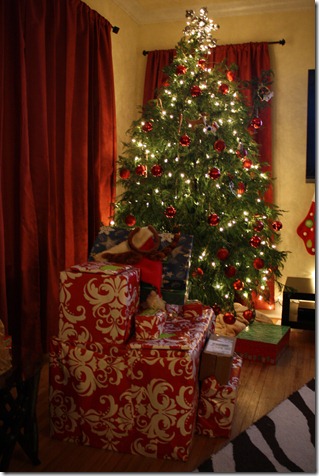 In addition to finishing a chapter (wahoo!), I ran 4.0 miles.  It was actually a pretty bad run.  My troublesome IT band flared up again for the first time in weeks.  I injured it during the Spinx Marathon and have been nursing it ever since.

It was fine until Mile 3.0; I had to walk most of the rest of the way home.  And it was cold outside!  Stupid IT band.  I hope it’s just a fluke! 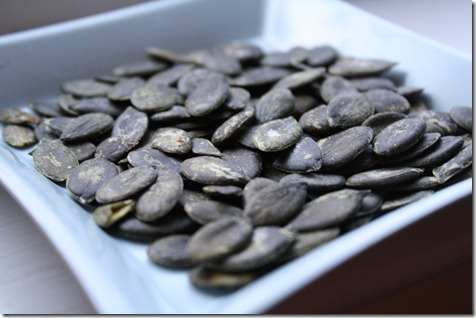 And then I snacked on some toast while I surveyed the disaster that was my house (it’s much better now!).

In my defense, that all came out of the trunk of our car.  🙂

Dinner was a little mish-mash in an attempt to eat up the fridge. 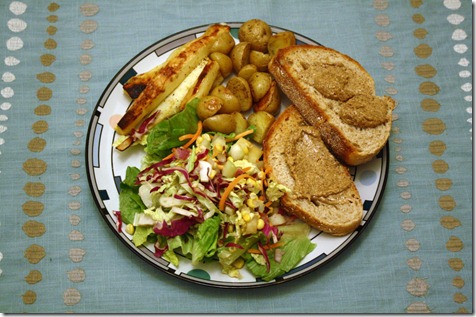 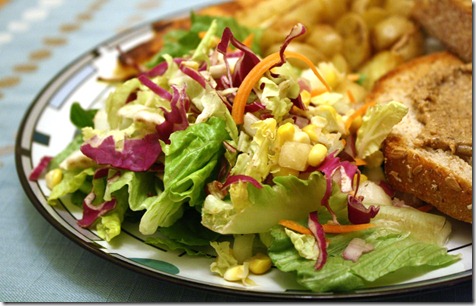 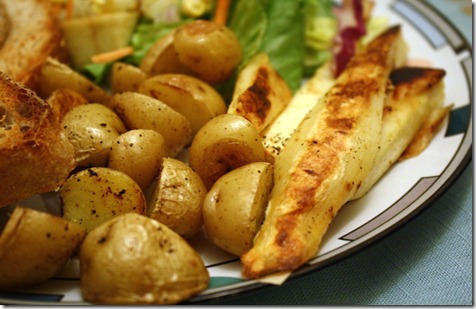 And I had started with just a plain almond butter (AB) sandwich, but then I decided to top it with white chocolate chips and OMG – so much better.  They melted into the AB and it became a big, white chocolate AB mess. 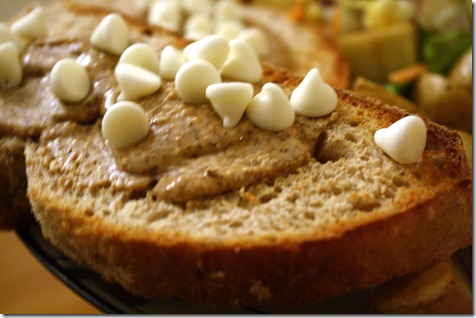 It was like a Christmas miracle on my dinner plate.  Mmm!

Christmas-related question:  When you were a kid, what were the rules for opening presents?  I got to open one gift on Christmas Eve and the rest Christmas morning.  The Husband couldn’t open any until Christmas Day and then it was staggered by his parents to make the gift-opening last as long as possible.

Pssst – Don’t forget to enter the Operation Beautiful contest – you could win some pretty fun prizes!