15.0 Miles with Emma and General 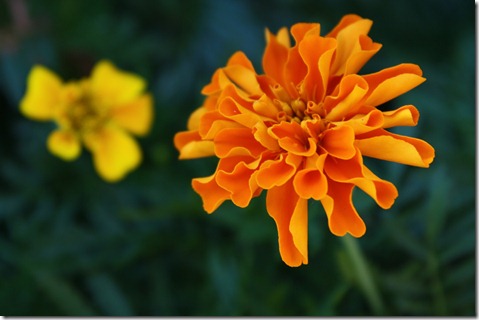 This morning, I woke up rather early for this week’s LONG RUN.  If you’re wondering why I’m already running 15.0 miles three months before the marathon, it’s because I’ve become convinced that my body needs more long, moderate paced runs to properly prepare for 26.2 miles.  So, I’ve added a few weeks into training and mixed in some more stepback weeks so I can do more mid-teen runs. 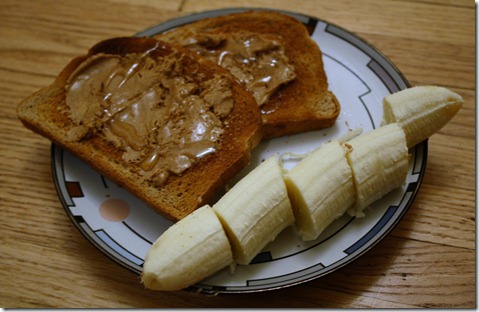 For some reason, this did NOT sit well in my stomach at all.  Maybe because I woofed it down 30 minutes before leaving?  Whatever the reason, my go-to breakfast completely failed me this morning.  I felt like I had rocks in my gut for the first three miles!

I ran about a mile and met up with my friend Emma, who was tackling 12.0 miles today.  I was quite happy to have a running buddy.

All in all, the run was rather uneventful (until the end).  My stomach evened out, we maintained a steady pace, and I refueled halfway through by stopping at a gas station to buy some Gatorade.

I dropped Emma off when I got to Mile 13.0 and then I continued on my merry way.

That’s when I ran into: 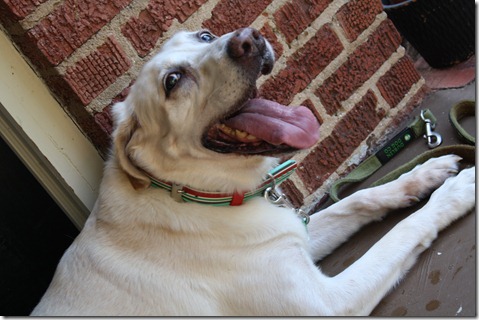 General the Angry Dog!  Well, he wasn’t so angry at first.  I spotted him in a residential neighborhood.  An older lab (I kept calling him Marley & Me), General was dragged around his leash.  I was SO concerned that the owner had fainted on the sidewalk, and General had left him.  It’s one of my personal goals to never walk away from a situation that I can help in, so I grabbed General’s leash (he growled) and made him run back to my house… Plus, if someone found Maggie or James, I would want them to try to find me!

For an old dog, General was a good runner!  Totally reaffirmed my commitment to having a big dog that I can run with one day.

Anyway, we got back to the house around Mile 14.2, and I very carefully grabbed his collar so I could read his rabies tag and call the vet for the owner’s phone number.   General had a bit of a freak-out (turns out he’s blind!) and tried to bite me, but he only really snagged my shirt. 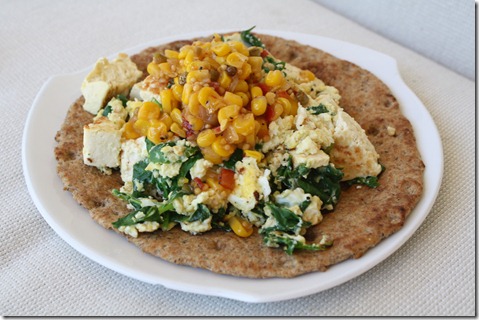 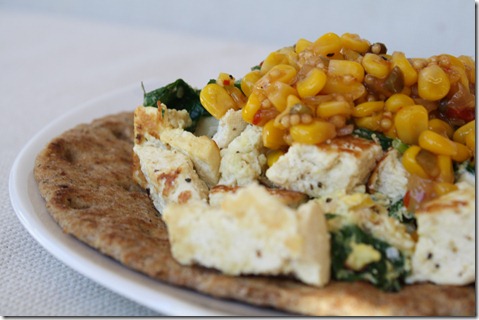 Got a ton of work done (wahoo!) and then I joined the Husband for Introduction to Yoga at our studio.  This was a great class for him to attend.  Very step-by-step.  And truthfully, after 15.0 miles, it was all I could handle, too!  My muscles feel a lot better after getting stretched out. 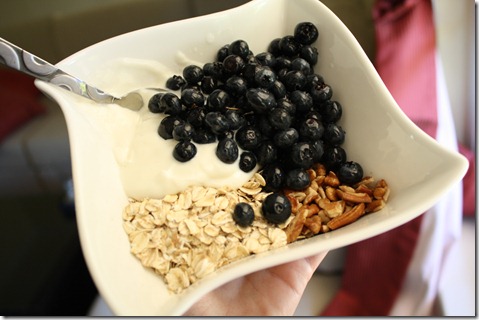 Bet you know what I’m about to do… EAT more food!