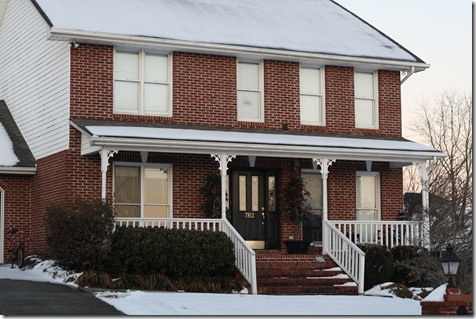 If you guessed that I was visiting my mom in Tennessee, you were right.  🙂

My mom moved to a little town in Tennessee called Powell when I was 19 (I lived in Pittsburgh at the time).  She’s a country girl at heart, and I think my hometown of Miami was just a little too much for her (it’s too much for me, too!).

Actually – I’ll share some of my mom’s back story!  She first worked as a nurse, and then she ended up working at a huge corporation for 17 years – 60 hours a week.  It was a super important, anxiety-producing job.  She was a VERY involved mom, but I also remember her as always working (I felt bad for her more than anything else).  So, when she qualified for retirement, she quit her high-pressure job, sold her townhome, moved to Tennessee, bought a nice country house, and now works at a little boutique for spending cash.  Her life is 180 degrees different than what it used to be, and I’m really happy for her.  🙂

The quiet pace of Tennessee is much more her style: 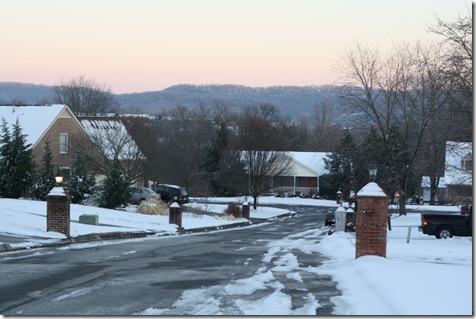 But I don’t think she likes this cold weather! Brrr.

The dogs don’t know what to make of it, either.  James and Maggie haven’t seen snow for over 3 years. 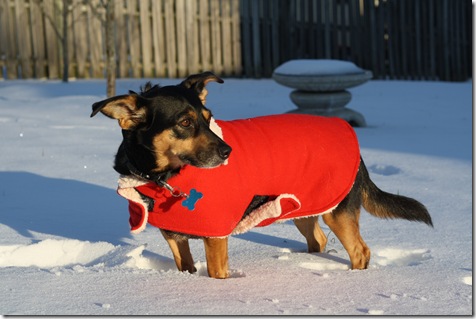 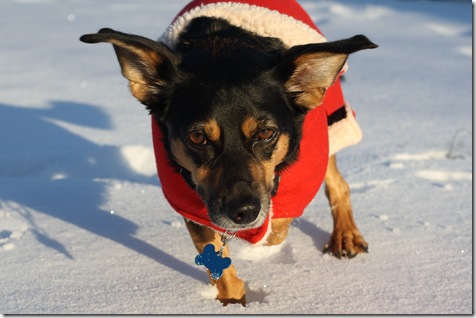 (Yes, my dogs wear jackets.  Go ahead and hate on me if you want, but they get cold easily! :))

The drive up was pretty uneventful, actually.  I thought it would be a torturous 650 miles, but it wasn’t bad at all.  I ate most my snacks (orange, granola bar, Cheerios) and the cous cous mix, but I saved the Chobani and banana for later.  My mom called to say she was making a home-cooked dinner! 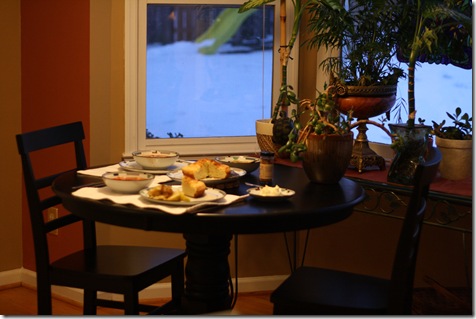 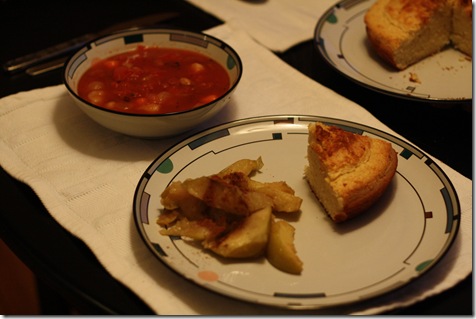 I had homemade veggie soup, two pieces of cornbread, and sweet baked apples.

My mom and I are going to watch the Grammy’s, and then I’m hitting the hay early.  Mom is working tomorrow, so I’m going to go the gym in the morning and spend the rest of the day working out of her living room.  🙂

If you could quit your job and move ANYWHERE, where would it be?  I would LOVE to live in Napa Valley!