I’m posting while eating.  Naughty, naughty!  But, I’ve got to make this snappy and get back to business.

Before the big "vegetarian discussion," here’s what I’m eating for lunch: 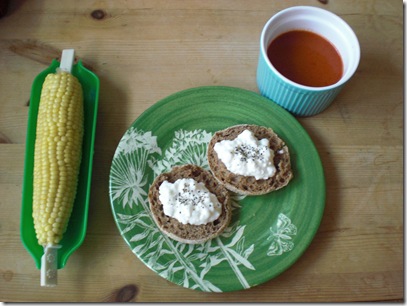 Boiled corn on the cob (These corn holders have been in our family since I was 5 years old!): 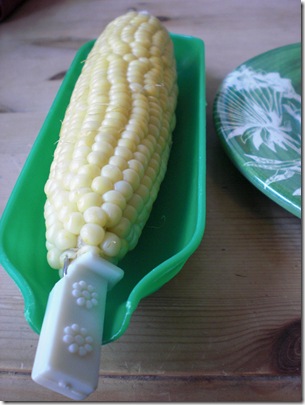 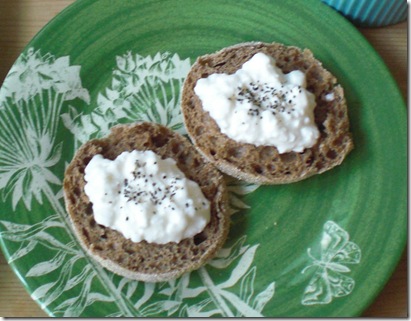 Roasted red pepper soup (1 cup NOT 1 can, this stuff is calorie-dense!): 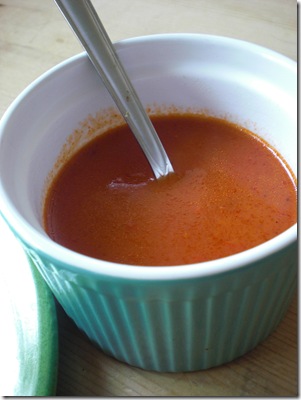 And my dessert will be a chocolate that Brandi sent me: 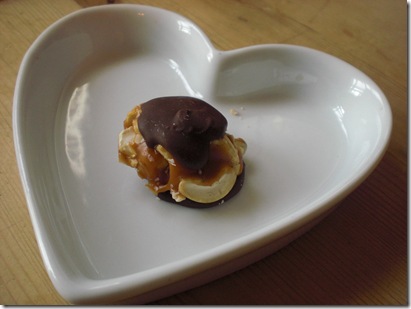 After reading Skinny Bitch, I decided to go vegetarian. I actually haven’t had meat since April 26 (my birthday).  I have been hesitant to "announce" on the blog because I do not want to insult any vegetarians in case I "fall off the wagon."  This is a serious lifestyle choice, and I didn’t want it to appear I was taking the decision lightly.

As I mentioned a few weeks back, I’ve actually tried to go veggie twice before:

Although I think Skinny Bitch is pretty extreme (it says you should be a vegan), the chapters on the treatment of farm factory animals really, really got to me.  I "knew" what it was like for the animals, but to be honest, I just chose to ignore it and eat meat anyway.  After reading Skinny Bitch, I could NOT get several passages about the slaughter and housing of pigs, cows, chicken, fish, etc. out of my head.  Literally, the words haunted me (and still do).

One thing I’ve kind of accepted is that if you’re a vegetarian, there will be times when you have to basically eat junk food instead of a healthy meal (like when you are out to dinner) or you just need to make an exception and eat meat.  Vegetarian options often suck, and sometimes, you cannot ask for modifications (like at The Players Championship on Sunday.  I didn’t document my meals because cameras weren’t allowed, but I literally ate chips and cookies for lunch because that was the only veggie option).

I’m not saying I’m NEVER going to eat meat again.  But for right now, I feel like I need to at least try to go veggie because honestly, I love animals and I just don’t think the way we currently treat farm animals is acceptable.  I know that this statement means I should go vegan, but I really cannot make that big of a change nor am I sure I would want to.   I’m going vegetarian for different/more compelling reasons than ever before, so I think it might stick.

I’m not saying you’re a bad person if you eat meat!  It’s a personal choice that I’m making for myself (the Husband isn’t going veggie, for example).   So, please don’t feel offended.

To answer some follow-up questions in the comments: