I mentioned a few weeks back that I’m beginning to build an imaginary race calendar for the fall – it’s pretty realistic but still imaginary because who knows how much running I’ll do with a young baby!  But it’s still fun to envision doing this or that race, to dream about tackling a new course, or to figure out how I can build the local 15K into half marathon training plans.

Soon enough, my imaginary race calendar was extending into 2013.  I’ve begun to eye the Half Ironman.  I always said that I would never, ever do a Half Ironman but… well, you know what they say about the word ‘never’ (but really, I will never do an Ironman).  I used to be scared of the swim, but now, more than anything, I’m concerned about the bike leg of a Half Ironman.  Assuming that I could get over this fear, there are two popular Half Ironmans near Charlotte – the Beach to Battleship and Augusta 70.3.  Both are at least three hours away; doing either event would definitely require at least one night in a hotel.

In general, I prefer to do smaller, local races because they are generally cheaper and less of a headache.  Getting to the event is simple, there’s no traffic, there’s no bottle-necking at the start.  Large races can be much more fun – better support, crowd support, better goodies – but over 45-or-so races, I’ve just learned I prefer smaller events. I recently realized that I kind of feel the same way about traveling for races.  Sometimes, it is really cool.  But sometimes, it’s a huge headache!

The furthest that I’ve traveled for an event is 2,444 miles.  I flew from Orlando, Florida to Napa Valley, California for the Echelon Gran Fondo Century Bike Race (100 Miles). 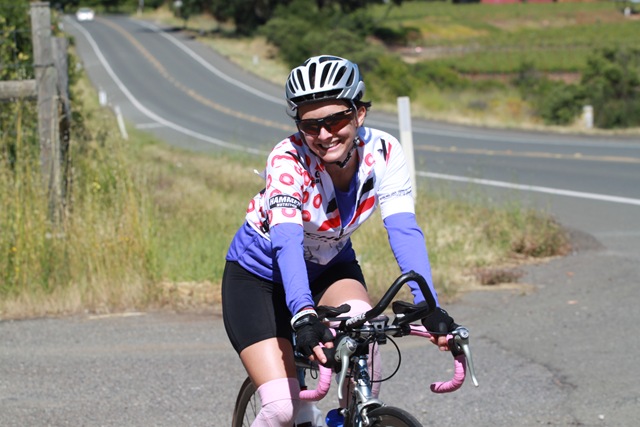 I had a ton of fun at that race (although I seriously still have nightmares about the insanely steep 5K climb in the middle of the ride); however, I’m not 100% sure it was worth the logistical headache.  I had to take my entire bike apart, pack it into a special box, and get it on the plane with me.  Then, I had to reassemble it in California… and repeat the boxing process three days later to get it home.  Ugh. 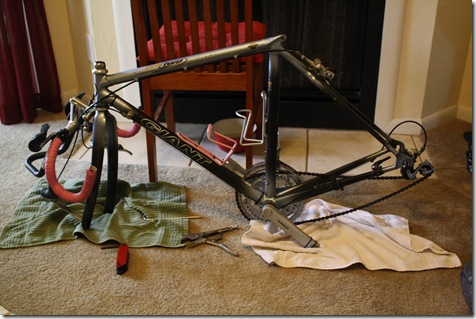 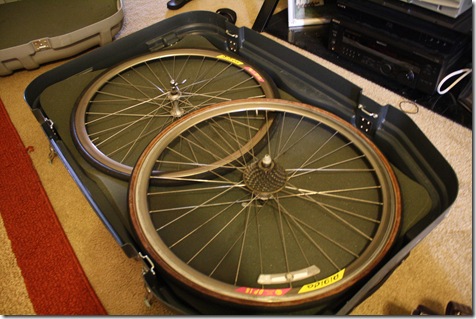 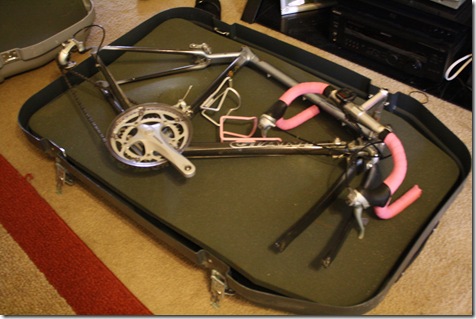 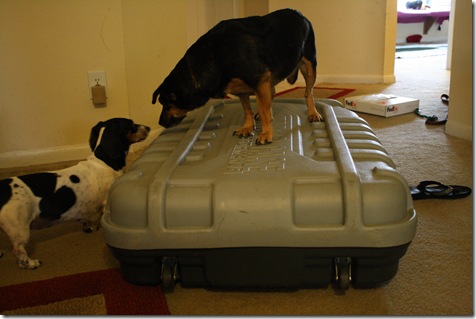 When I lived in Florida, I did Croom’s Fools Run, which was a few hours away from my home city in the middle of nowhere and required a hotel stay.  I LOVED to travel for this race – it was totally worth it, every year.  Since the race was small and in a tiny town, the hotel room cost less than $100, and I always ended up splitting it with friends. 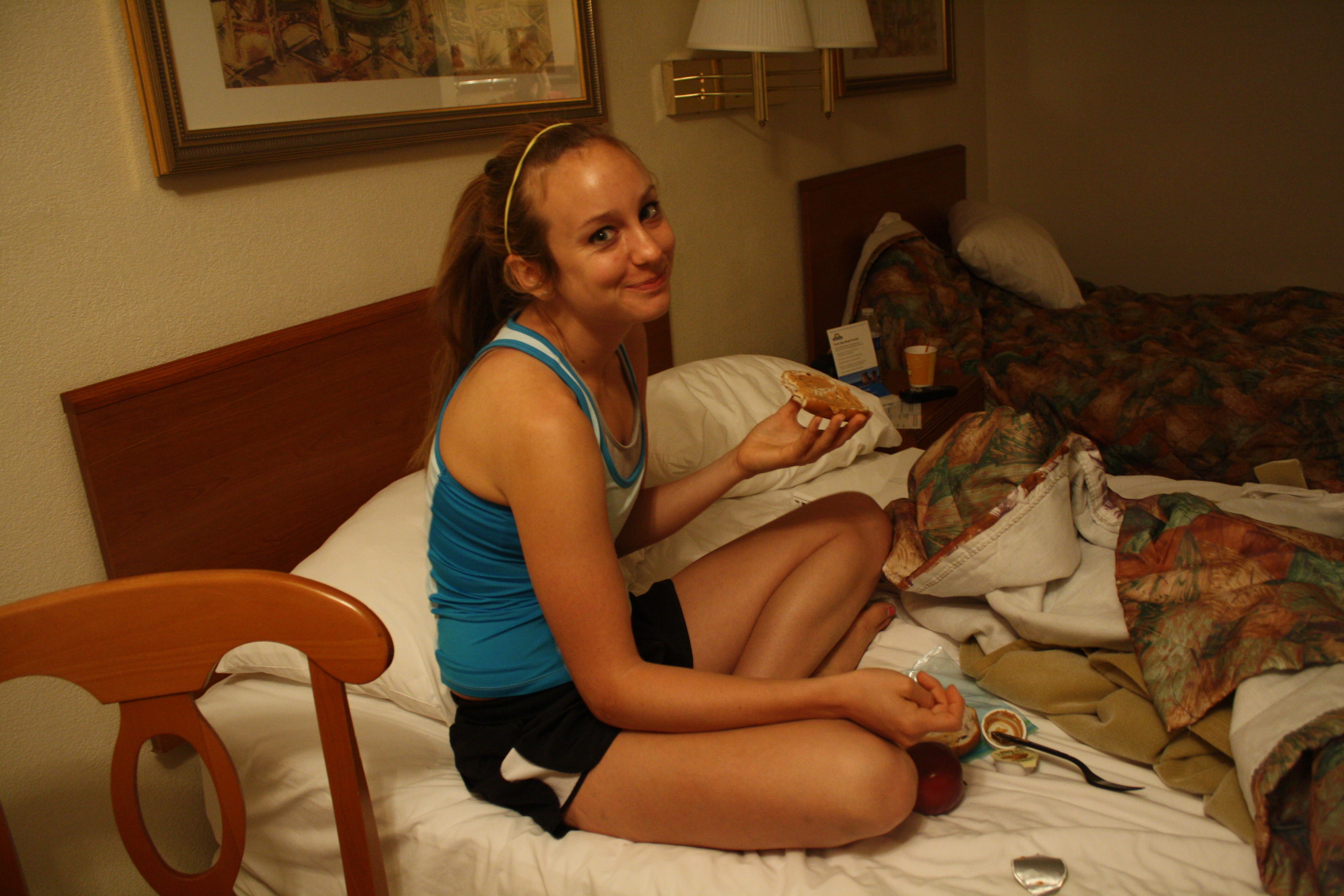 I drove about two hours for my last marathon, and that wasn’t bad at all – mostly because we didn’t stay overnight.  We just woke up riiiiiidiculously early. 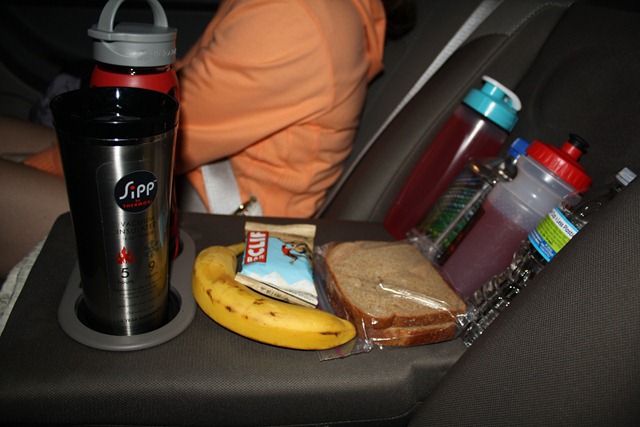 Drink and food station in the back of the car.  Gotta be prepared.

The way I see it, there are a few strong ‘pros’ to race travel:

However, there are some drawbacks or ‘things to consider,’ too.

I guess, at the end of the day, it really just depends on what kind of person you are – do you prefer the familiarity of home or wanna get out there and explore?  I guess I’m a race hermit.  But if I want to do a big Half Ironman, I’ve got to get out of my comfort and out of my town!  Time to pull on my big girl bike shorts, I guess.

What’s the furthest you’ve traveled for a race?  Anyone ever go to another country for a race? Do you like traveling for races or do you prefer to stay local?