Ooooh yeah.  I’m back on track. 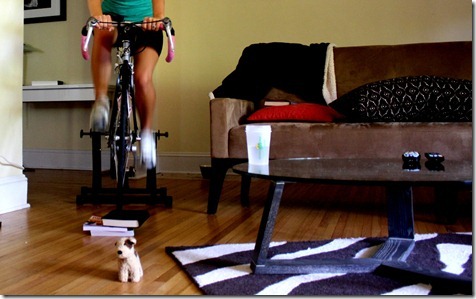 Signed up for a triathlon, doin’ my exercise as I should, and getting excited.

Look – I even have a mini-training plan!  It’s a ‘sort of’ training plan because it’s only three weeks long.

My race is in sixteen days (ahh), but I’ve been slowly building a base for this race for weeks.  I’ve been swimming three days a week and walking/running once or two a week.

I’m excited!  It’s so motivating to have a plan.

And I’m back in Charlotte.  On the way over I had a mixed greens salad + a cookie and bag on peanuts on my flight. 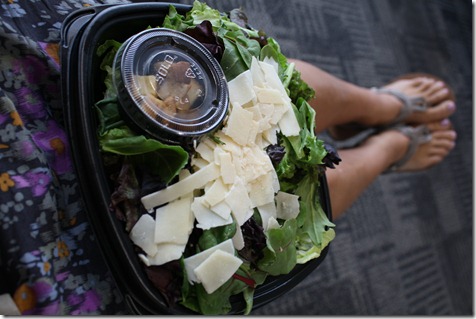 And a glass of vino and a PB sandwich at home: 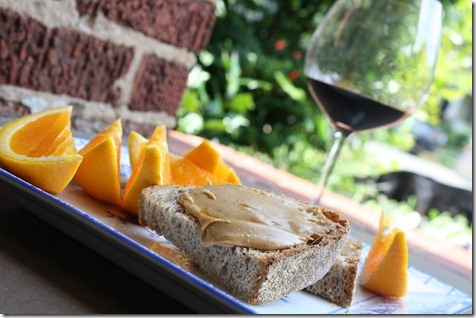 Plus some more bread… Yum. 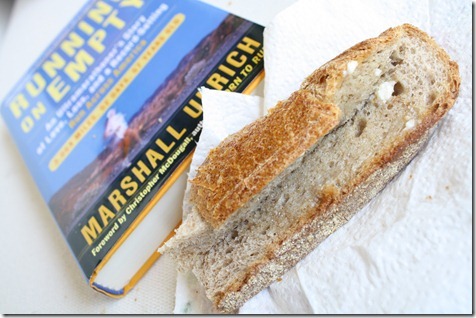 We had no power for four hours and all I could think to ‘cook’ was bread.

The Husband and I have to run errands now – catch ya later!

Anyone else doing a triathlon soon?  Are you as nervous as I am?