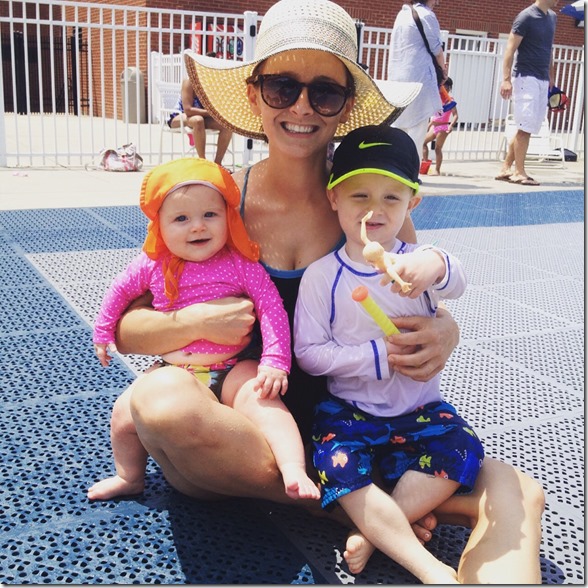 As last week’s not-so-great weekend (all that sickness!) a fun weekend was a welcomed change.  The best part was my blogging buddy Kath and her family came to visit us!  We try to get together at least once a year.  <3 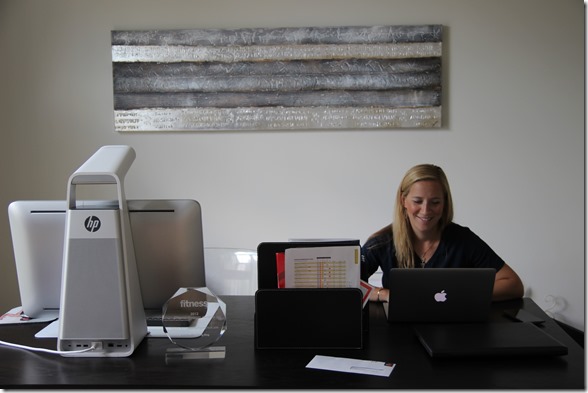 Kath and I went to the Zac Brown Band concert on Thursday night.  I only know one Zac Brown song but still had a good time.  They were really good and did an awesome cover of Bohemian Rhapsody. 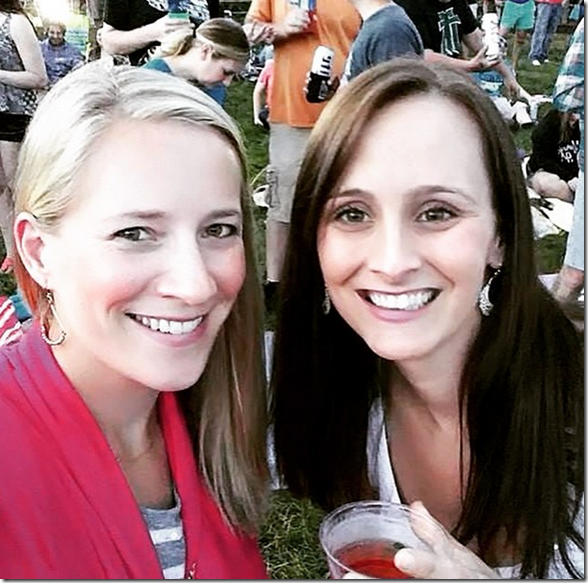 Check this out – we started with lawn seats, but then a random woman who had to leave the concert early came up to us and gave us her seat tickets!  It was amazing!  I think I’m too old for the lawn life… I like to sit in real chairs.  Hah. 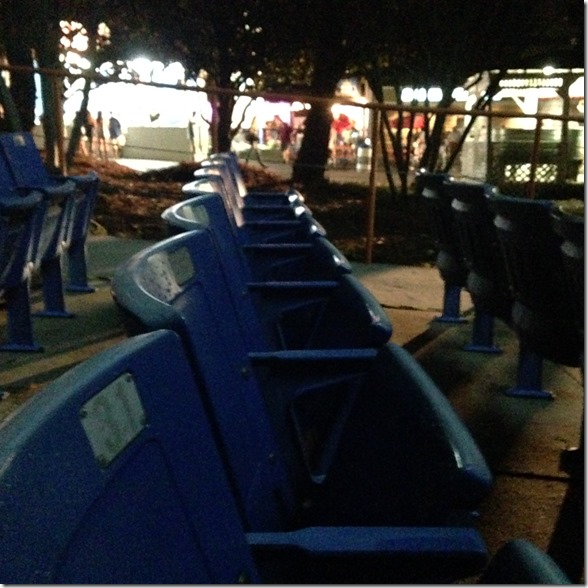 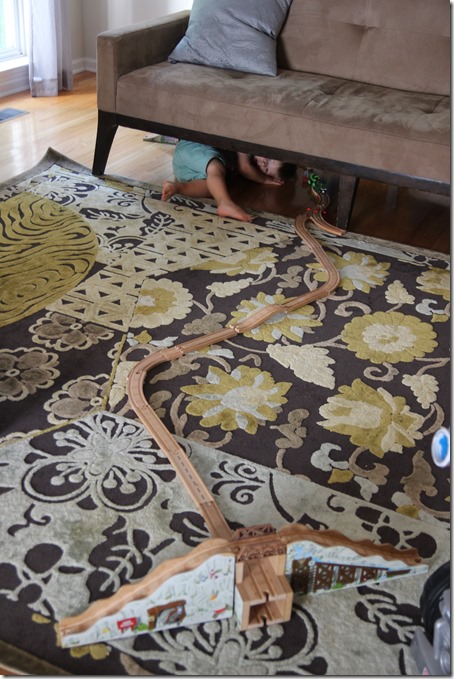 Oh, I have to mention that I AM SO THANKFUL that our air conditioner was repaired on Friday.  We reaaaally lucked out with unusually cool weather all week, so being AC-less wasn’t too bad.  But man – you don’t know what you’ve got until it’s gone.  The temperatures climbed back to normal summertime levels this weekend, so I was super grateful it was repaired in time for our guests. 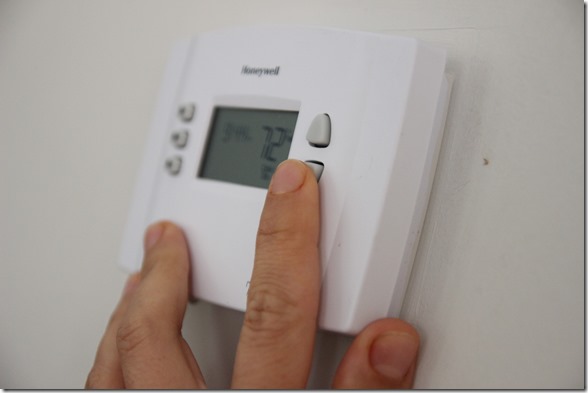 Also – serious shout out to home warranty insurance.  I used to think it was a racket, but we’ve used ours for several big things now with success.  This AC repair would’ve cost almost $5000 without it!  But with it – only $100 copay + the yearly insurance (around $750). Grateful times a million!

Okay – back to our visitors.  On Friday, Kath and Matt went to their college reunion, so Kristien and I babysit Mazen.  I knew I needed some planned activities for the boys (otherwise they would surely eat us alive!), so I came up with this. 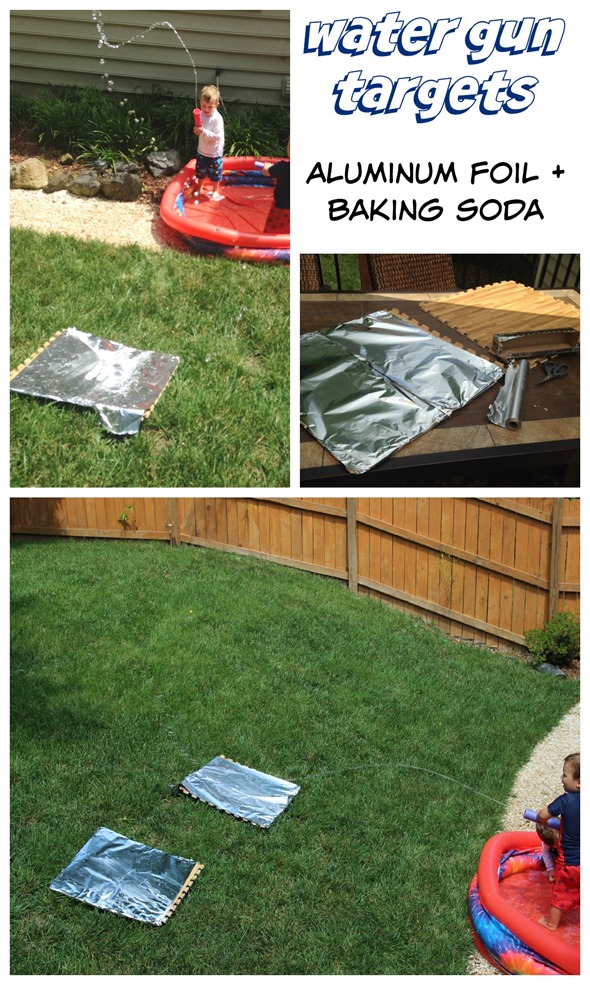 They had so much fun shooting water guns at homemade “targets.” I covered large foam playmat pieces with aluminum foil and then I spread baking soda out – when they hit the baking soda, it fizzled and popped!  Too cool.  I’ll admit that part of the reason that I did this was to redirect the potential for shooting each other in the face…  That happened too, but only a little bit. 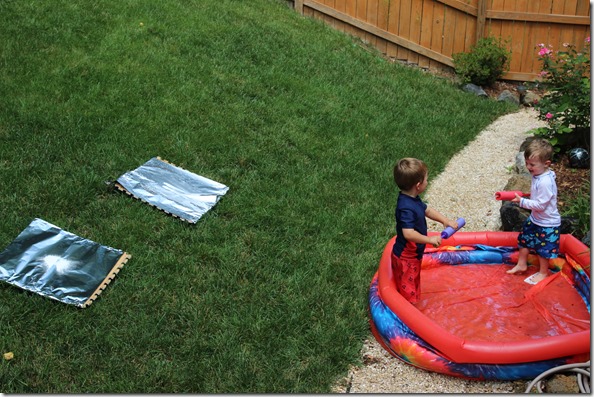 And what was Miss Claire doing this whole time?  Eating, crawling, and PULLING UP on furniture.  Dear God.  6 months and already pulling into a standing position?!  I have my work cut out for me… 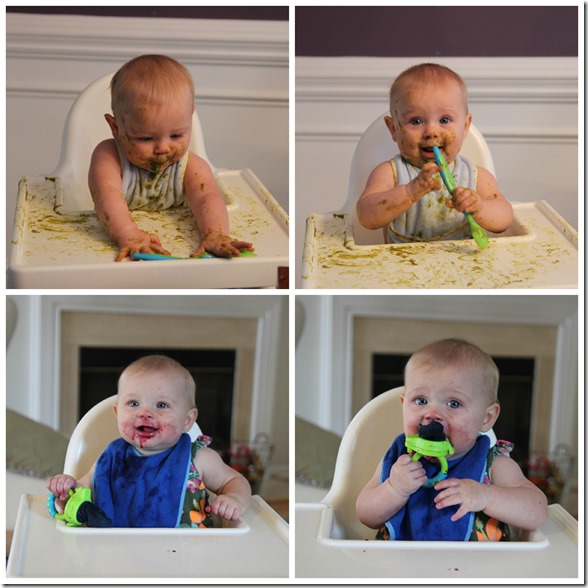 I finally found a puree she likes!  We mostly do Baby Lead Weaning but it’s nice to use the jarred purees every now and then too – much less prep work for me.  I followed Beech Nut on Facebook after seeing a post about how they give you the exact % breakdown of each ingredient in their purees (so it’s not like “peas and spinach” with 90% apples, 5% peas, and 5% spinach – it’s actually 75% peas and 25% spinach).  Also, it’s organic and GMO-free. 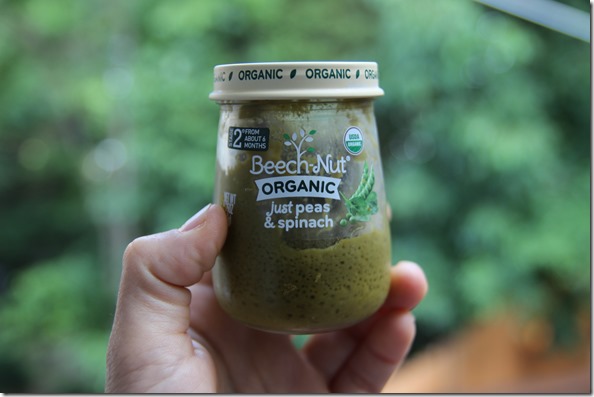 And on Saturday afternoon, I did something SUPER FUN, but I’ll share the details of that later this week.  Here’s a hint… 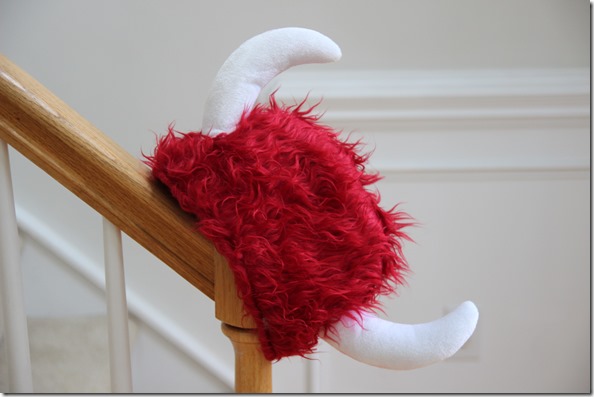 Hope you had a fun weekend, too!

Next post: A Masterful Bedroom (and a Sleep Innovations Giveaway!)