Scary Dolly, Making Time for What Matters, and Book a Week 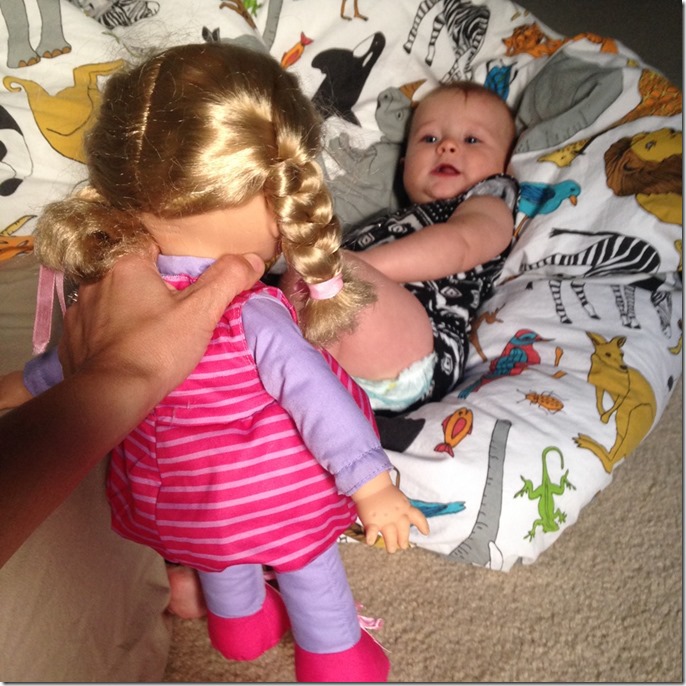 Claire received a hand-me-down dolly with a realistic face (you know, the kind that opens and closes her eyes when you lay her down), and Claire thinks it’s the weirdest thing ever.  She’s not sure if it’s real or not and will reach out to touch it before shrinking back at the last minute.  Hah!

So – this week’s exercise theme was MAKE TIME FOR WHAT MATTERS MOST.  I cleared some room in my workout schedule and really decided to buckle down with triathlon training.  And I am now SO excited for the race in August.  Having a plan – and a big goal – is so invigorating.

Also, I actually wrote my plan out (instead of just winging it on a daily basis in accordance to what I feel like I “should” be doing) and had a lot of success with that.  Putting my workouts in my daily planner – right next to deadlines and conference calls and doctor appointments – made them really concrete. 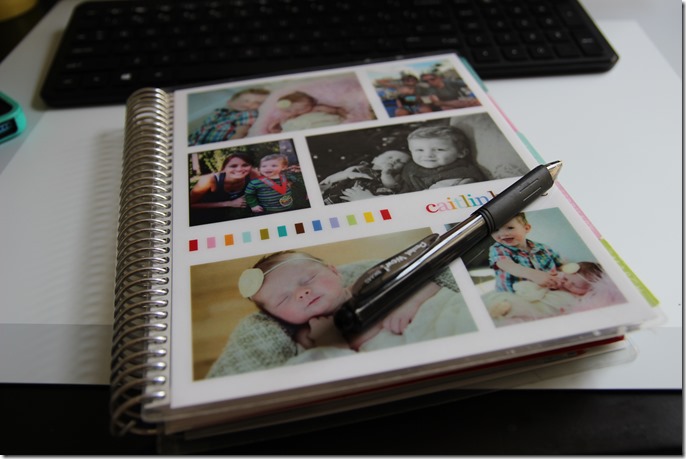 Here’s what I did last week!

Thursday – I got terribly sick on Wednesday evening (I puked 13 times in 4 hours!) and obviously took Thursday off to recover.  I spent almost the whole day in bed.

Friday – I woke up Friday feeling totally normal, so it must’ve been something I ate.  I went to spin class (but took it easy) and swam a really gentle 250 yards. 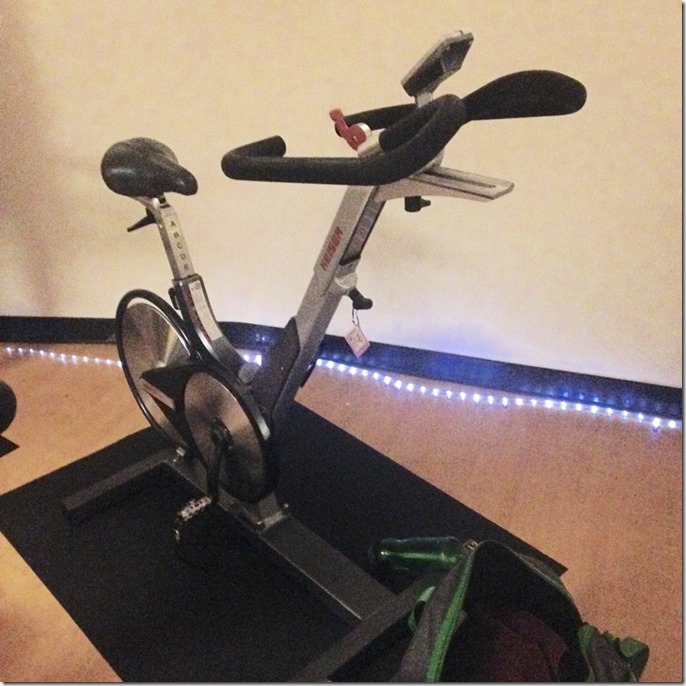 Super happy with my run total, but definitely need more time on the bike and in the pool.

Speaking of the pool, we had a lot of family time at the pool this weekend… Claire has truly become a water baby – she kicks her feet so much when she sees the water!  And Henry, of course, adores the pool life.  Especially because we always get Popsicles when we need a break from the heat. 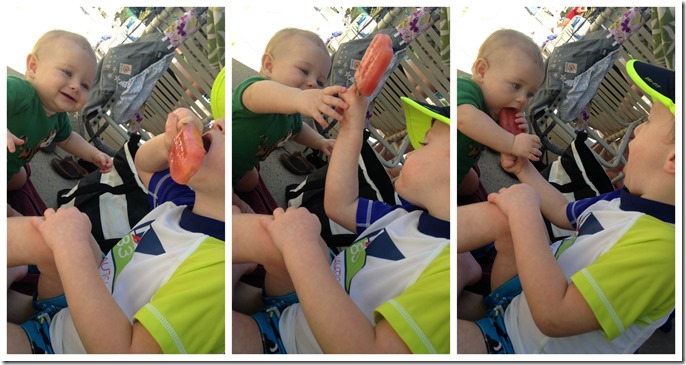 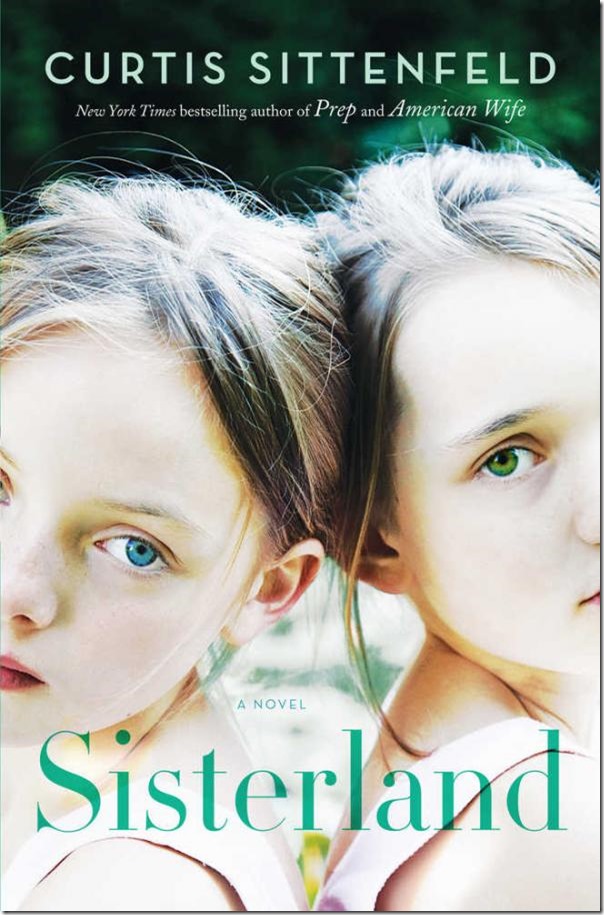 When people hear about my Book a Week progress and ask me what are the best books of the year so far, I always think over the list and immediately say Unbroken, How to Talk so Kids will Listen and Listen so Kids Will Talk, and The Girl on the Train.  Now I have another book to add to this list!  Sisterland was an awesome read.

Here’s the plot summary: “From an early age, Kate and her identical twin sister, Violet, knew that they were unlike everyone else. Kate and Vi were born with peculiar “senses”—innate psychic abilities concerning future events and other people’s secrets. Though Vi embraced her visions, Kate did her best to hide them.  Now, years later, their different paths have led them both back to their hometown of St. Louis. Vi has pursued an eccentric career as a psychic medium, while Kate, a devoted wife and mother, has settled down in the suburbs to raise her two young children. But when a minor earthquake hits in the middle of the night, the normal life Kate has always wished for begins to shift. After Vi goes on television to share a premonition that another, more devastating earthquake will soon hit the St. Louis area, Kate is mortified. Equally troubling, however, is her fear that Vi may be right. As the date of the predicted earthquake quickly approaches, Kate is forced to reconcile her fraught relationship with her sister and to face truths about herself she’s long tried to deny.”

I’ve also read American Wife by the same author (I hear I have to read Prep), and the thing that I love the most about her writing is how she really delves into the character’s past and present, as well as their innermost thoughts, in a way that is fun and interesting to read.  The details are so rich!  But not boring.  And Kate was a great character – not perfect at all but completely human… Someone you both liked and were annoyed with at the same time.  And I really did NOT see the ending of the book coming and thought it was a creative way to wrap up a big plot line.  It gets a little “soap operaish” but I thought the build-up and drama was great. 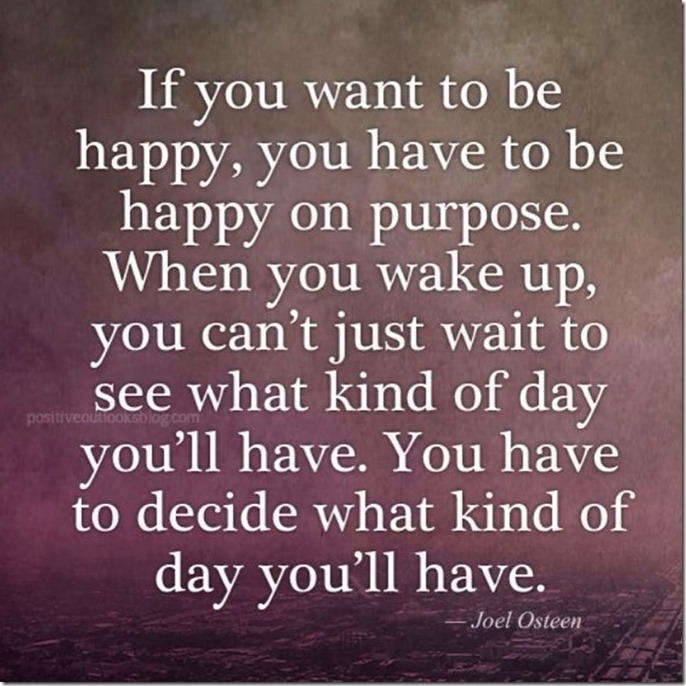 Have an awesome day.