A Breastfeeding Update (+ My Number One Pumping Tip)

I thought I’d share a breastfeeding update because, well, I get asked all the time about it!  And I think about it all the time because I do it, like, seven times a day.  I was pretty open about my journey (and struggles) with Henry, so I think it’s natural that people are curious about Claire.  Some of this is mentioned in other posts, but it’s probably helpful to put it all in one place… 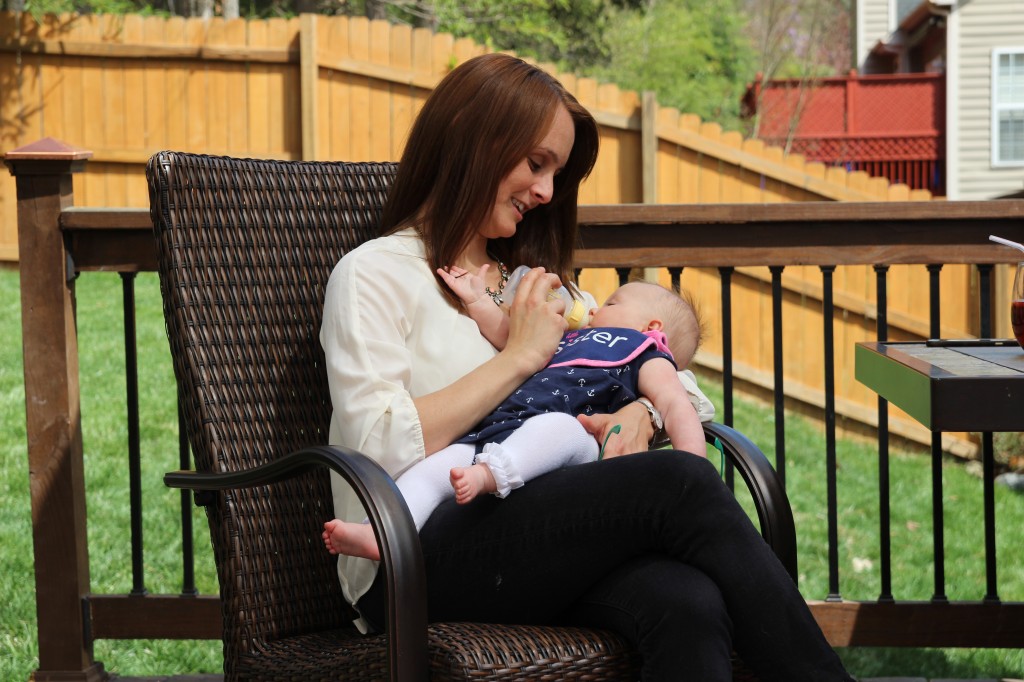 Everyone always says, “Give breastfeeding six weeks. It gets a lot easier.” I knew this with Henry, but it never got easier – and by six weeks, I was pumping exclusively.  If we did try to breastfeed, I had to wear a nipple shield (one of those things you’ve never heard of until you try to breastfeed). I could never really get him to latch on the breast directly. I got frustrated, he got frustrated, and soon, we were onto bottles forever.  And then eventually formula, too, when I decided to wean myself from the pump. <– Oddly enough, this post remains one of my most popular ones because, when I wrote it, there was very little personal info online about stopping pumping!

So. Enter Claire. I wanted it to be different. I remembered how much I hated the pump. I tried to make breastfeeding work – I really did.  But in the hospital, she DESTROYED my nipples. The second night of her life, she ate every 30 – 45 minutes until I was cracked and bleeding.  So I asked for a pump (but didn’t use it – just knowing it was close by was good enough) and a shield.  I put on my old nemesis, the dreaded shield, but I felt instant relief. Thank goodness!

Despite the rocky start, we continued to breastfeed. My nipples healed, but I was using the shield now all the time. Thanks to my flat nipples in particular, her latch wasn’t deep enough to suck without hurting me.  And then, at her one week appointment, I found out that Claire hadn’t gained any weight after being discharged from the hospital. I was SO upset and felt like, once again, I had really failed with breastfeeding. The doctor told me to pump a few bottles for her every day and come back in a week.

Well, that was a slippery slope. I had held out all week on introducing a bottle, but now, I felt like I had to. And this time around, instead of being a torture device, the pump felt familiar.  Like a friend almost – I had spent so much time pumping Henry that I knew all the tricks for faster letdown (smell your baby, look at her face or a picture of her, massage your breasts at the same time). And Claire LOVED the bottles. She ate it up. Ironically, when I weighed her a week later, she’d “gained” so much weight that it was obvious she hadn’t had a weight problem to begin with – the scales were just off!

So I was pumping (again) but still breastfeeding, too. Always with the shield. I aimed for half and half, but then I started to pump more and more of her feeds. A few weeks ago, I realized that I was hardly breastfeeding her at all anymore. In hindsight, what I hated most about pumping was that it provides almost no flexibility with feeding. Similar to how I would feel, I suppose, if my baby refused to take a bottle and only wanted to breastfeed! I thought I’d be happiest with my breastfeeding relationship if I could have greater flexibility – more boob, some bottles, some back-up milk in the freezer for down the road.

Over the past few weeks, we’ve really been making an effort to actually breastfeed, and I have to say – it’s SO MUCH EASIER at the four month mark than it was two months ago!  I went to feed her with the shield on, and she ripped it away – she didn’t need or want it anymore. It’s so much easier without a shield, and I never thought we’d be able to drop the shield, which is awesome.  I still have plans to wean and switch to formula at some point, but the greater flexibility makes it easier to consider staying with breastmilk for even longer.  I also don’t feel as angsty about breastfeeding in general this time around; I think a lot of that has to do with how incredibly sleep deprived I was with Henry.

And another cool thing (I’ve mentioned this before) is that Henry is now also getting breastmilk, too!  I mix his with chocolate milk powder to ensure he’ll drink it – hah!  But since I started giving him a few ounces a day, he hasn’t had more than a case of the sniffles!  No idea if that’s just luck or my milk’s antibodies in action, but it’s pretty cool.

One thing that I’ve learned is breastfeeding is always different for every woman. But it’s also very, very different from baby to baby.  And for each baby, it’s different month to month!  So I want to say that if it didn’t work out with your first, and you’d like it to work out with your next, there is hope! It can be different, and it can be a lot better, emotionally and physically.

Okay – onto my number one pumping tip… 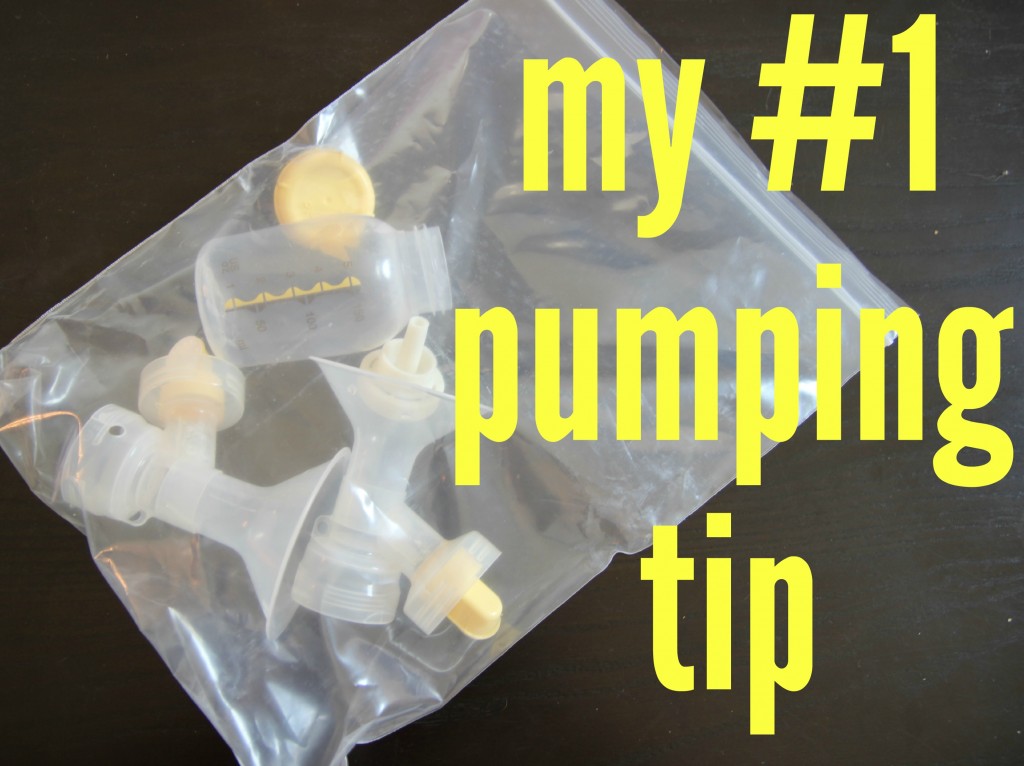 After you pump, put all the pump pieces in a big Ziploc bag. Seal it and put it in the fridge until your next pump. The cold air of the fridge keeps bacteria from growing on your pump parts, which means you DON’T HAVE TO WASH YOUR PUMP PIECES AFTER EVERY PUMP!!! Amazing, right? Washing pump pieces is the most annoying part of pumping, for me, so this makes the process a lot easier. I wash them once a day, after my last pump before bed.

I’d love to hear about your journey, too! How did Baby 1 compare to Baby 2? Any breastfeeding or pumping tips?