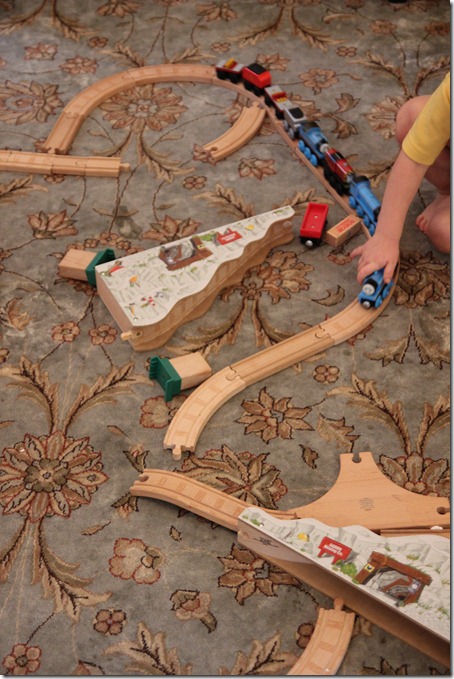 Well, at least the little one is!  Henry came down with a nasty stomach bug yesterday afternoon, and we’ve been couching it up ever since.  Poor kiddo.

Before everything fell apart (and got puked on), we managed to have a fun morning.  It’s crazy how fast kids go from perfectly normal to a hot mess, huh?  We watched the Husband play soccer – he plays on two intramural leagues, one on Tuesday and one on Sundays.  The Sunday one is super challenging. 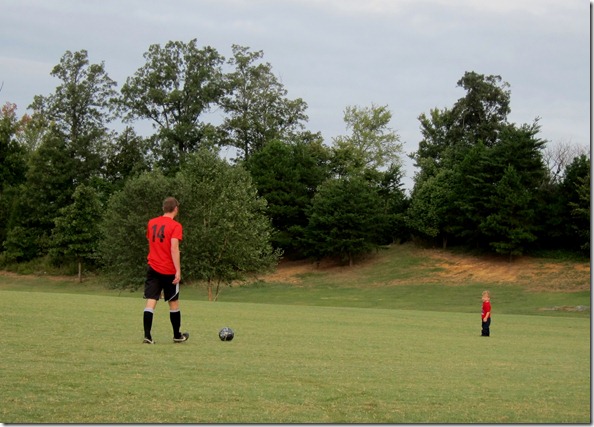 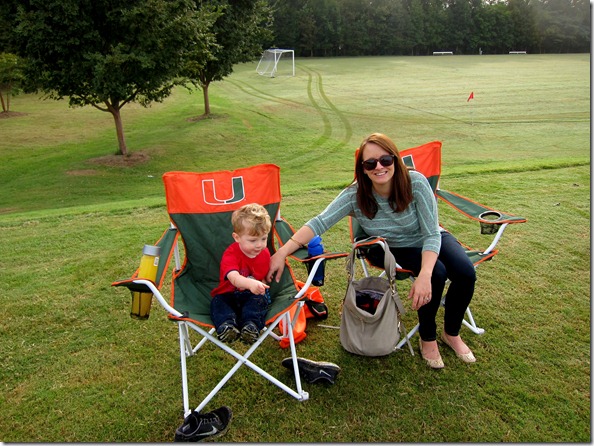 It was fun, and Kristien played well, but his team lost.  Booo.

I had grand plans for productivity today.  Did you guys hear about that fire/suicide attempt at a Chicago air traffic control tower on Friday that resulted in 2000 flights getting canceled?  The fallout ended up impacting flights all over the Midwest (and probably further!) the entire weekend.  I wasn’t even sure I was going to make it home on Saturday – I ended up getting back at 1 AM, nothing but grateful that I was home at all!  So clearly, there is a ton of work for me to catch up on, but Henry is obviously staying home today.  So now I’m in a bit of survival mode. 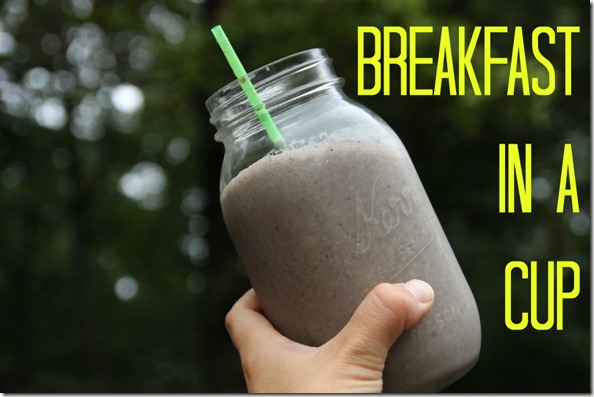 Oatmeal (straight up uncooked, trust me) 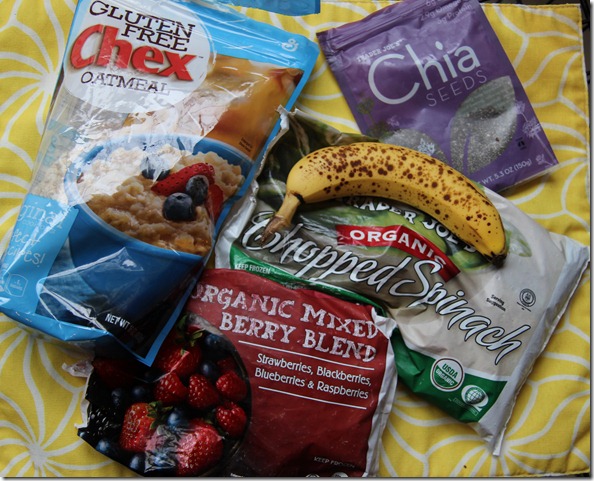 I hope your Monday is going a LOT smoother!  <3  Have a good one.