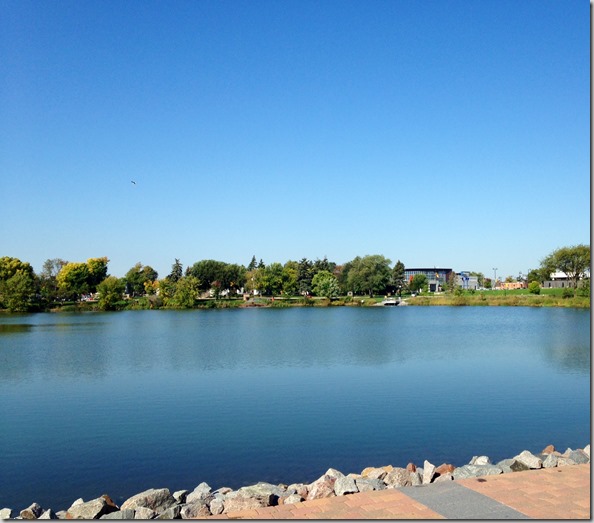 It is absolutely PERFECT in St. Cloud right now.  Warm and sunny but just breezy enough… And everyone here is SO nice.  I can’t get over how nice people are in Minnesota!

Normally, for Operation Beautiful events, I pop in and out over 24 hours, but I have two events over two days + a travel home day.  That meant I had a travel-free day (today!) in the middle, which was so nice.  I’m actually staying on campus in the dorms (well, a special ‘guest suite’ that’s more like a private apartment), and it’s been pretty fun to loiter on campus, eat in the dining halls, and hang out in the rec room during my down times.  Takes me back! 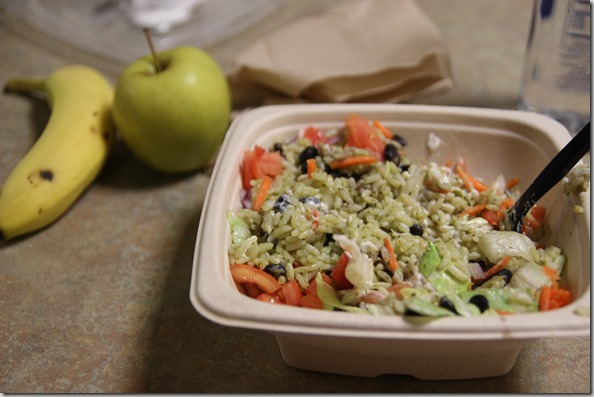 You know what has drastically improved about dorm life since 2002?  The food.  So much healthier!

Last night’s event was the big general event.  My presentation went well.  They served the students bags of popcorn to eat as I talked <— awesome idea! 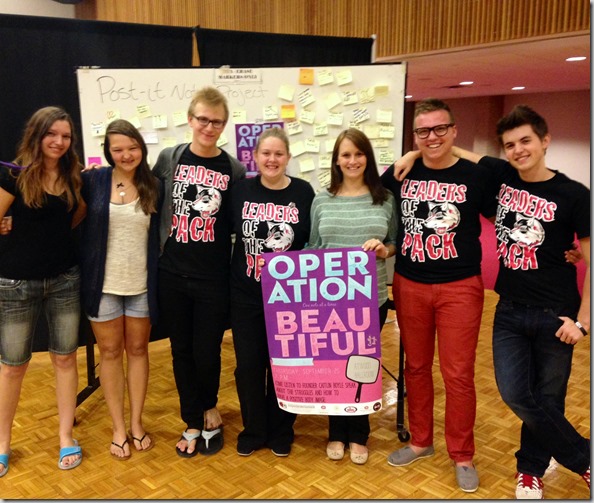 This morning, I slept late and then woke up and rolled around bed for a good hour, absolutely relishing the free time.  Eventually, I got up and got dressed for a walk. 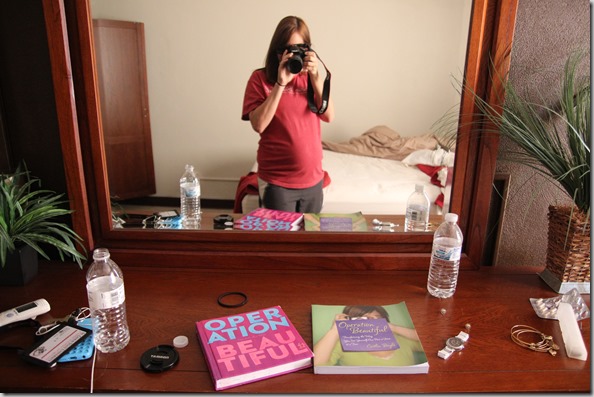 I have not exercised in about a week – no really legit excuses, I’ve just been crunched for time or too tired to make it happen.  So my 30 minute stroll felt EXTRA amazing. 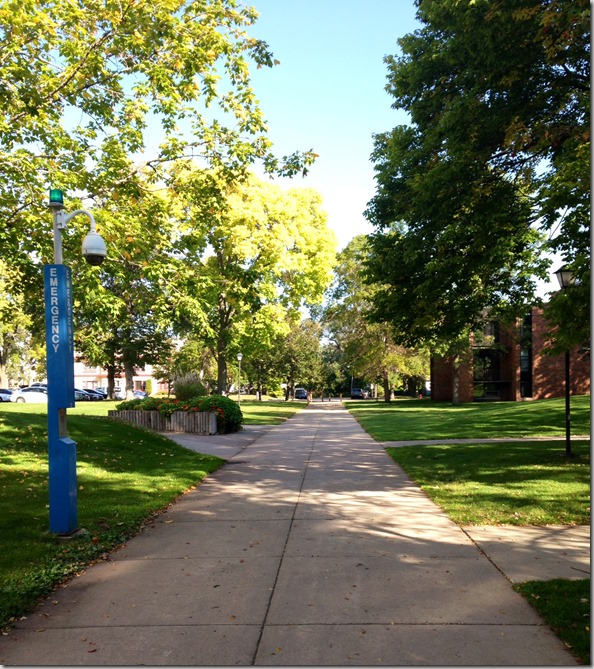 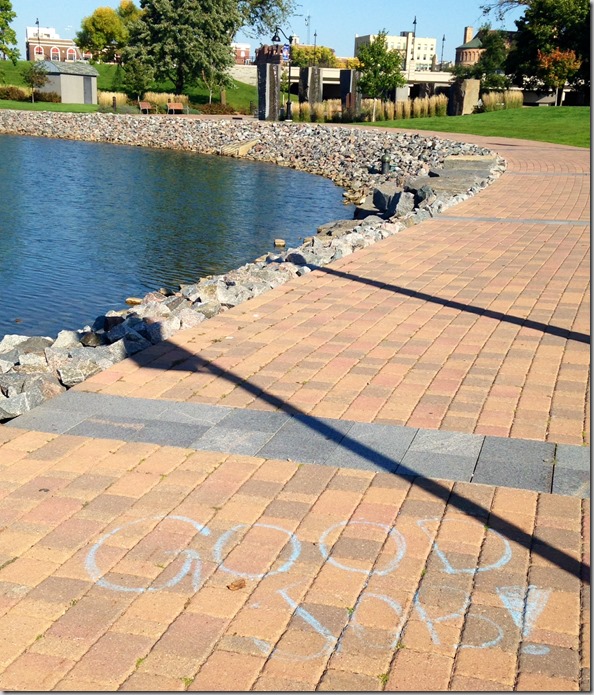 For lunch, I went to an Indian restaurant that is rated the #1 restaurant in all of St. Cloud on Trip Advisor.  They had a lunch buffet, which was delicious.  Indian food never photographs well, does it?  But dang – it’s tasty. 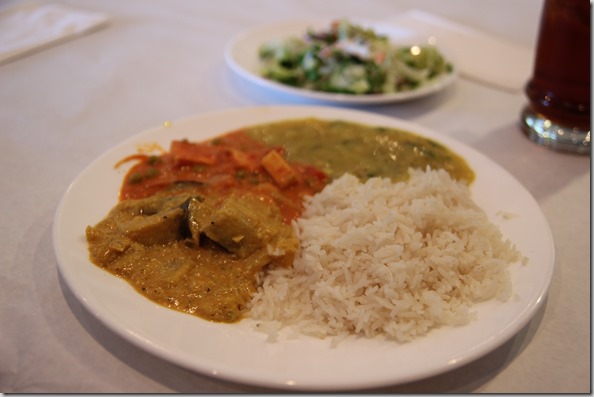 I had a fun parenting milestone after lunch – Henry called me on the phone and we had a legit phone conversation. Meaning I asked him questions and he actually responded appropriately. It lasted 5 minutes too (AKA forever in toddler land).  Kristien took him to the Day Out With Thomas event this morning (it’s basically a big festival where you can ride a real Thomas train, play with a ton of train tracks, go through a maze and jump on bouncy houses, and meet characters from the show).  Henry told me all about it from beginning to end, including the part where he met Mr. Toppen Hatt and it was really scary. 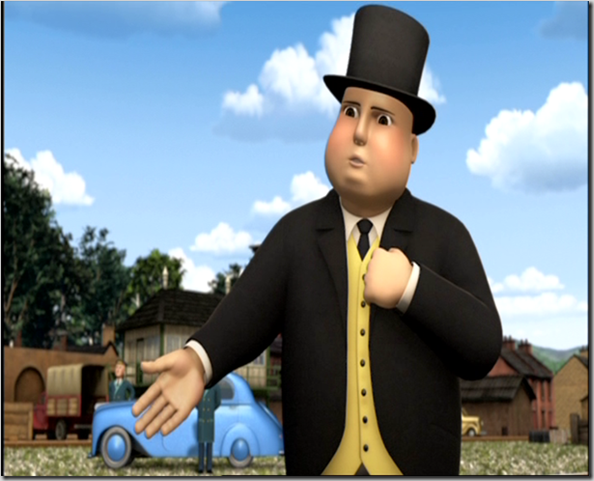 Kristien said that when he saw the man dressed up in a Mr. Toppen Hatt character suit, he started to scream NO NO NO NO and then turned on his heel and ran away – and ended up clotheslining himself on a rope and falling flat on his face!  Ahhhh.  Poor Henry!

Note to self: Disney would probably not go over well right now…

Thankfully, otherwise he loved the event.  I am so sad that I had to miss it!  But hearing about it secondhand on the phone was pretty cool, too.

This afternoon, I did a second presentation to Residential Advisors on how to implement Operation Beautiful programming on their floors.  This was a special event that I crafted just for St. Cloud – I had a lot of fun going through the hundreds upon hundreds of Operation Beautiful emails from schools who have done their own things and compiling their ideas into one big presentation.  People are so creative with what they do! 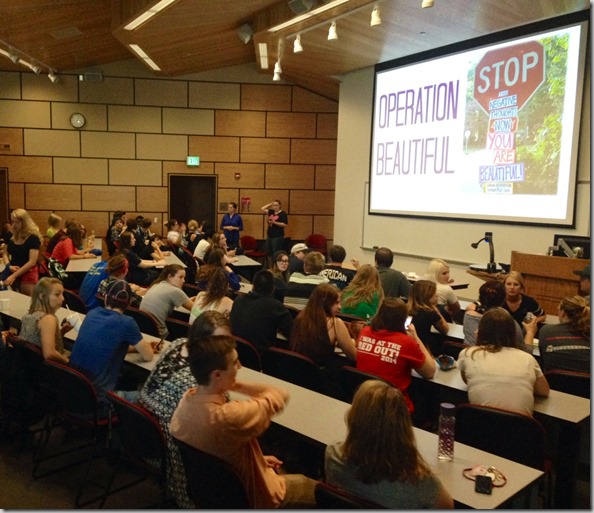 So – that was my day!  I’d say I was beat, but it’s actually been pretty relaxing.  Maybe I should go away for work more often… Hah.