Yesterday was a fun day that ended (really, really late) with an awesome concert.  Talk about a fun Tuesday! 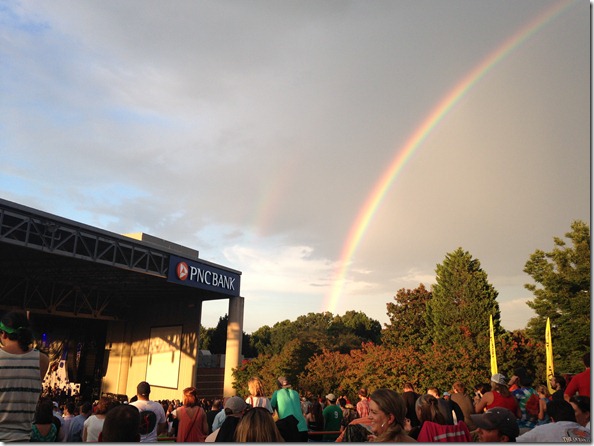 Our morning was spent running around – literally and figuratively.  Henry and I ran/walk about 2.5 miles.  Pushing the jogging stroller is NO JOKE lately.  I felt really good afterwards, though.  Don’t you love that workout sweet spot – when cardio makes you feel super awesome and strong? 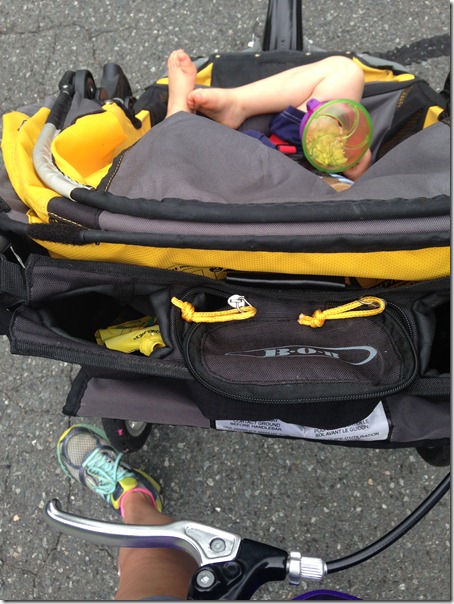 Then, my dad came over and ran a few errands with me.  We went to the library and checked out a few kiddie books about starting school.  Henry’s preschool starts in just a few weeks, so I’m trying to talk up the concept of school! 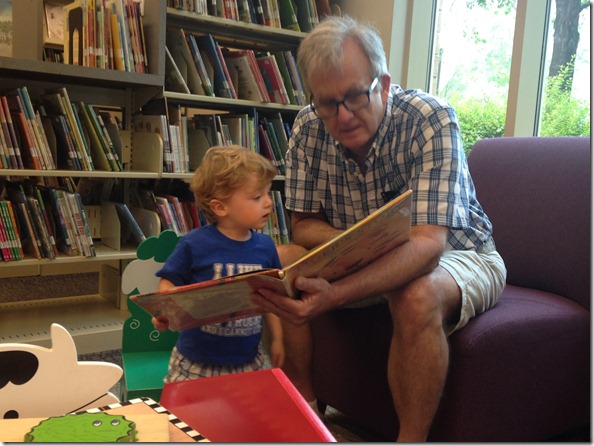 Fun fact:  Once, when I was about 8, I got stuck in the library elevator – it jammed somehow and it took them forever to free me.  I was with a friend but it was so. not. cool.

Onto the really fun {adult} part of the day – we went to the Dave Matthews Band concert with a group of friends! 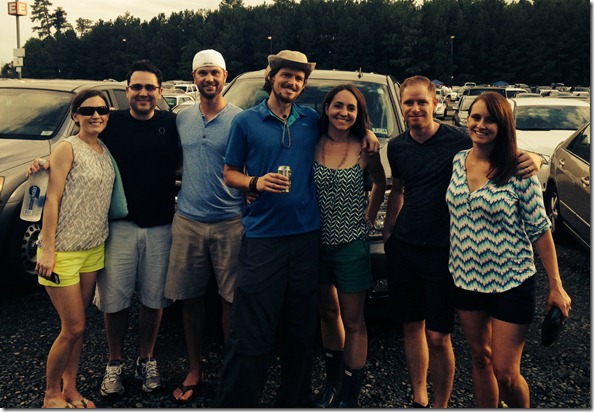 Another fun fact:  I have been to about 4 Dave shows, including one where he opened for the Rolling Stones back in 1997 or so (awesome!!!).  But the Husband has been to about 14 – FOURTEEN.  He went to a show last year; I haven’t been since I was 20.  It was cool to be back!

Obviously, we showed up when they opened the parking lots (4 PM) and tailgated for a while.  Gotta make use of our tailgate gear during the football off-season! 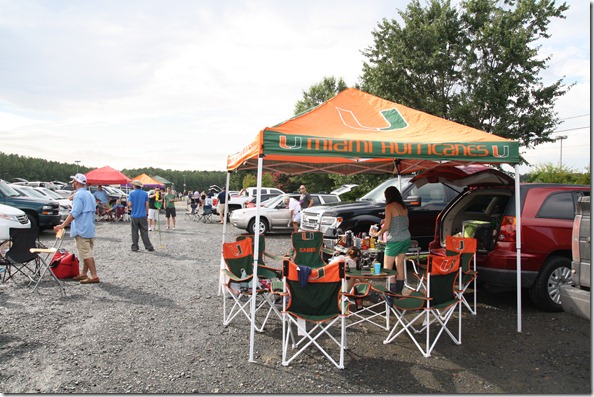 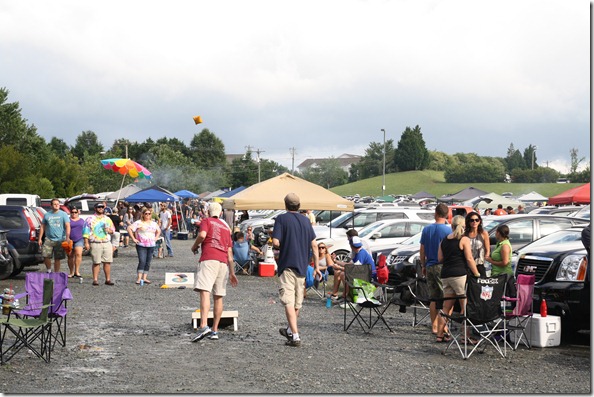 It was a really easy tailgate to prepare for because our friends split dinner duties.  We were in charge of hamburgers so I made Emily’s black bean burgers (per the usual; I can make these in my sleep now).  Heather made two yummy dips to eat with chips, and Nicole made her grandma’s famous potato salad. 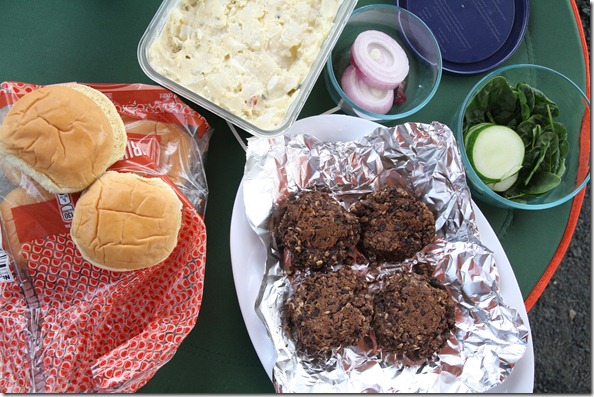 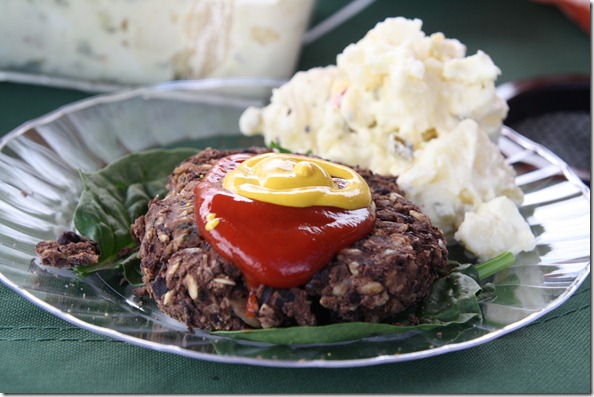 We hung out for a few hours and played tailgating games.  Here’s a new-to-me game – Frisbeer!  You try to knock ‘beer bottles’ off poles using a Frisbee.  Very fun. 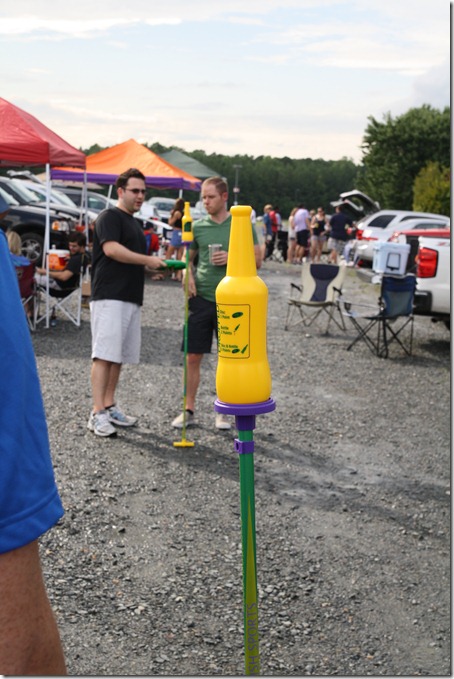 We were one of the last groups to head into the concert – we walked in around 7:20 thinking he wouldn’t start for another hour or so, but he began to play at 7:30.  I sent a silent THANK YOU up to God for a concert that actually began early.  YOU ROCK, Dave!!! <— Signs you are getting older. 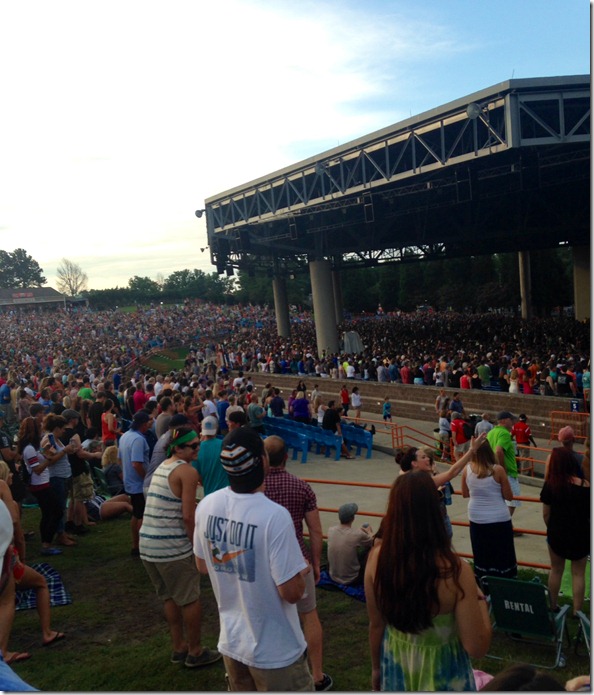 We sat on the lawn, which is always an inteeeeeresting people watching experience.  SO. MANY. DRUNKS.

He played almost all the big favorites!

In fact, here’s his complete setlist from last night – seriously, how great of a setlist is this?!

What Would You Say

The Song That Jane Likes

It was a great night, although I am truly paying for it in sleepiness today.  <3

Do you love Dave?  How many times have you seen him live?  What’s your favorite song?  Mine is So Right.  I saw him play it live once and nearly died.