Did you have a good weekend?  We had an AMAZING one. Full of relaxation and fun. Although the weather turned a bit nasty on Sunday, on Saturday, we had great weather and spent most of Henry’s waking hours in the backyard. 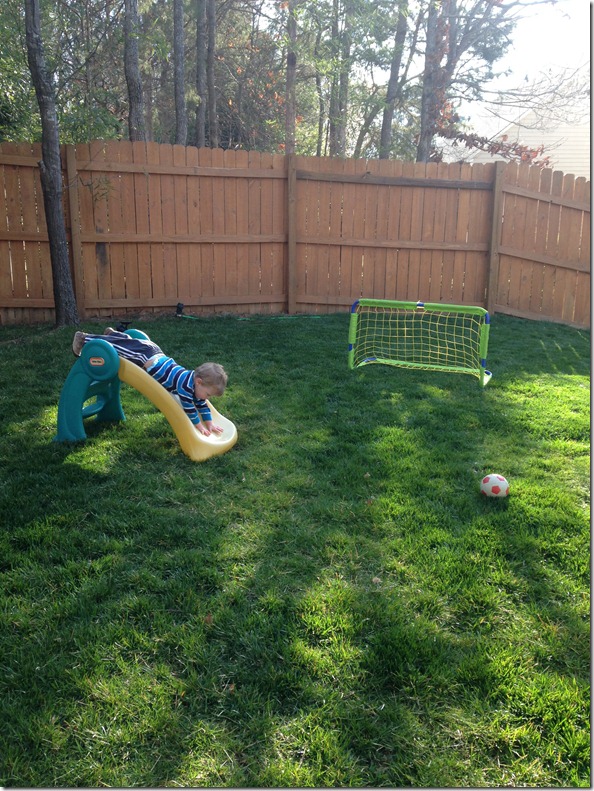 I owe you all a full post on this, but I’ve been juicing non-stop.  I’ll been drinking two greens juices as snacks each day, and I feel fabulous as a result! 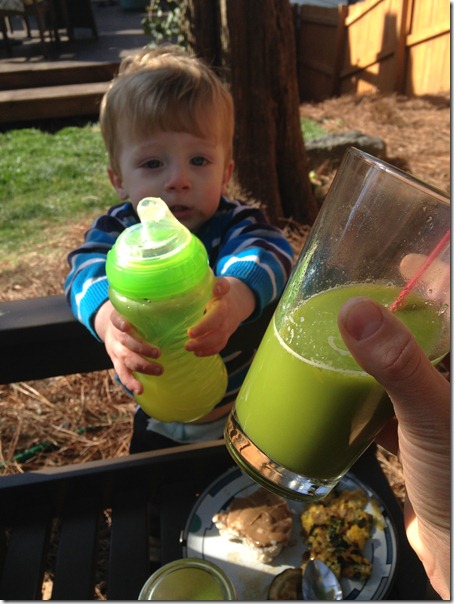 This is my favorite combination for one juice: 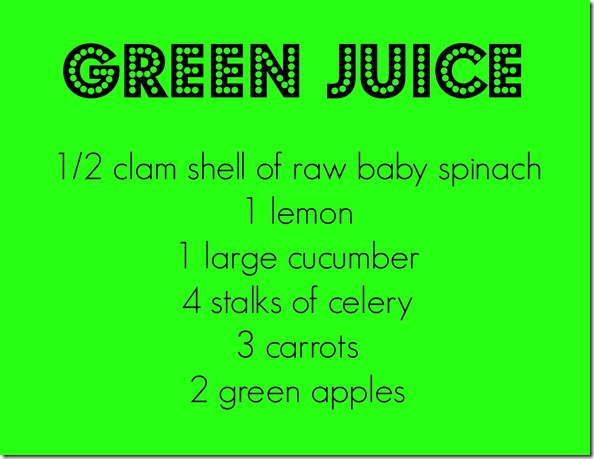 I usually make a triple batch at once.  Sure, it’s better to make juices as you drink them (because you lose nutrients when the juice is exposed to oxygen), but I think juicing is far too time consuming and messy to do it like that.

Here’s a delicious dish from the weekend! 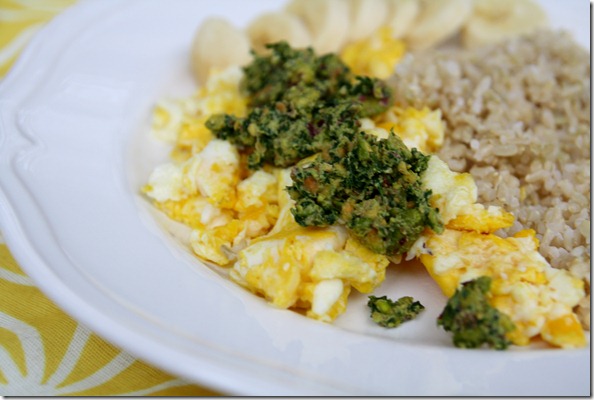 I loved the Cilantro Pistachio Pesto sweet potato dish so much and thought the pesto would be epic on eggs.  Guess what?!  It was. 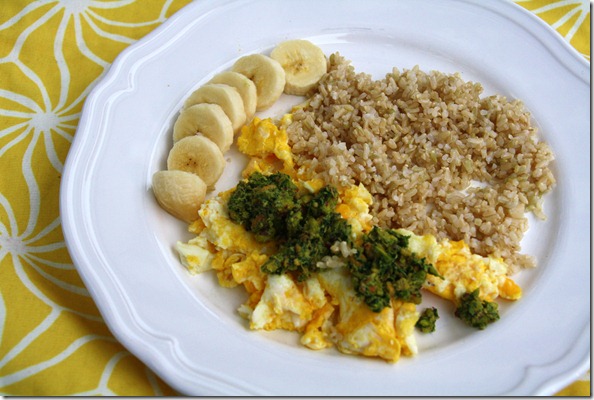 But… here’s the most exciting part of my weekend. We adopted a new cat! 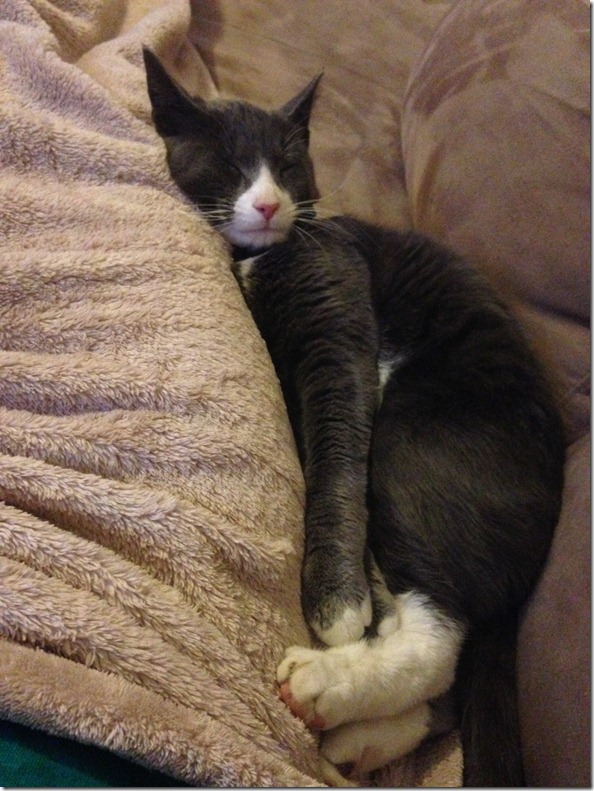 He doesn’t have a name yet.  He’s a young male cat.  He’s gray and white, just like Pippa.  I actually did not realize how much he looks like Pippa (rest in peace!) until we got him home and saw him roaming around in all of Pippa’s old spots.  But he’s a lot bigger, a lot skinnier, has much more white in his coat, and has a really long tail (Pippa was a bobtail).  It’s a little strange how much they look alike, but it’s also kind of nice – like she’s living on through him.

It took us a while to feel ready to get another cat.  We were both really gutted over losing Pippa.  We had her for such a short period of time, but she was such a good cat.  I still think of her all the time.  <3  But it’s been about five months, and we both kept thinking of all the lovely kitties who needed new homes…

We got him from the same rescue organization that we got Pippa from.  I called the woman who runs the organization on Saturday, and she said she had a cat that would be a perfect fit for us (our requirements were good with kids and dogs, not shy, and adult).  We headed over on Sunday, and the cat immediately gravitated towards us.  He’s super, super friendly!  You know how you just get a ‘vibe’ when you hold a certain animal?  Yup – we knew right away that he’d be ours.

He’s adjusting quite well.  He’s already much more comfortable than Pippa was at this stage, and he spent all of last night curled up in my lap – he really is SO friendly.  Shy and scared is not in his vocabulary.  All we know from his history is that he was found in a Walmart parking lot, and spent a few weeks at one women’s house before being transferred to the rescue group.  He was either someone’s pet who escaped/got lost or he was dumped.

He really likes Henry and rubs up against Henry’s legs, which Henry thinks is super funny.  And he’s doing fine with the dogs.  Of course, they need to sort out who will be in charge, so there’s been some hissing and swiping, but that should even out quickly.

Our new cat is still nameless, as mentioned.  Does anyone have any name suggestions?  We name all of our animals after famous British people (Maggie Thatcher, James Bond, Pippa Middleton).  We’re leaning to Wayne Rooney or David Beckham, but I’m not entirely convinced yet.