If this was right outside your window, would you go run on the treadmill? 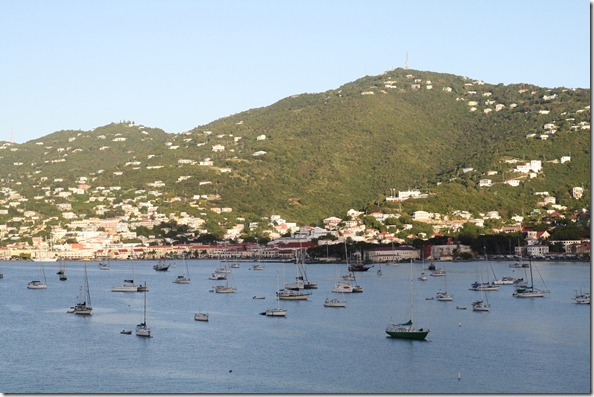 If the answer is yes, well – you are a stronger woman than I!  But for me, the answer was a sunny, Pina Colada drenched NO.  I ran once on our cruise vacation for a grand total of 2.0 miles, despite packing many workout outfits. Hey, at least I had good intentions.  But I really let half marathon training slide while on our trip.  Thanks to lots of exploring and playing, I stayed fairly active, but formal workouts were few and far between.

I jumped back on the bandwagon with a gusto when we got home.  I did a little over 5.0 miles on Sunday and 4.5 yesterday.  I was surprised at how sore I felt yesterday – like I had ran 10 miles the day before!  I felt so confused – a week off isn’t ideal, but I shouldn’t have felt so out of shape.  That’s when I realized… my foam rolling did me in.

You see, I’ve been trying really hard to foam roll regularly.  I was inspired by an article that I recently read in the USAT Triathlon magazine about how some professional triathlete spends many hours a week stretching and rolling.  With that, I decided to go from, “Oh, I’ll foam roll every now and then,” to a dedicated roller as I prepare for this half.  I’ve been great about it – rolling before and after runs regularly.  But on Sunday night, I rolled a bit TOO hard with TOO much enthusiasm.  At the time, it felt painfully good, but afterwards… it was just painful.  My muscles felt blasted!  Hence my sluggish run.

This experience came at a perfect time; I was just wrapping up research on foam rolling for a blog post.  I’ve plowed through studies and websites and interviewed a few of my personal training friends to compose this post.  I wanted to explore how to roll, when to roll, and whether you can roll too hard, which I – of course – personally discovered the answer to this week.  So, without further adieu, here are answers to five burning questions about foaming rolling. 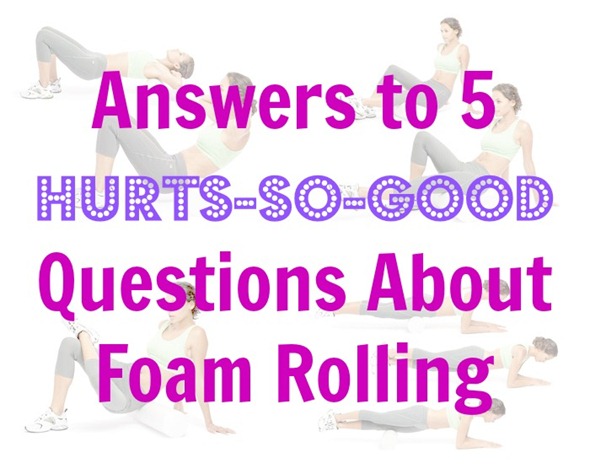 The idea behind foam rolling is that, by applying pressure to your muscles and tendons, you speed healing, reduce soreness, create elasticity and flexibility, and allow for freedom of movement. The rolling movement and pressure softens and releases tight fascia and sends blood and oxygen to your muscles.  It’s kind of like a deep tissue massage that you can do to yourself. 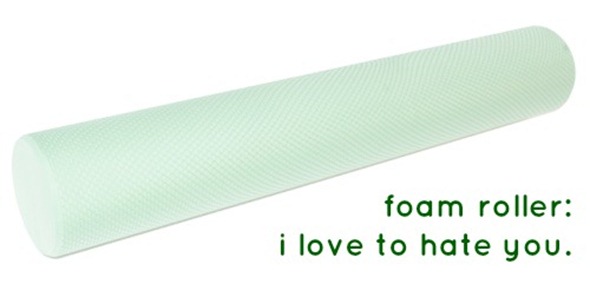 When should I foam roll?

While some of the personal trainers that I spoke with said it’s better to foam roll after workouts, several said that you should foam roll BEFORE and AFTER workouts.  Anecdotally, the Husband has been foam rolling both before and after his long runs (he did 7 miles with me the other day – a record for him!), and he has been experiencing much less soreness than he did when he only rolled after.

How should I foam roll?

Consensus on this question was clear:  You should drink water before and after rolling, roll in multiple directions, and seriously slow down your roll.  Don’t rush!

To foam roll properly, apply moderate pressure to a specific muscle or muscle group using the roller and your bodyweight. You should roll slowly, no more than one inch per second.When you find areas that are tight or painful, pause for several seconds and relax as much as possible. You should slowly start to feel the muscle releasing, and after 5-30 seconds the discomfort or pain should lessen. If an area is too painful to apply direct pressure, shift the roller and apply pressure on the surrounding area and gradually work to loosen the entire area. – Jeff Kuhland on BreakingMuscle.com.

Can I foam roll too hard?

Of course, I speak from experience when I say, “YES!”  But others agree, too.  There is too much of a good thing.  Foam rolling shouldn’t be extremely painful, and if you’re terribly sore the next day, you may have rolled too hard.  You can literally bruise your muscles by hard rolling.

It’s easy to irritate certain parts of the body, like the IT band.   Foam rolling is often prescribed as a cure for IT band syndrome, but it’s a sensitive spot to begin with, and you can quickly go from healing to hurting if you roll to hard or too often.  If you already have an injury, definitely check with a physical therapist before foam rolling it. 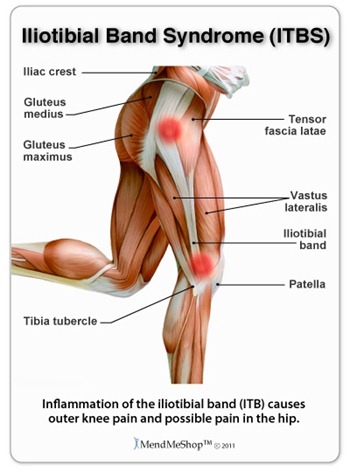 Also, every personal trainer that I spoke with or read from said that you should never, ever roll directly over bone or joints.

Do I have to buy a foam roller or are there alternatives?

I hate the act of foam rolling (balancing myself and using my body weight – ugh!) so I use The Stick.  Now, I can “roll” on the couch while I watch TV (lazy alert!).  A similar device would be the Muscletrac.  Cheaper (or free!) alternatives include PVC pipe, firm pool noodles, foam kiddie baseball bats, water bottles, and tennis balls.

Here’s a great video on how to make your own foam roller:

There is more research about the impact of foam rolling in the short-term than the long-term.  Basically, short-term studies support the idea that foam rolling increases blood flow and improves range of motion, among other athletic benefits.

One study  found that, “The results show that 30 seconds of foam rolling on each of the lower-limbs and back had no effect on performance… [however,] post-foam rolling fatigue measures were significantly less than [control] fatigue measures…. The reduced feeling of fatigue may allow participants to extend acute workout time and volume, which can lead to chronic performance enhancements.”  This study found that foam rolling had the immediate effect of reducing arterial stiffness and improving vascular endothelial function.  This result was short-lived, but researchers did say that foam rolling could be regularly used by the general population to promote healthy cardiovascular function.  This study concluded that an “acute bout” of foam rolling on the quadriceps enhances knee joint range of motion without limiting muscle performance.  This means that foam rolling was shown to promote flexibility.  This study found that static stretching may temporarily reduce your muscular power; foam rolling does not have the same effect.   (It’s important to note that most of these studies were small and very short-term.)

Do you foam roll regularly?  Which device do you use?  Do you feel that it improves athletic performance and reduces injuries or do you just like the idea of a free self-massage?