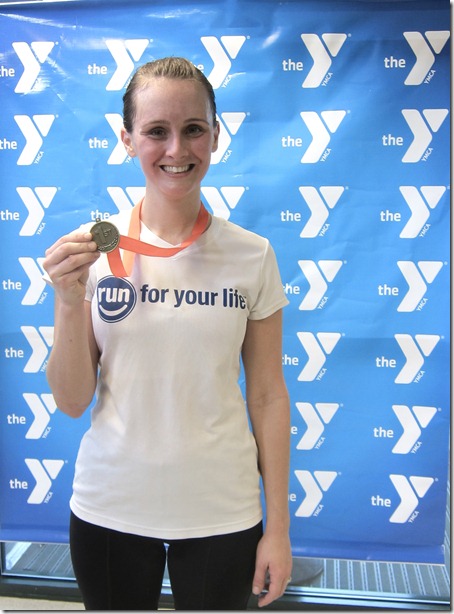 I signed up for this race three weeks ago, and I had grand plans of really stepping up my swimming to prepare. But, alas, that nagging chest injury from the Half Ironman flared up again, so I swam twice and stopped.  I crossed my fingers that I wouldn’t be sore on race day (and that I wouldn’t make my injury worse by racing!).  I woke up feeling great, so I was determined to go all out despite the lack of swim training…

I ended up signing up for the Advanced course, which was:

My friend Brandi did the race with me.  I don’t think the race would’ve been half as fun without her. 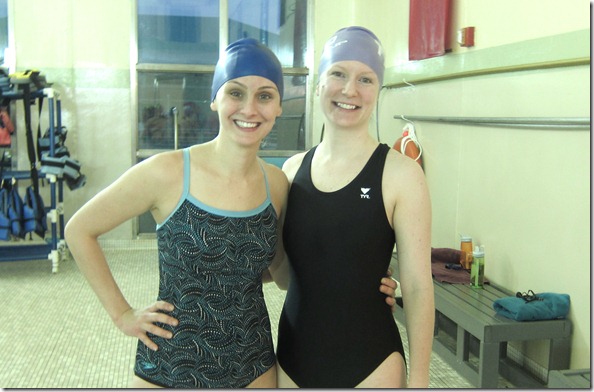 The race was small but well-organized. We waited until our wave and got into our lanes. The volunteer told me that she’d count my laps for me _ WAHOO. I can never remember what lap I’m on. 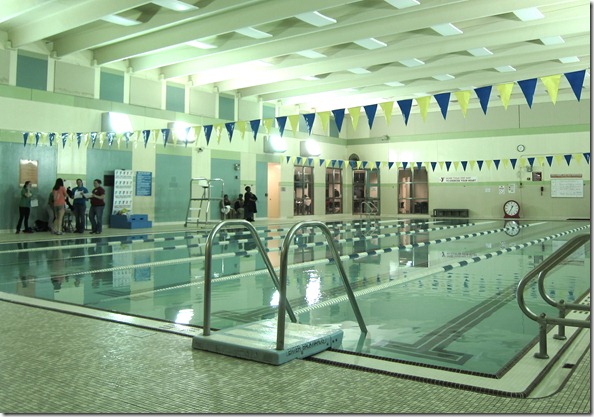 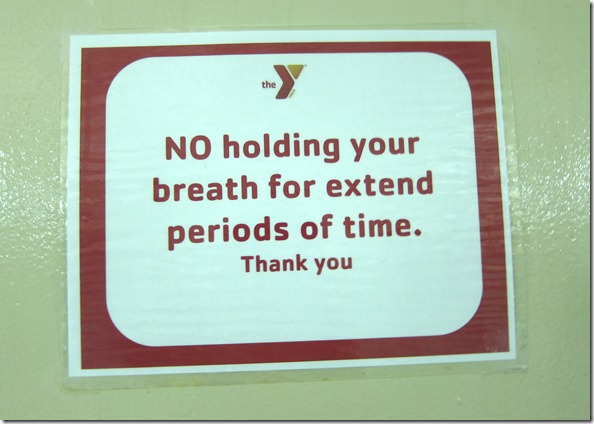 600 yards went by pretty quickly.  I could definitely tell I wasn’t in great shape but it wasn’t too terrible. It’s nice when cardiovascular fitness crosses sports!  I finished in 12:07.

The best thing about this race was transitions weren’t timed!  How sweet is that?  Brandi and I took our time changing and refueling. 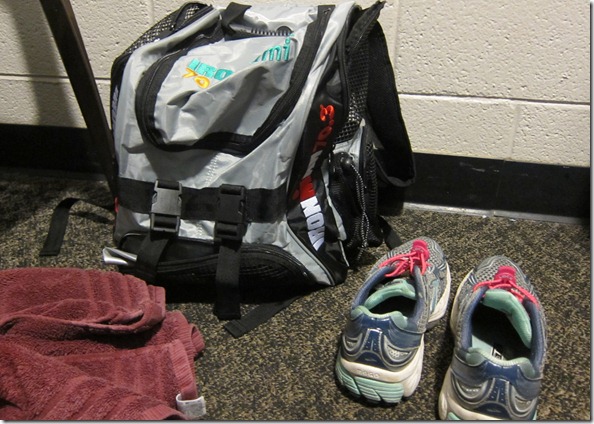 And then it was time to bike.

The rules said the bike had to be set on 8 resistance (or higher, if you wanted).  That’s pretty low – my legs were spinning like crazy. I didn’t want to up the resistance too much because I wanted to go as fast as possible. 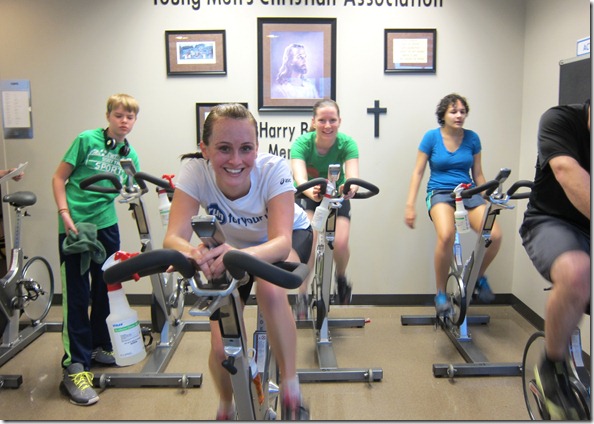 I stretched out after the bike and then Brandi and I walked over to the treadmills. 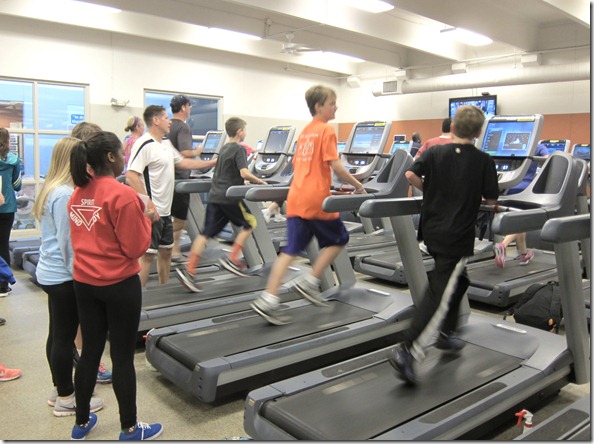 (There was also a family division – so cute!)

The run was actually the hardest part.  My legs were tired but not TOO tired – the problem was that it’s difficult to pace for the fastest race on the treadmill.  I kept wanting to inch the speed faster, but then I’d pull back.  The entire three miles was a balance between too fast and not fast enough.  But I finished in 28:12.

Not too shabby, right?  I had a lot of fun.  I’ve really been focusing on running lately, but this race reminded me how much I love triathlons, especially shorter ones.  I have my fingers crossed that my injury is fully healed – it doesn’t hurt so far… – but I guess time will tell.  There’s another indoor triathlon at another YMCA in February – I’d love to be able to participate!  These indoor tris will get me through this yucky winter and have me better prepared for spring tri season.

Next post: The New Pact App {Plus a CamelBak Giveaway!}