An entire festival devoted to my favorite four-legged creatures! 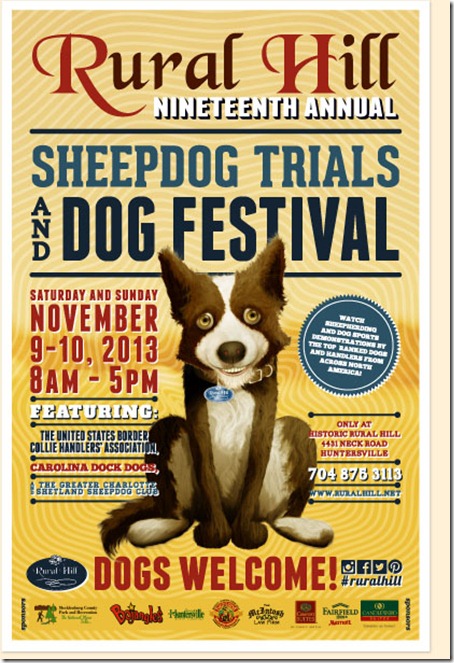 I think Kristien and I both had our doubts about the dog festival, but once we arrived, we immediately realized this was the PERFECT Sunday activity for a toddler who adores animals. And for adults who are easily amused. 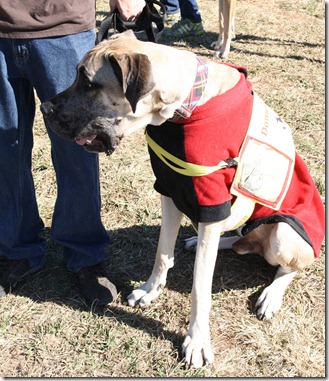 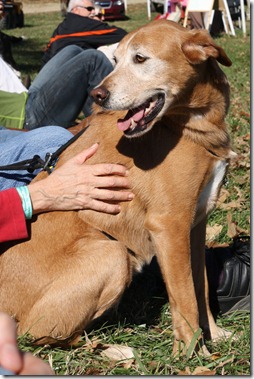 Side note: When Henry saw that Great Dane, he screamed, “HORSEY!”  Major LOLs. 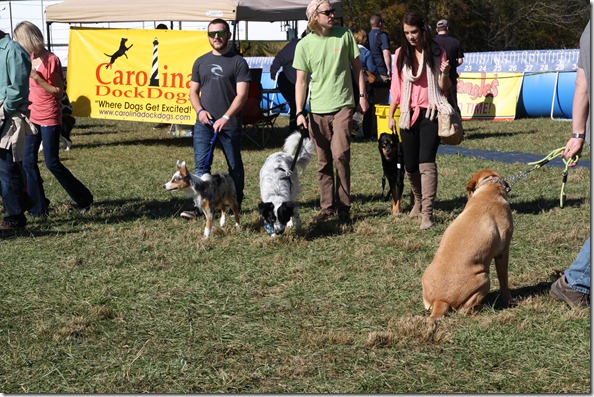 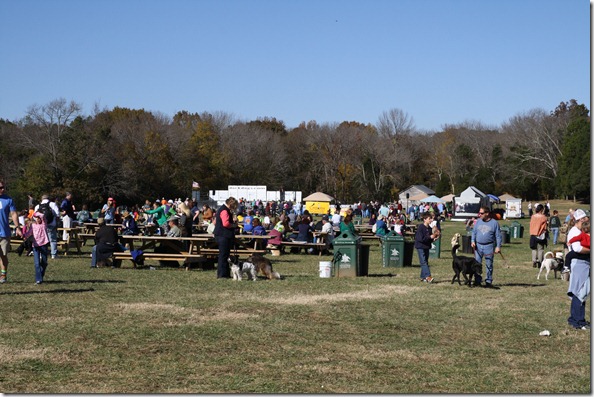 The main attraction of the Dog Festival was the sheepdog trials.  Don’t have a clue what sheepdog trials are?  We didn’t, either.  The website summed it up nicely: “Sheepdog Trials involve three things, a handler, a dog (in our case, champion border collies) and a group of sheep. The ultimate goal of a trial is for the handler to use his dog to herd the sheep through a series of gates and into a pen, using only voice and whistle commands to communicate. Points are awarded based on how well the dog and their handler complete several separate phases of competition. The team with the most points wins!”

It was impressive.  The dogs easily herded the sheep and separated them into two groups when asked. 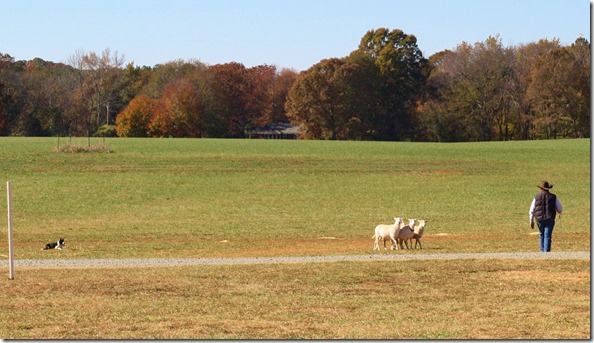 Fun fact – Intelligent border collies can recognize as many words as the average 2.5 year old child. 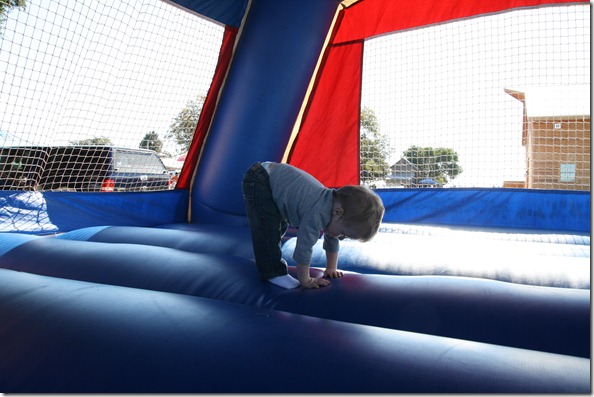 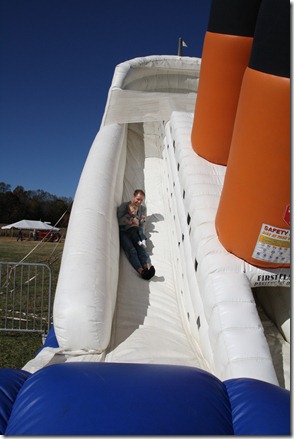 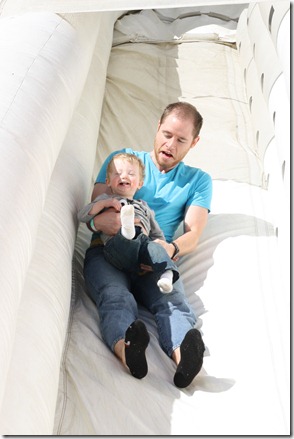 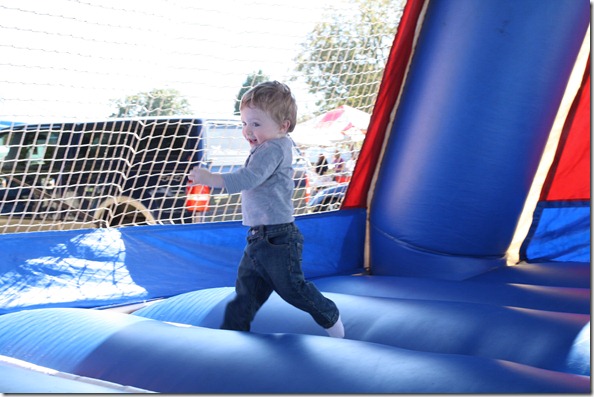 There was a moment when I started to panic, wondering if we would ever be able to lure Henry from the bounce houses without a major meltdown (transitions are rough these days).  But then…

We spotted the dock dogs.  And the bounce houses were quickly forgotten.  Because, seriously, what is more amazing than watching dogs launch themselves into a pool over and over and over again? 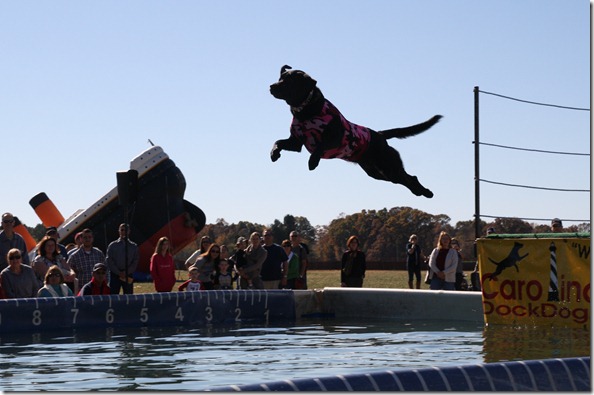 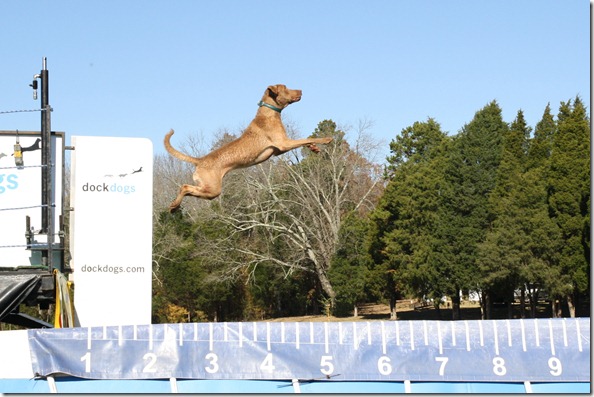 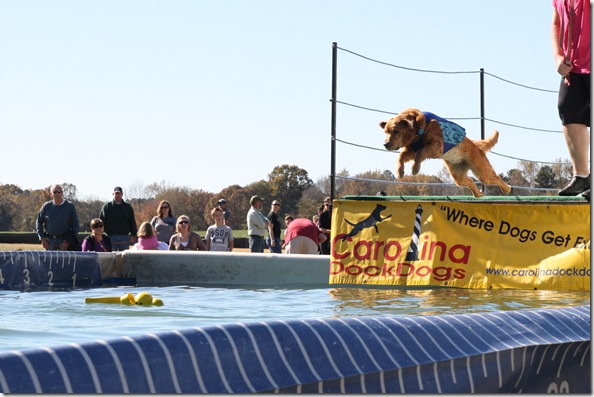 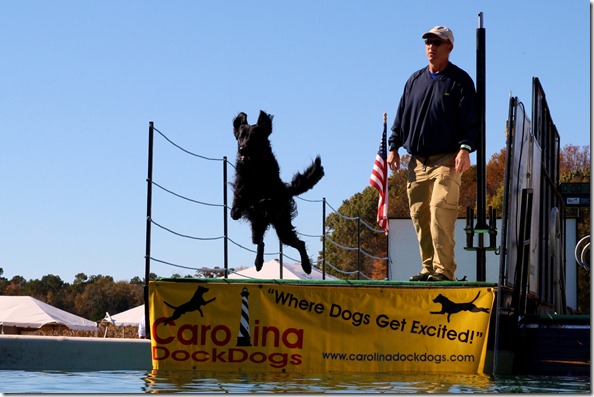 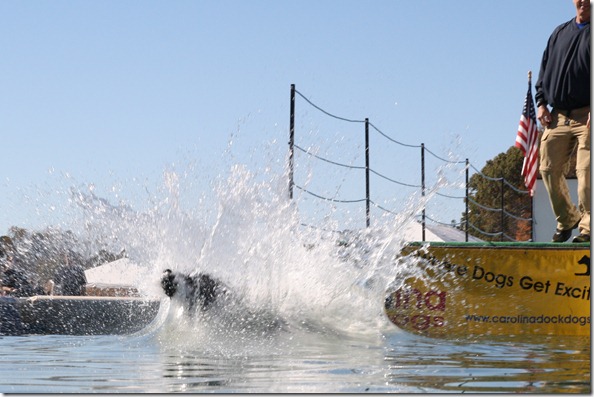 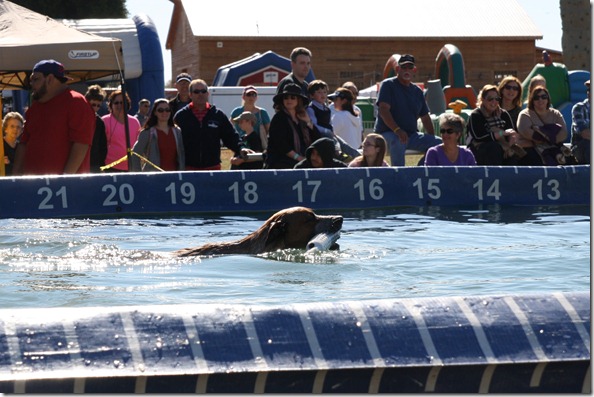 Some had trouble getting off the dock at all… 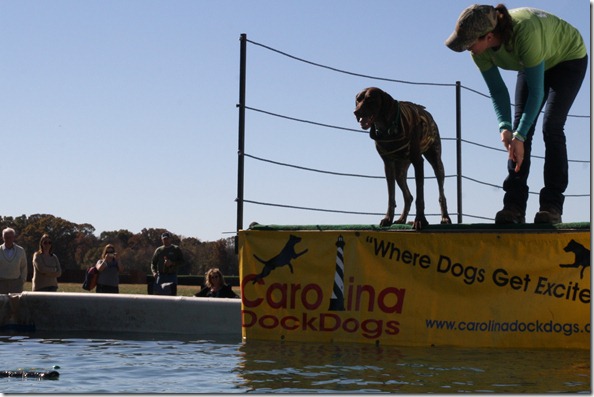 But all were fun to watch. 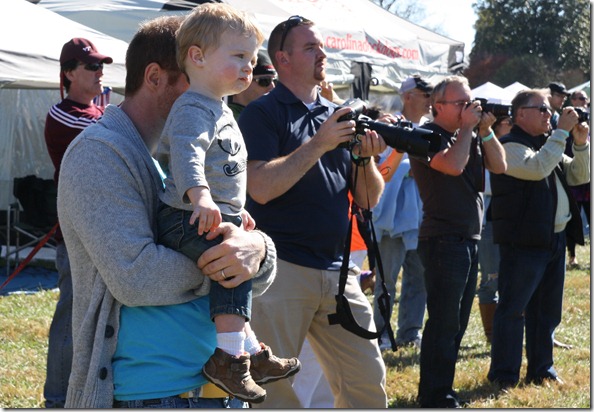 All we could think was:  If James was up on that dock, he would smash himself into a corner and refuse to go near the edge (he hates water). And if someone actually convinced Maggie to jump off (maybe luring her over the edge with cheese?), she would fall approximately six inches forward before foundering in the water, turning butt-up like the Titanic, and sinking to the bottom.

The Dog Festival also included an agility show, a corn maze, a pumpkin throwing contest, and lots and lots of food and crafts.

We wandered over to the farm for a hayride… I really wanted to go on a hayride, since I haven’t been on one since I was probably 10 or 11 and in summer camp. 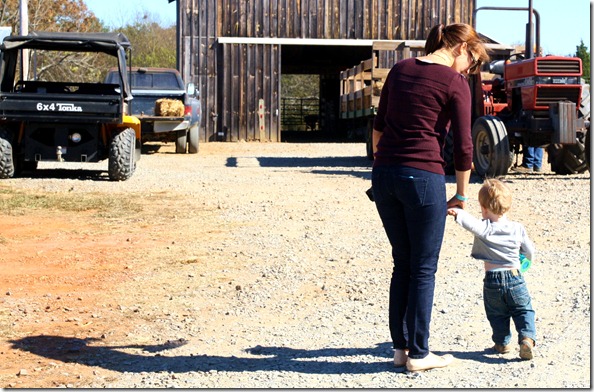 The tractor was broken. :-/

However, the owner of the farm did let us go into the barn to meet a REAL horse (Henry was impressed) and some cattle. 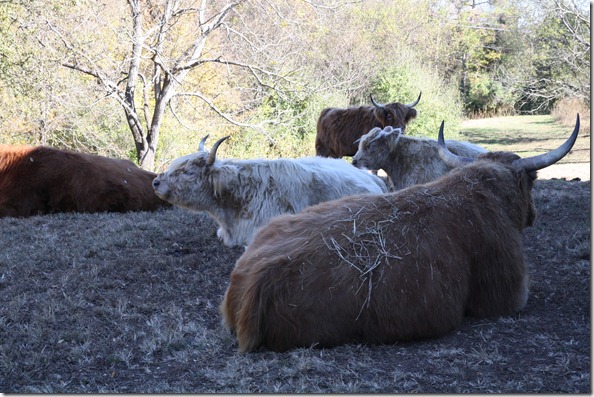 That steer only got up when the owner of the farm used an axe to crack open a pumpkin.  Yum. 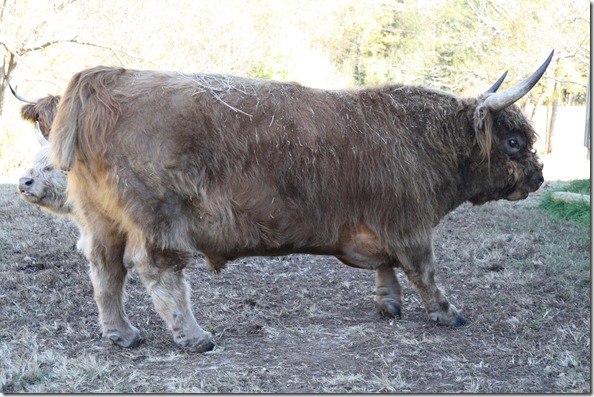 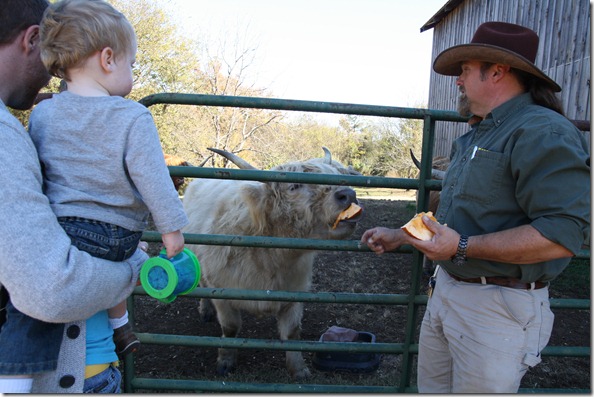 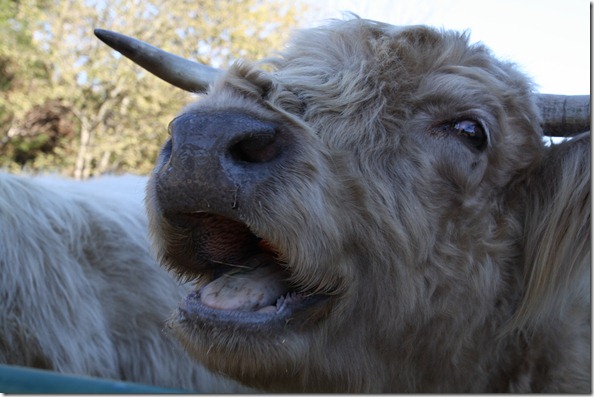 Such a fun morning!  It was a nice change of pace for these city folks to venture outside the city… Next year, we’re definitely bringing our dogs, too.  Until then, maybe we’ll practice dock diving in our bathtub.