You should see my desk.  It looks like 2012 Income Taxes partied all night long and then vomited across my keyboard.  I hate tax season.  I hate it with every bone in my body. 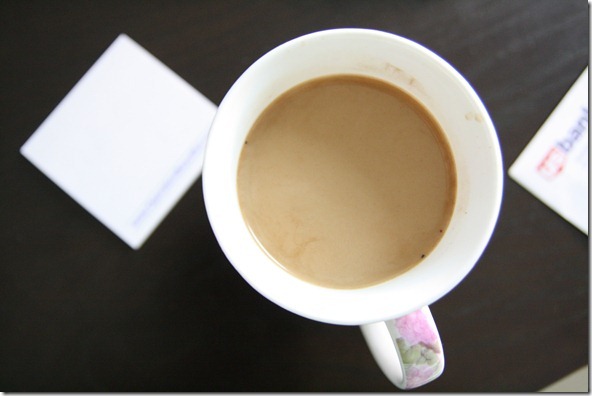 Adding to my desk mess is the fact that I finally picked up a freelance writing job.  I used to do a lot more freelance work but have only dabbled in it since Henry’s birth.  This is my first regular new gig – it’s hard to balance adding a new project, but I think it’s going well so far.

My next planned race is in June.  That’s a far way off.  I feel a little untethered without an immediate goal; it’s been kind of hard to motivate myself to exercise lately.  I have reinstituted the Blank Training Plan concept, which is helping a bit.  I’m aiming to run twice a week, swim twice a week, and cycle once a week in preparation of triathlon season. Five workouts a week feels really ambitious, but maybe I  need to give myself something to shoot for.  Know what I mean?

Henry has figured out that he can feed Maggie, which he finds absolutely hysterical.  He likes to share his crackers with her, so I’ve been trying to separate them at meal times.  But he’ll crawl over to the baby gate and pass her pieces through the slates.  Maggie is a pig and gobbles it up, reaffirming Henry’s place in her heart.  It’s so cute that I can’t bear to stop it completely.  They are best buddies.

Speaking of the wee one, the Husband and Henry are out shopping together, so I am all alone at the house.  It’s so quiet!  And it sure is nice to focus on e-mails and taxes and writing without all the usual distractions.

I’m currently jamming to this song on repeat.

Here’s something interesting to consider:  This Dove commercial, which features a blind woman talking about how coloring her hair makes her feel.  Thoughts?  I thought that blogger’s take on the commercial was spot on (which is a shame because I usually like Dove’s efforts).

Hey!  It’s almost Valentine’s Day. I’m pretty pumped because we’ve lined up a babysitter, and I have a great gift to give Kristien.  We don’t usually do ‘big gifts’ for Valentine’s Day but I know something he would really like, so I went ahead and splurged on it.  I’m so excited to give it to him – isn’t that a fun feeling? I wish it was Valentine’s Day tomorrow so he could unwrap it already.

That’s all.  I’m going to tackle my desk now.