I had plans to run Charlotte’s famous Thunder Road race this morning, but I woke up to the sounds of a sick baby on the monitor.  Instead of pulling on my sneakers, I headed upstairs to give Henry lots of cuddles and kisses – this is his first cold.  Poor buddy.  He seemed sleep deprived – damn stuffy nose! – so we took a long three hour nap together, and now he seems like he’s doing a lot better.

I’ve said this three years in a row now, but Thunder Road will have to wait until next year – I always miss the race for some reason.  I was planning on doing the 5K this morning, but maybe I’ll do the Half Marathon next year to more than triply make up for this morning. 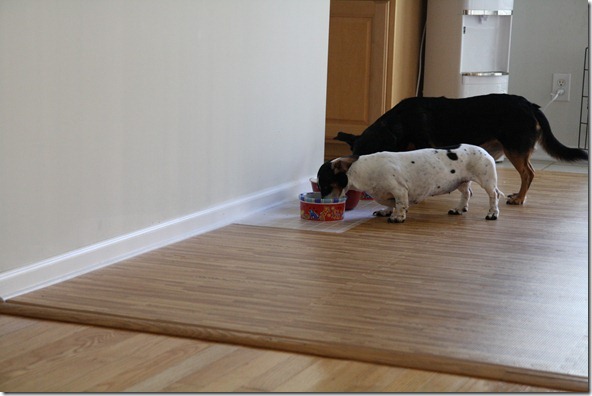 Breakfast for everyone!  I just realized that my last three posts feature eggs… what can I say?  I really, really like eggs.  And our fridge is kind of empty. 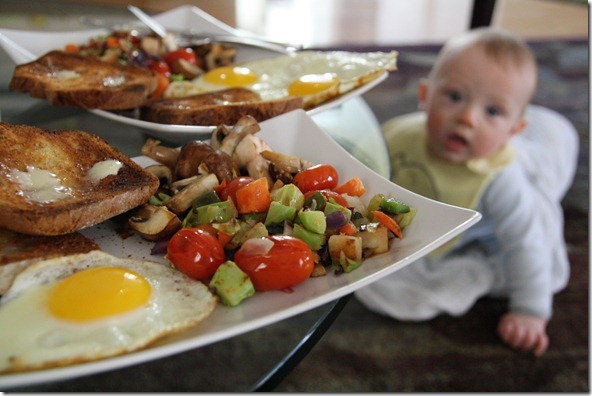 And loads and loads of Christmas blend coffee from Trader Joe’s (SO GOOD). 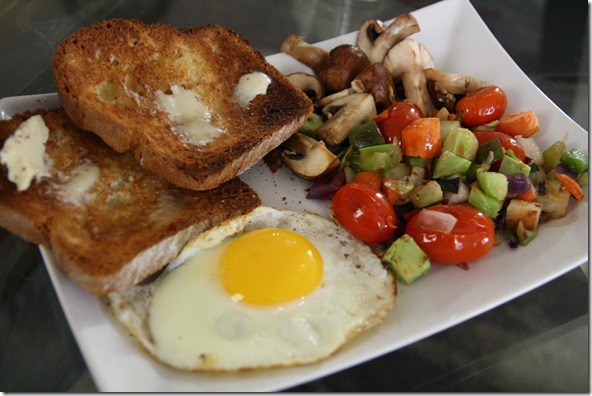 Now that Henry is feeling better, I think I’ll go for a long run.  Gotta get in the mileage somehow, someway!