I declare this weekend “Run a New Trail” weekend. 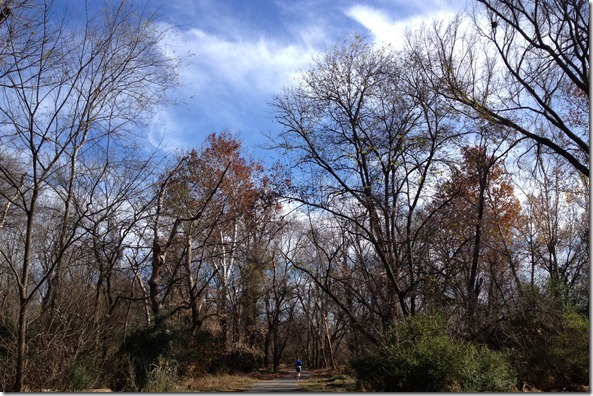 I am definitely a runner of habit.  I love to do the same course, over and over again, and it takes me about two months longer to get bored than most.  I actually LIKE knowing what’s next.  But I think I’ve reached my personal limit with my current loop.

So, I rounded up the family (Henry seemed perfectly fine after his little sniffles episodes) and we headed to a nearby greenway.  The Husband and Henry strolled while I tackled my long run – 6.0 miles. 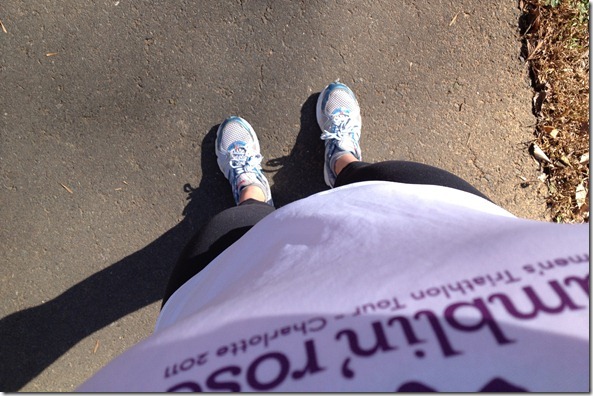 Oh, and it’s official – my sneakers are shot.  I really need new ones.

My goal for this run was to go fast.  I think {relative} speed is as much emotional and mental as it is physical, so I’ve been trying to believe that I can hang tough and go a little faster than I normally would.  I ran the first half in about 31 minutes and the second half in 27 – AKA BOOOOYAH.  It was really, really hard – I was huffing and puffing by the end – but I did it!  And I have to say that I think the change of scenery was good for me.  There was so much to look at – people, dogs, kids, bikers, landscape – and it totally distracted me from the pain.

After I was done, I declared that I needed Mexican food and a margarita, so that’s what we did. 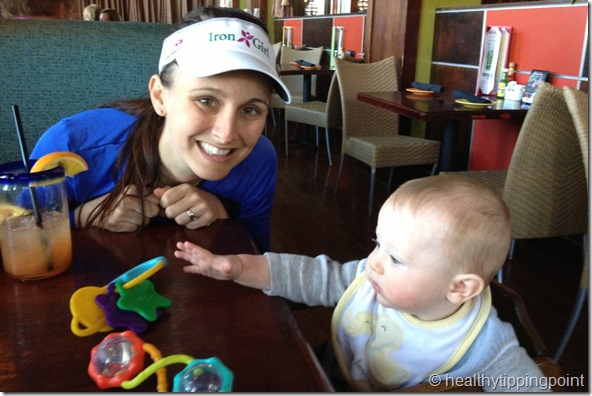 First high chair experience. <3  Sitting up like such a big boy.  It’s cool that he’s hitting all these motor skill milestones so fast, but it also makes me kind of sad.  SLOW DOWN, Henry.  SLOW DOWN!  Be a little baby lump for a little loooooonger. 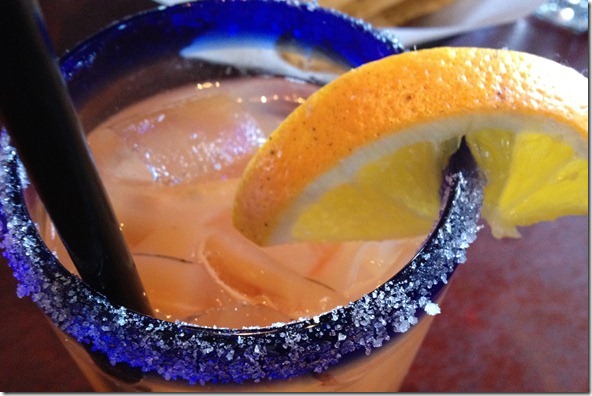 And corn tortillas with refried beans and veggies.   Double yum. 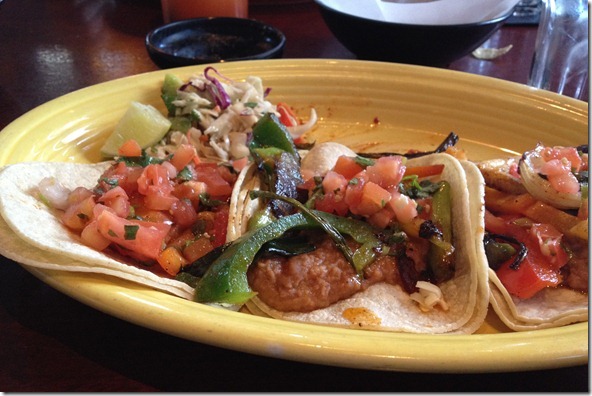 Time for a baby shower…. i.e. the party kind, not the bathtub time.

How was your workout today?