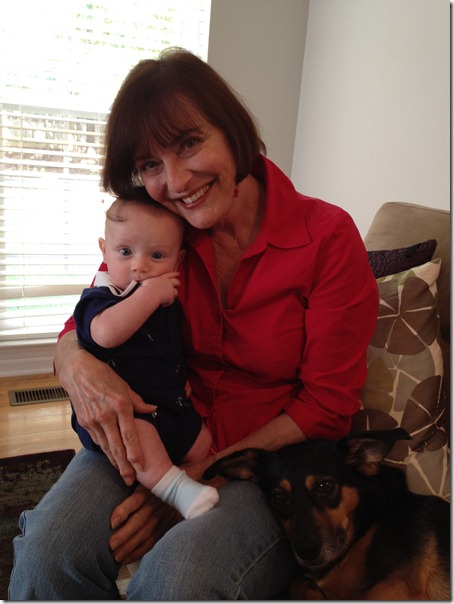 My mom is in town for the weekend.  Hooray!  I am so excited.  She hasn’t seen Henry in weeks and, of course, he grows SO quickly that he now looks and acts like a new little bebe.  They are having lots of fun getting reacquainted.  And I’m having fun just having my mom around.  Yesterday, went thrift shopping (of course) and bought H some pants and a new toy.  I made her a mushroom and kale version of Quiche Cornbread for dinner, and then we all crashed relatively early.

Good thing, too, because little man and I were up and at them this morning!  It’s so funny – now that he’s on a sleep schedule, he wakes up at the exact. same. time. every morning, give or take just five minutes.  It’s like he has a tiny alarm clock in his chest.  The magic number?  6:15.  At  least he’s SUPER funny and engaged at 6:15…. let’s me know he had a nice sleep. 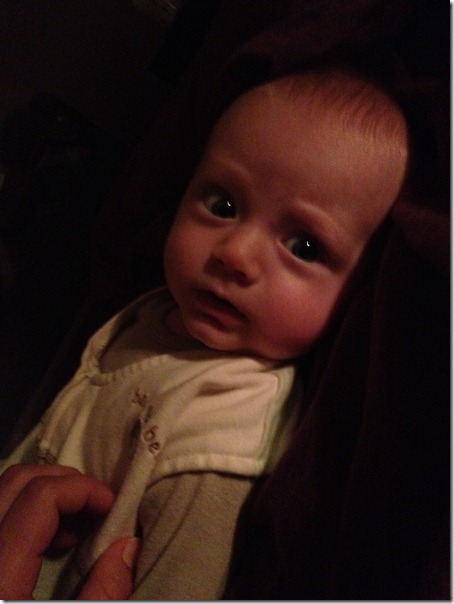 We commenced our usual morning routine… Diaper change, bottle, play time, and a little National Public Radio.  The NPR app is so great.  I grew up listening to NPR (the dum-dum-dum-dum-dum-dum-dum—dum-DUM! theme song is burned into my brain… anyone else know what I’m talking about?) and hope Henry doesn’t mind listening to it, too. 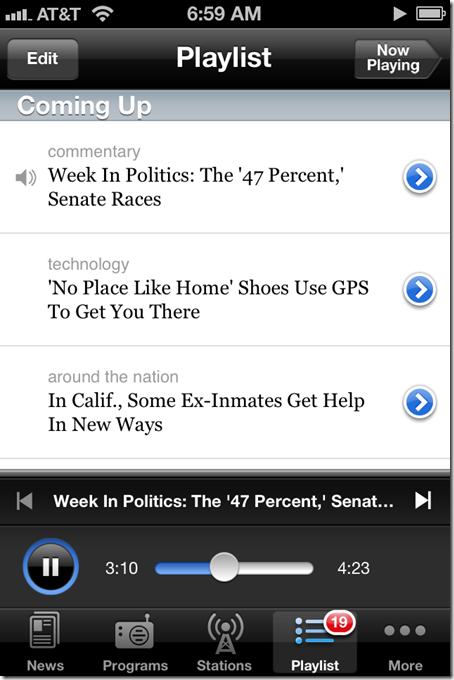 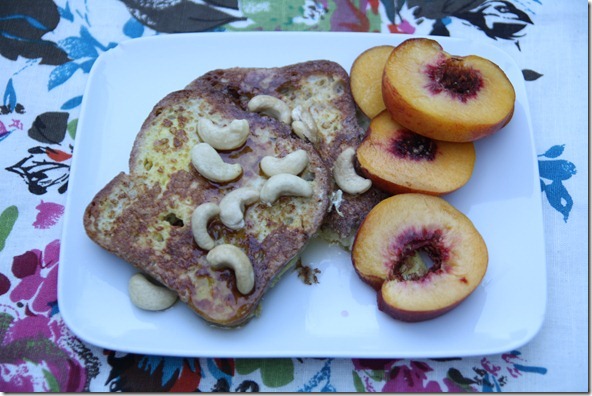 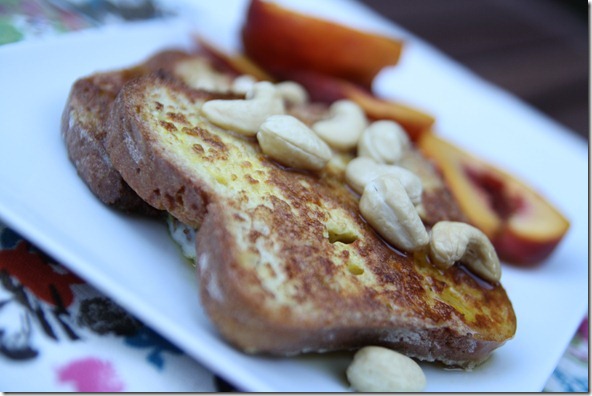 And then, like the grandmama angel that she is, MomHTP came downstairs and babysat Henry so I could go back to sleep.  If this isn’t all the makings of a wonderful Saturday, I don’t know what is.