Recently, my brother-in-law Nick moved in with us.  If you’ve been reading for a long time (thank you!), you may remember Nick from our days in Orlando.  He decided to be closer to family and headed up to Charlotte, and he’s staying with us for a few months.  I think, generally speaking, having in-laws live with you is a recipe for disaster, but it’s been great.  Not only is Nick awesome, but Henry loves him.  And Nick enables my coffee addiction, which is obviously a good thing.  If I had a dollar for every time he called out, “Heyyyy – does anyone want a cup of coffee?”  Um.  Me!

We were both up and in the kitchen this morning, sipping on our coffee cups, when I suggested making coffee oats.  I think I blew his mind. 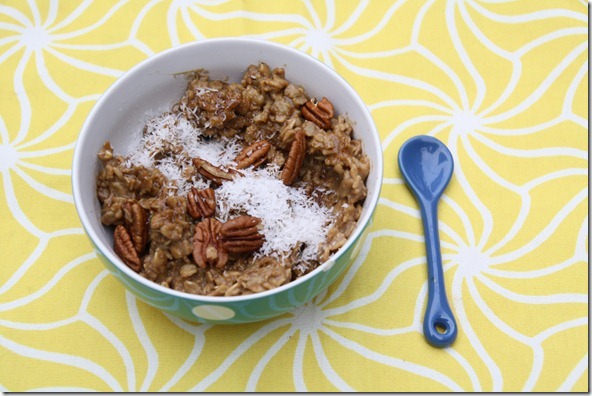 Yes. Coffee oats.  With a cup of coffee on the side – that’s double time coffee.

The secret? A tablespoon of instant coffee. 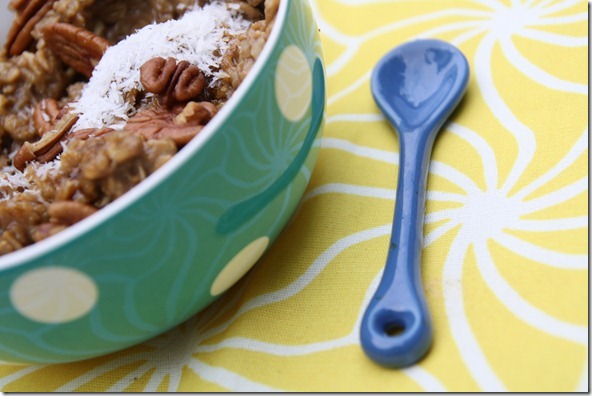 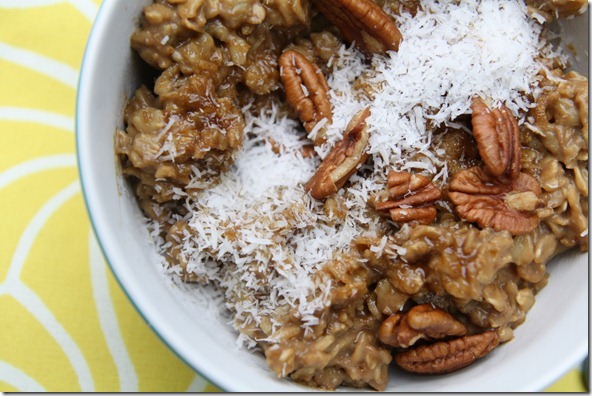 In other news, we had an cool baby development take place yesterday.  So, when babies are born, they don’t really care to touch much.  Babies literally don’t understand that the flailing things in front of their face are their own hands – they actually smack themselves in the face at night and wake themselves up (which one reason why a lot of parents swaddle babies to sleep).

Then, over time, babies begin to touch their face and clasp their hands together.  Hand sucking comes next.  They also reach out and begin to touch their food source (breasts or bottle).  And then – one day! – they start to hold onto toys if you put it on their chest.  But reaching out to grab a toy?  That takes a while.

Yesterday, Henry was in his jumper while the Husband and I were caulking some crown molding we put up, and I looked over to see… 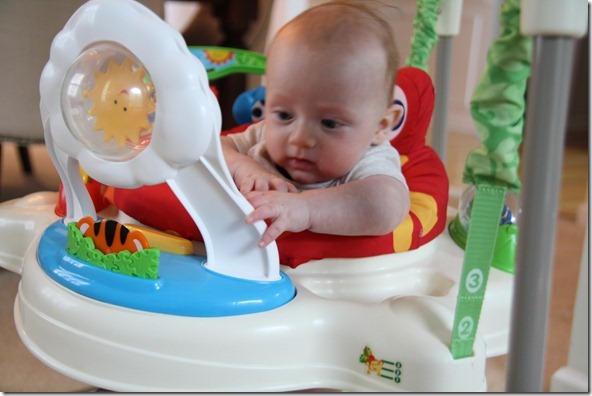 Henry has officially figured out how to reach out and grasp toys.  Cue the waterworks.  So proud!