At Girls on the Run, we played an ice breaker game that is similar to Bingo – but you search for teammates with certain characteristics.  One of the squares is for an only child.  Season after season, I had to scribble my name in the box for one of the teams because out of 15 girls, only one was also an only child. 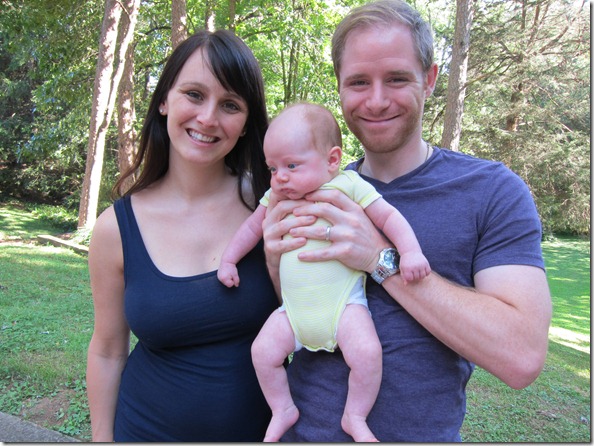 I am an only child by fact of life, not necessarily by my parents’ choice.  My parents’ marriage was my mother’s second; she gave birth to me when she was 39.  I know that my father in particular would’ve loved to have more kids, but it just didn’t work out.  So I remained an only child.  Currently, there are 14 million only children in the United States, representing about 20% of all kids (source).   The average American family has 2.1 children; the average European family has 1.4 (source).  But our country is moving closer and closer to more only children than ever before; in 2003, only child families slightly outnumbered two child families – but 80% of families still have more than one child (source).

Some only children are sibling-less for reproductive reasons; other motivations are more practical.  Obviously, it’s much easier on a family’s finances to only have one child.  And other parts of life are easier, too – traveling, for example.

Perhaps you’ve heard theories about how birth order influences certain traits.  Frank Sulloway argues that only children (as well as firstborns) are dominant, more conscientious, and less flexible that other children.  A little fact:  almost all American Presidents were either first-borns or first-born sons (source).  One study found that only children perform academically at the same level as first-borns but are less socially adjusted (source).  Some psychologists observe a phenomenon known as Middle Child Syndrome, which is when middle kids feel ignored or slighted.  Stereotypically, the last child is usually coddled and treated like the ‘baby’ no matter what his or her age.  However, some researchers have challenged the view that birth order influences personality, finding a weak relationship between order and personality type (source).

I feel that my personality was greatly influenced by my status as an only child.  Yeah – I’m somewhat dominant, very conscientious, and a tad inflexible. I was my parents’ primary focus and was pushed (in a healthy way) to succeed.  I had all their emotional resources at my metaphorical fingertips.  I wouldn’t say I was spoiled in a bratty way, but I definitely got most of the material things that I wanted because I didn’t have to share.  In many ways, being an only child was – and continues to be – quite nice.  I get all of the attention, time, and energy that my mom and dad have to devote to parenting.

But being an only child is a little sad, too.  The Husband has a sister and three stepbrothers, and I’m slightly jealous of their bond (it was nice to marry into a family with so many siblings-in-law, though).  I was sometimes lonely as a kid, especially after my parents divorced.  As an adult, there is a bit of pressure to be a ‘golden child.’  I worry about what will happen to my parents as they age; there are no siblings to count on for emotional or financial support.

So – I guess that begs the question… Will Henry be an only child? 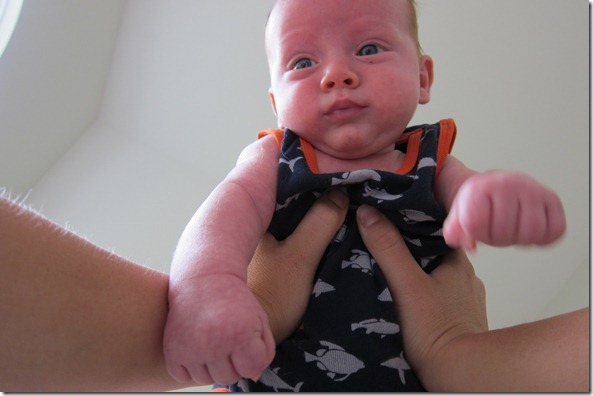 We really waver on this issue.  Practically speaking, I think it would be very wise to stop at one.  Henry has already cost us a ton of money due to subpar health insurance (the joys of being self-employed); we certainly couldn’t afford to have another child in the next year or two.  I also love being able to focus all my time and energy on one child.  I know another baby won’t get the same level of fuss because of logistical reasons.

Emotionally, I want to have another child… or even two.  I’d love to have a baby girl, and I’d love to watch Henry interact with a sibling.  I imagine big Christmases with many children running down the stairs or looking into the review mirror and seeing three kiddos in the backseat.  And this might be very morbid, but I’ve always been a little nervous about ‘putting my eggs in one basket’ – what if something happens to Henry and we end up childless?  All of this is assuming, of course, that we could even conceive again – I hate to count the metaphorical chickens before they hatch.

If we do have another child, it won’t be for a while.  I always thought that it would be nice if Henry was three years old before the next one comes along.  So I guess we have time to decide.  And until then, I’m going to enjoy my only child as much as I can.

How did your birth order influence you?  Are you planning to have an only child?