The Problem with Bricks

I thought it would be wise to end the week with a brick workout.  What is a brick, you may ask?  Well, a brick refers to one workout that encompasses two sports of the triathlon, usually a bike and then a run, but it can be any combo of the three sports.

Bricks are very important because they help prepare you, both mentally and physically, for the triathlon.  Bricks help your body adjust to going from one sport to another (the goal is to transition between the sports as quickly as possible, as you would during the race).  They also help prepare you for the logistics of the transition.  And lastly, you end up working out for longer during a brick than you may exercise if you only participate in one sport, which is great for increasing endurance.

I am really bad at doing my bricks.  My biggest issue with bricks is that I don’t love to do the sports in the order of the race.  This sounds exceedingly picky, but I hate to swim before biking or running because I end up all wet and reeking of chlorine.  Chlorine sweat is the worst!  I could rinse off but I’d lose time and still have wet hair – again, I’m just picky.  So I tend to do my swim bricks in reverse – a run or bike and then a swim. 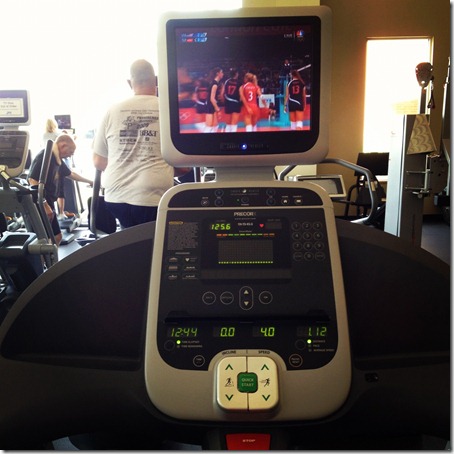 After the run, I dashed into the locker room to transition to swim gear as quickly as possible. 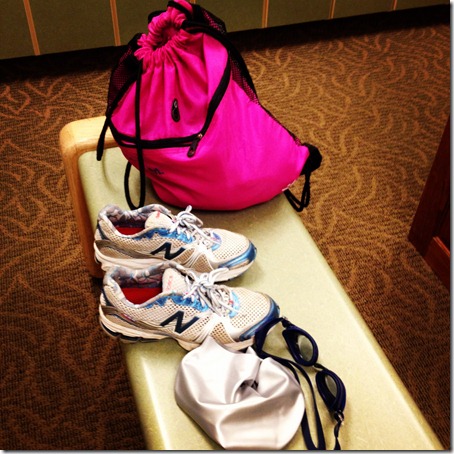 My goal is to do at least one a brick every week until the race – if I were doing a longer tri, I would do more – and try to extend my workout so I’m closer to replicating the race’s distances.  My tri will involve a 750 meter swim and a 5K run, so I’ve got a ways to go… but I’m pretty close! 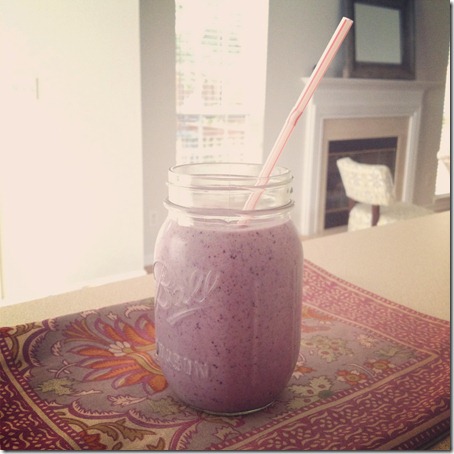 And afterwards, the squishy and I joined the Husband and a few friends for a practice round at the local golf course.  It was a fun way to conclude the weekend! 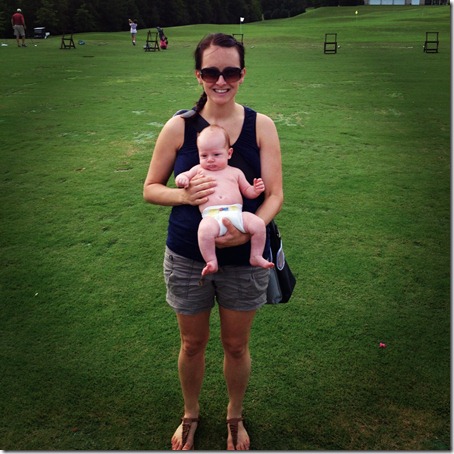 (All the cool babies go nekkid at the golf course.)

Anyone else struggle with chlorine sweat?  Or another quirk that prevents them from doing bricks in the correct order?  My aversion to chlorine sweat is a little weird but man… I really, really hate it.