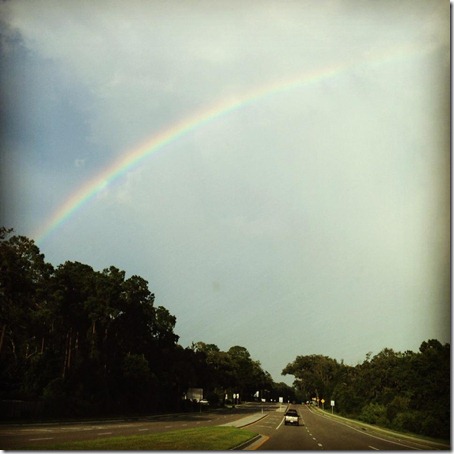 We’ve got the driving-with-the-baby thing down.  I sit in the back and pump (we have an outlet in the car), feed Henry a bottle while he sits in his car seat, pull over for a burping and diaper change, and continue on our way.  Play breaks occur every three hours or so.  It works for a nine week old – but probably wouldn’t for a more active older baby!  We drove from Florida to North Carolina in 7.5 hours this way – practically a record.

However, we were so antsy when we got back home that we nearly drove straight to the gym!  We planned to take turns walking with the stroller while the other ran laps around the track, but Henry wanted a snack after I had done seven laps, so H and I ended up spending a lot of time in the locker room.  Oh well.  Half a mile is half a mile. 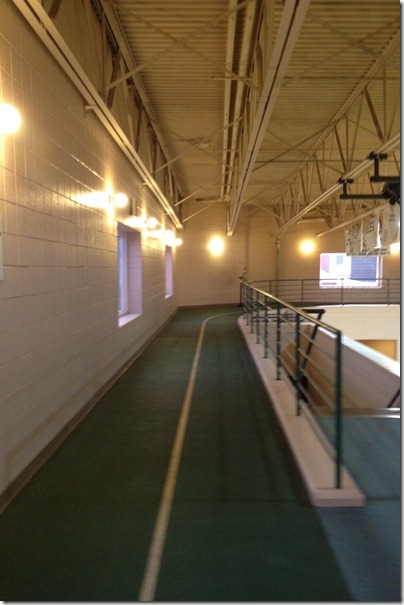 After the snack (my life revolves around nursing – no surprise there, of course), I hit the pool for a few laps.  Today’s swim was more about mental preparation than physical preparation.  I swam 500 yards and spent the entire time visualizing a successful tri (my race is in two weeks), practicing my back stroke (just in case I need a breathing break), and working on sighting.  Sighting is when you look up mid-stroke to see where you are going – don’t want to swim off course!  No lines to follow in a lake. 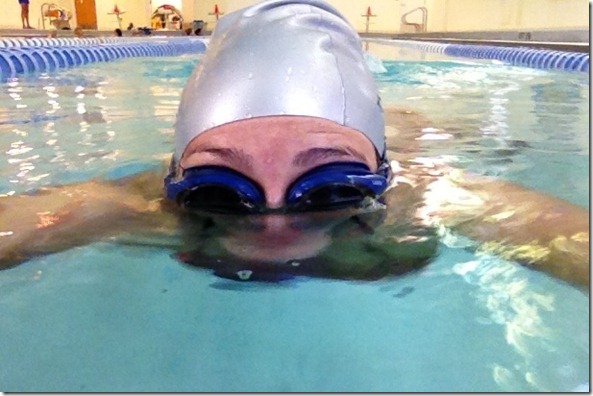 I really think these mental swim sessions are just as important in putting in lots of yardage.  The swim leg of a tri is so emotional (<— So You Want To Do A Triathlon).

A little tip:  If you ever arrive at the pool and cannot find your goggles or swim cap, check the Lost and Found box.  You may locate your lost gear or, if it’s not there, you can borrow something for that workout.  Just be sure to return the cap or goggles after you’re done so their rightful owners can (hopefully) be reunited with their stuff.  (Every lifeguard that I’ve ever asked says this is totally cool, and I don’t think wearing someone else’s swim cap is gross… Chlorine kills everything, right?)

I lost my cap last week and – lo and behold – found it in the box! 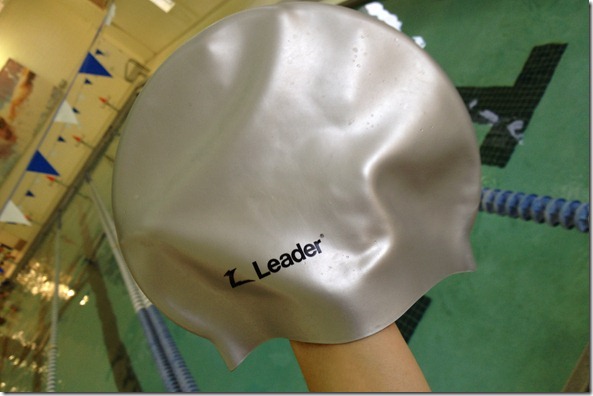 So excited to sleep in my own bed tonight!