6 Things I Did Today 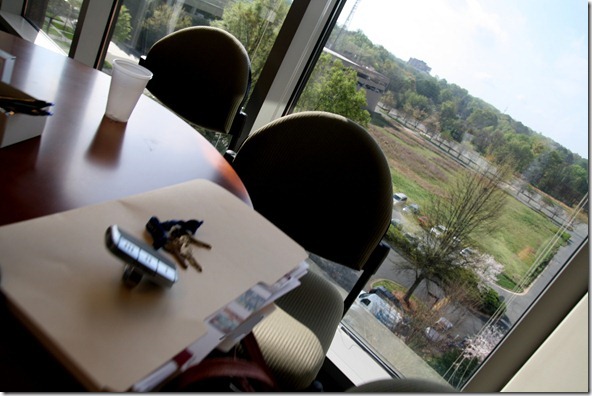 I nearly threw up.  And my palms were so sweaty. COMMITMENT!

#2: Drove to the new house and began to strip wallpaper within three hours of being handed the keys.  DIY, yo.  Get it started.  The wallpaper put up a decent fight, but I won. 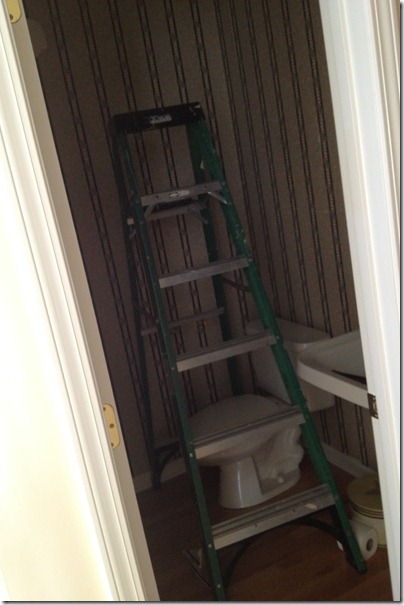 #4:  Supervised a really great activity at Girls on the Run.  Each girl was matched with a buddy who drew an outline of the girl’s body on a large sheet of painter’s paper.  Then, they filled in their bodies in with positive descriptive words.  The lesson drove home the fact that all of our bodies are different and that’s okay… because it’s what’s on the inside that really matters.  So much fun! 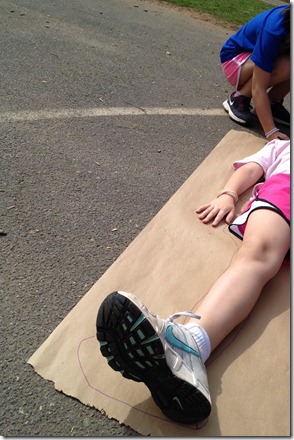 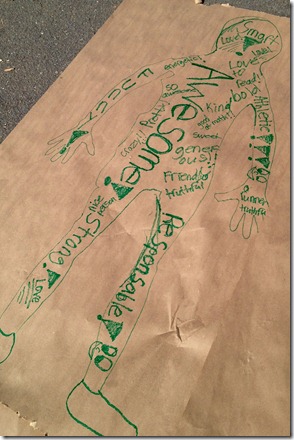 #5:  Ate another veggie burger… But at least I made it interesting.

The veggie burger kick is still strong (it’s fast and easy, what can I say?).  Instead of eating it on a bun, I mashed it into a stir-fry of zucchini, celery, and brown rice.  Yum. 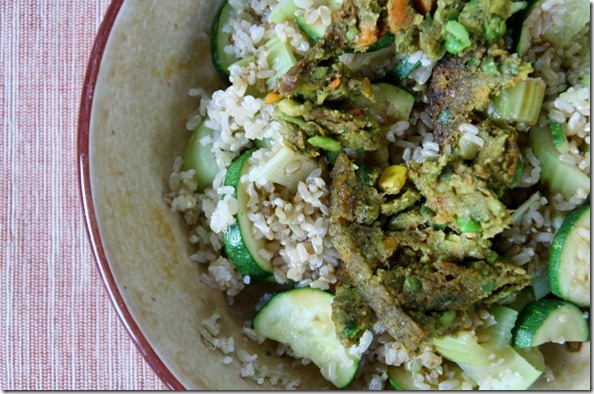 And last, but not least, #6:  Drove to Davidson College and delivered an Operation Beautiful speaking event!  DadHTP came along.  It always makes me nervous to give speeches in front of people I know (potentially humiliating myself in front of strangers is no big deal), but it went quite well.

Was that a packed day or what?!  Whew!

Your turn! Name 6 things you did today.