Lately, the Husband and I have been like ships passing in the night.  He’s been busy with the clinic, and I’ve been traveling all over for Operation Beautiful.  So this morning, we turned off the TV, stayed away from the computer, and just enjoyed each other’s company.  It was very, very nice.

We slept late and then made breakfast together.  I cooked the food, and he made black tea.  Trust me – if you’ve got an English husband, you should let them make the tea!  He breaks out the nice china and everything. 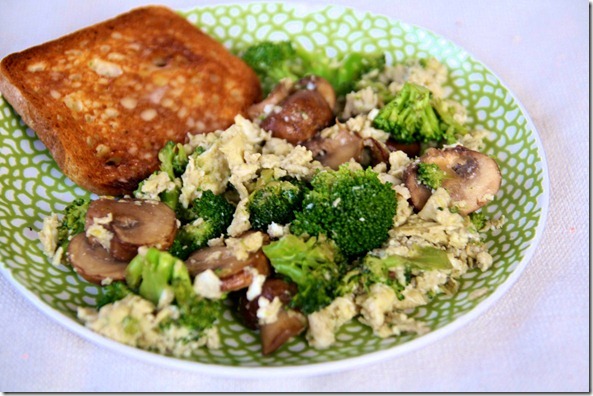 Breakfast included scrambled eggs with stir-fried mushrooms and broccoli.  Some buttery toast on the side. 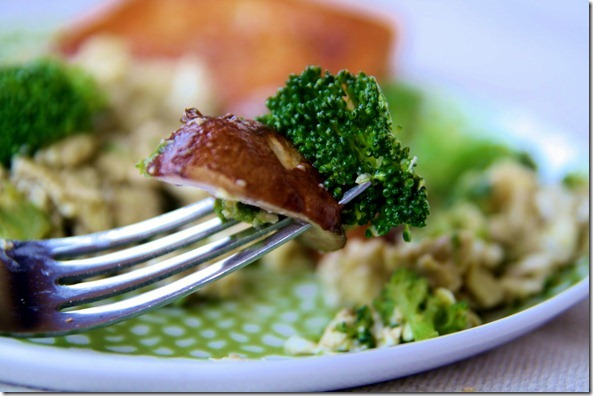 We debated going on a run but I could tell neither one of us seemed very excited by the idea.  Then, we remembered that we had borrowed my mother-in-law’s tennis rackets and headed out to a local court. 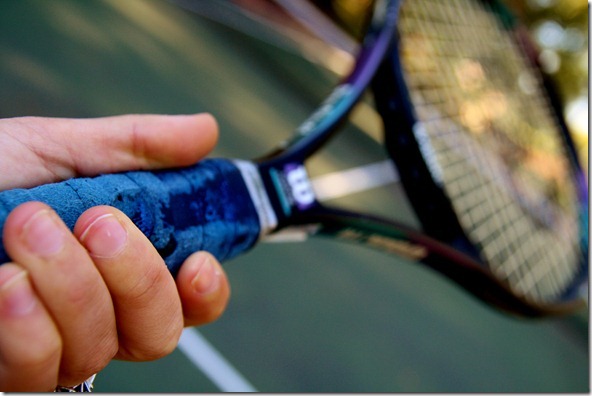 Even though I took months of tennis lessons in high school, I was prepared to spend a lot of time running around the court, chasing screamers hit by the Husband and picking up my own serves that hit the net.  And I did.  Heh.  Good cardio workout, in the very least. 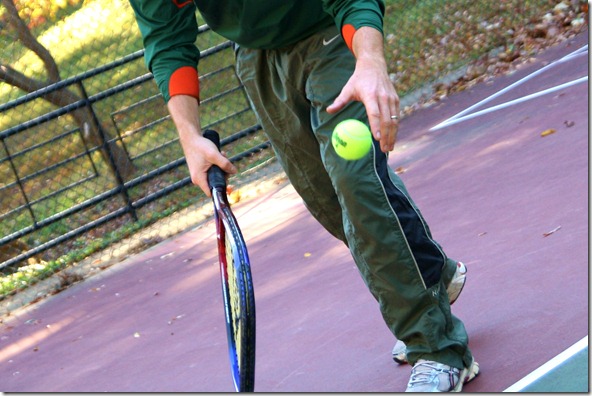 As evidence by this video of the Husband’s secret talent, he has ridiculously great hand-eye coordination.  I hope our future children inherit his athleticism.  Sure, I can plod along for 26.2 miles, but the Husband can pick up pretty much any sport or competitive activity in 10 minutes… and win. 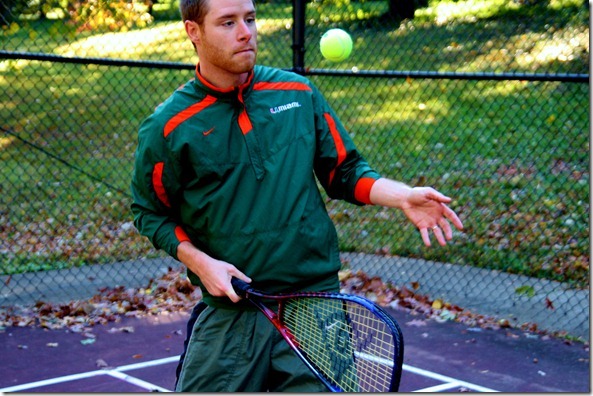 Evidence of his wicked hand-eye coordination:  Without any practice, on the first try, he could bounce the ball off the edge of the racket 15 times in a row.

I could tell he was going easy on me, and yet he still beat me in every single round we played.  I did manage to stick it out for several good rallies, though.  But in general, the score was usually 15-Love or 30-Love. 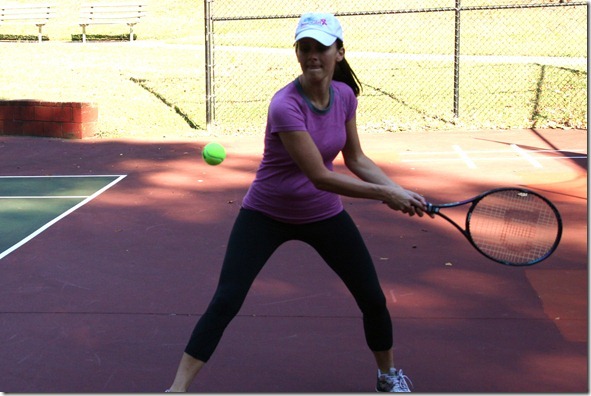 We had such a good time – it was so fun to just do something different – that I’m sure we’ll be back to play again.  Maybe I’ll get better over time!