Most Random Costumes, Ever 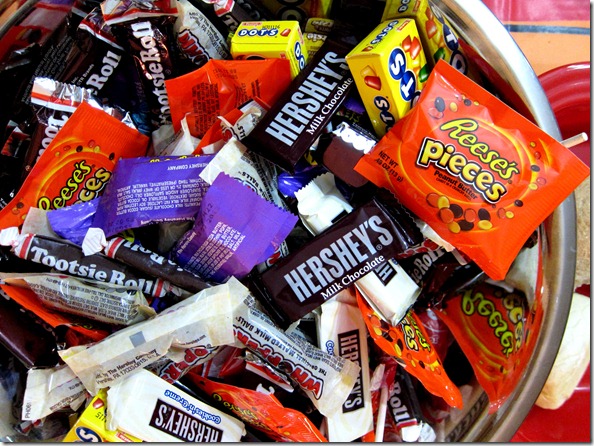 I was so excited to go out tonight – we thought we were going to have to miss the parties.  It would’ve been a shame to waste these epic costumes! 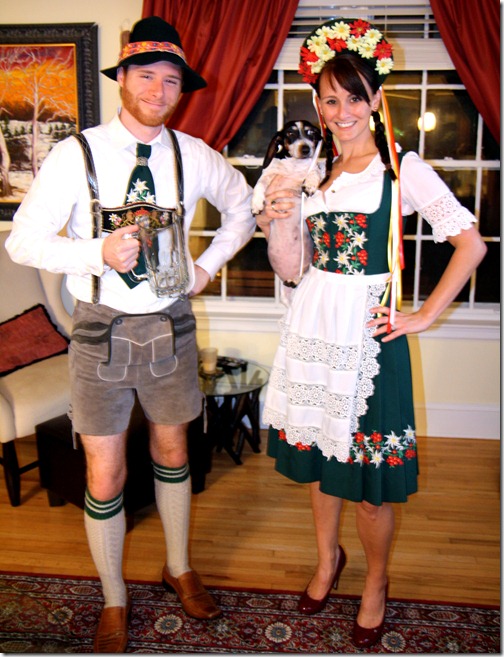 We rented our costumes from a local costume shop called Morris Costumes – and they were ONLY $25 apiece.  I didn’t think we’d be able to find a fun costume set at the last moment (the Husband is big into going as a pair) but Morris came through,  Although, admittingly, the traditional German thing is a pretty random Halloween costume!  They were clearly costumes from a play or choir (names were sewn into the collars) and were a big hit at the parties.  Especially when we filled up our giant beer steins.

Other stand-outs included:  Thor and a Dark Fairy (Isaac and Nicole).  Nicole had a “Magic Wand” app of her iPhone that she waved to make wooshing wand noises.   So 2011 Fairy. 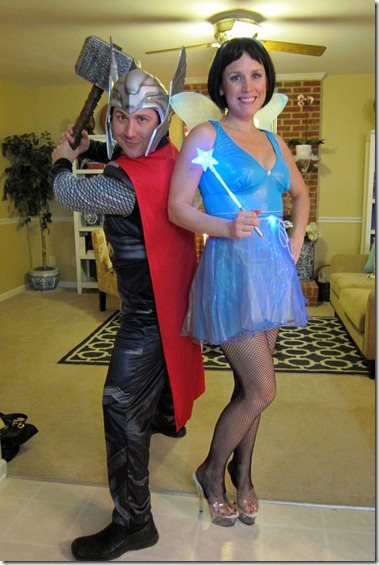 Undecided and a Bunny: 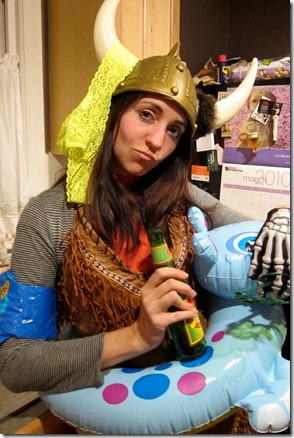 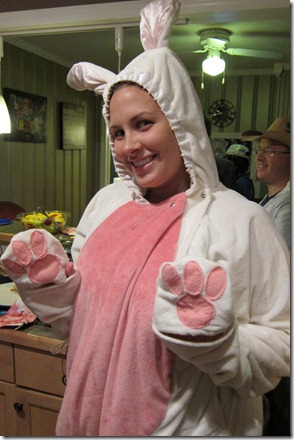 Mario and Olive Oil + a Vampire and Thor (again): 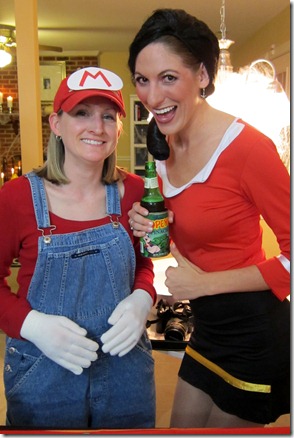 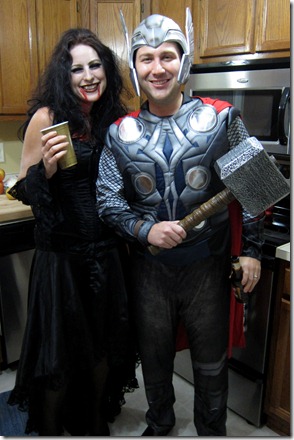 But my FAVORITE costume of the night goes to Michelle, who was the Black Swan!  Wish I had gotten a better pic of her outfit (she’s in the back left).  So demonic. 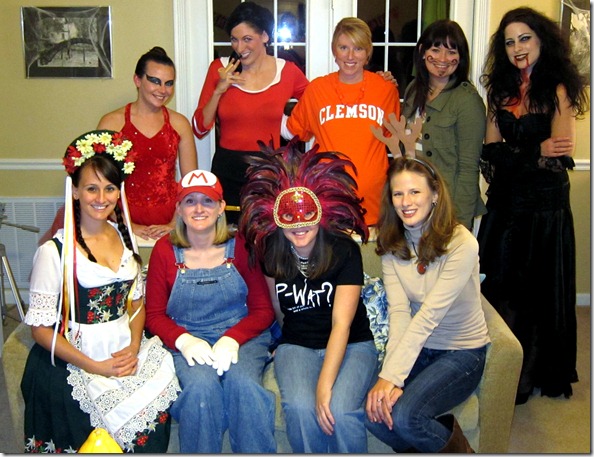 Michelle threw one of two parties that we attended.  She had an amazing chili bar with meat-based and vegetarian chili, as well as cheese, sour cream, onion, and other toppings.  At the second party, I filled up on chips and dip. 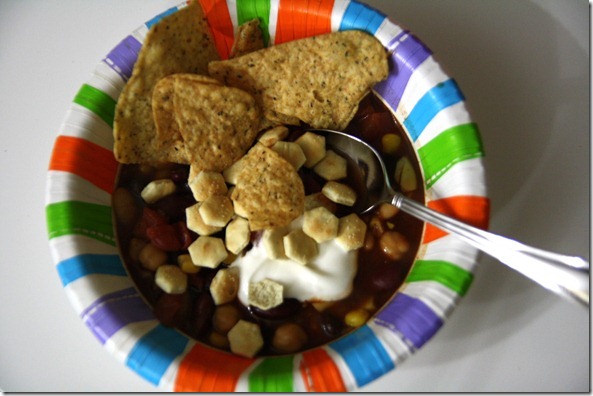 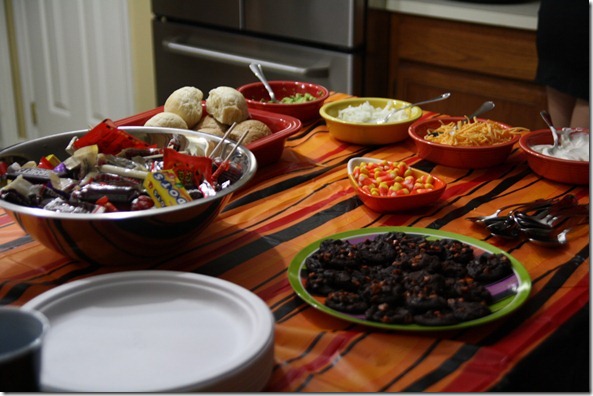 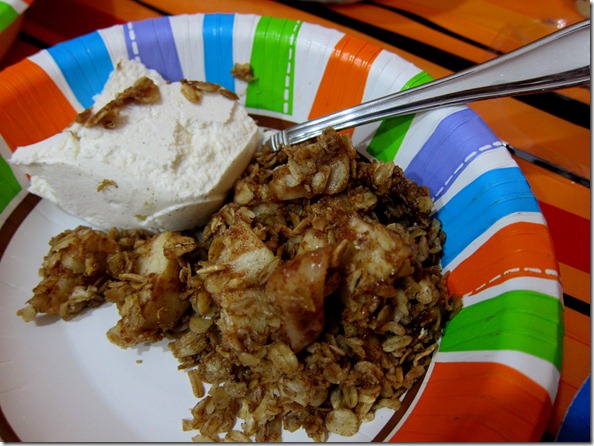 I made my sister-in-law try candy corn (she’s from England and has never even HEARD of candy corn – for shame).  She remarked, “This kind of tastes like ear plugs coated in sugar.”  Ha!

All in all – a very silly Halloween indeed. 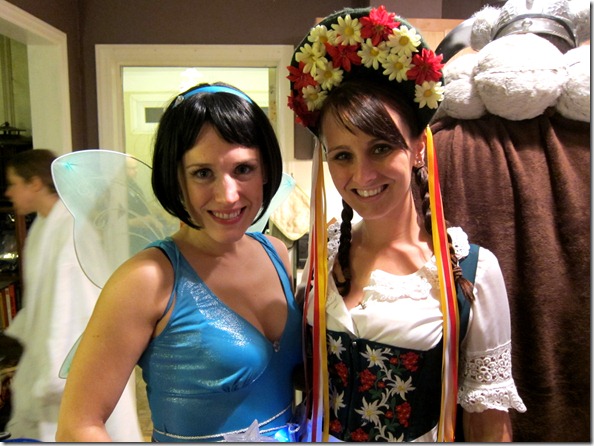