When the going gets tough, hug a wiener dog. 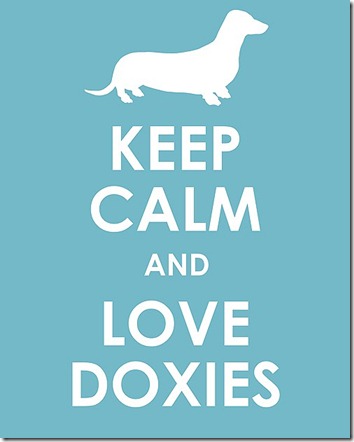 (I have that print in my bathroom and it makes me so happy every single day!)

Dachshunds really do make everything better. 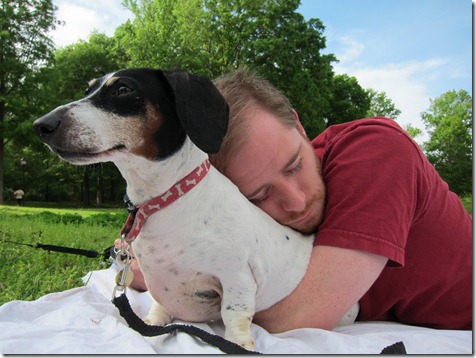 Mutts are awesome, too – of course! :)  Actually, all rescue pups rule. 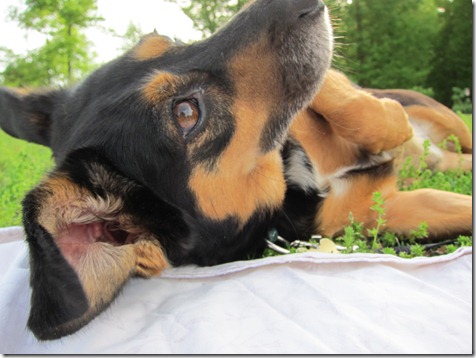 But there’s something special about a long dog. 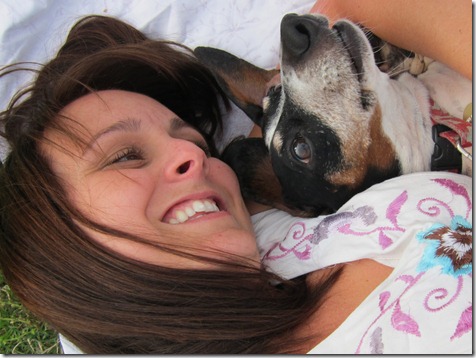 Did you have a good day? I hope so.  We ended up working all afternoon at the clinic.  Then, we retreated to the park for some dachshund-hugging and people-watching.  :)  It was a nice way to end a stressful day.  Sometimes it’s really just about making the choice to chill out and flip your attitude around.

Apple braid for a snack: 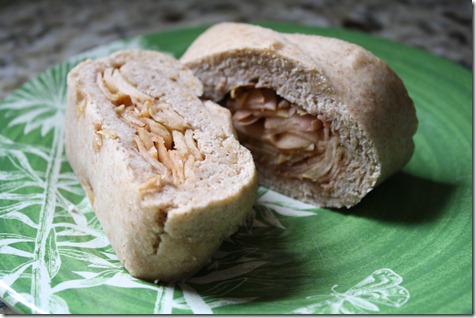 And dinner was homemade pizza.  My dad came over, and since he loves pizza, I wanted to make him my 1/2 and 1/2 crust.  But I think I should’ve rolled it thinner because it ended up too cakey and thick. 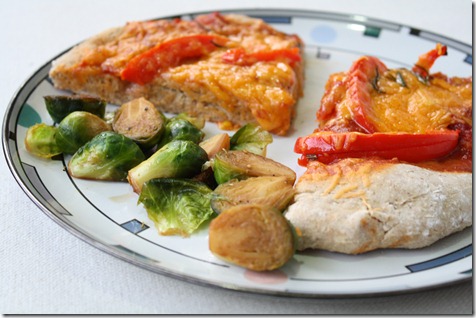 Still – there’s no such thing as bad pizza, is there?  Pizza is always pretty delish. 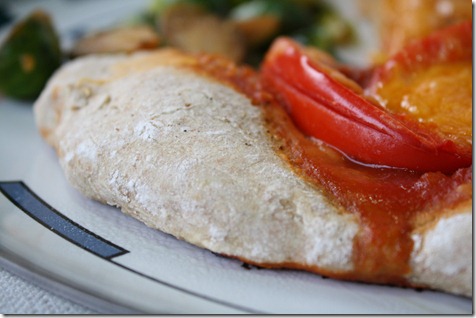 Oh, and I wanted to share some tips from experienced swimmers about my sore-leg-muscles issue, as well as the kicking conundrum: